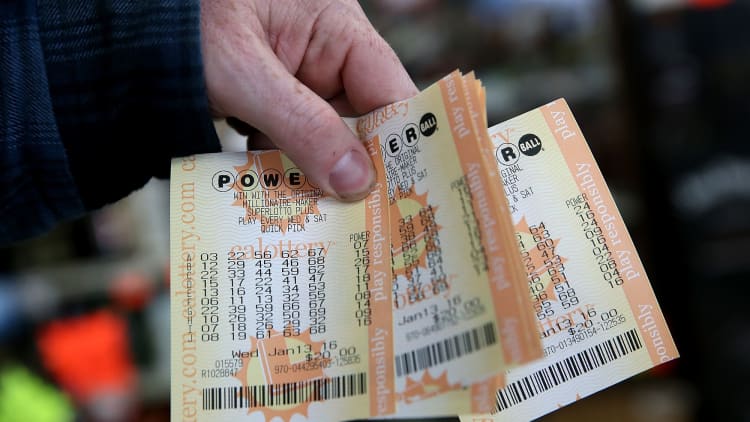 watch now
VIDEO0:0000:00
Winning the lotto doesn't have as much value as you think
Digital Original

The Powerball jackpot, which was won by a lucky soul in California on Saturday, soared to nearly $448 million, after last week's drawing failed to yield a winner for the top prize.

That massive haul ranks among the largest jackpot in U.S. history, and eclipsed a $435.3 million Powerball win in February that went to an anonymous winner in Indiana.

While $448 million seems like a lot of money, alas, the winner of this weekend's drawing won't walk away with the full amount.

Lottery site USAMega.com estimates the federal tax withholding on a lump sum would be somewhere north of $68 million, and state taxes could knock out up to another $24.1 million (with New York the worst offender). Those figures are just the amounts withheld up front; your final tax burden is likely to be even higher.