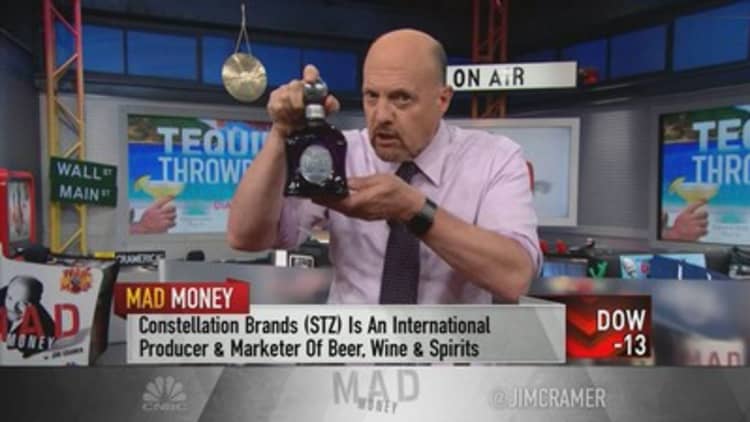 "It's not very often that I get to talk about one of my favorite subjects on air: tequila," the "Mad Money" host said.

At first glance, what intrigued Cramer most was the deal's price tag: $700 million up front, with $300 million still on the table depending on future performance.

To Cramer, this seemed like a fortune, even though tequila is one of the fastest-growing categories in liquor, with average tequila volumes doubling from 2002 to 2015. 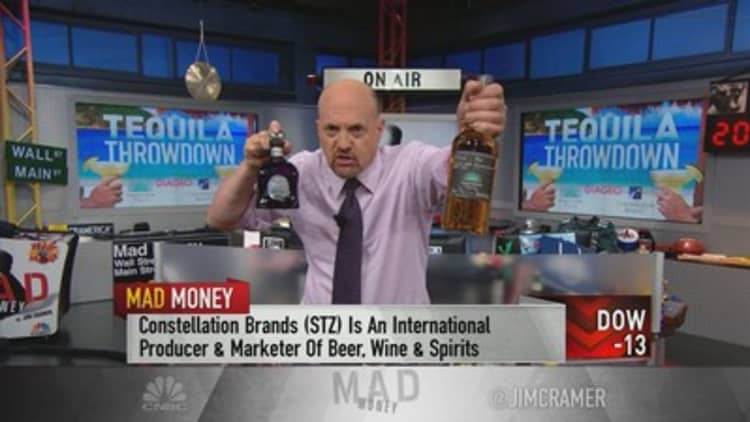 "Super premium" tequila brands like Clooney's grew even faster. Casamigos saw 650 percent growth over the same period, which could have justified its massive selling price.

But Diageo, the maker of Johnnie Walker Scotch, Captain Morgan rum, Smirnoff and Ketel One vodka, Hennessy Cognac and Tanqueray gin wanted to break into tequila, and Casamigos marked a high-growth opportunity.

"The idea here is that Casamigos will help the company take share in the super premium category, while also giving them a terrific platform to grow its tequila business overseas," Cramer said. "If they can keep Clooney as the face of the brand, this thing could really take off outside of the Western Hemisphere."

That said, Diageo shelled out a lot of money for Casamigos relative to the rest of its industry. Cramer compared the deal to Constellation Brands' 2015 purchase of tequila brand Casa Noble, which only set Diageo's competitor back less than $30 million.

But since Constellation took Casa Noble under its wing, the company has expanded rapidly, doubling its sales in the year following the deal so much so that Constellation dubbed it the fastest-growing luxury tequila on the market.

"Again, I'm not saying Diageo overpaid here, they're just later to the party than Constellation," Cramer said. "[But] with what Diageo's paying for Casamigos, management says it could take three years for the deal to become additive to the company's earnings. I don't like that."

That conclusion leads Cramer to believe that Constellation is still the best liquor company out there, especially considering its red-hot beer brands, Corona, Modelo and now Pacifico.

That said, the U.K.-based Diageo has proven to be a fierce competitor, and turmoil in Prime Minister Theresa May's government has weakened the pound to the benefit of the major exporter.

"However, Constellation's got faster growth, and it's proven to be the savvier operator by far," Cramer said. "They got into tequila early, they got into wine at the right price point, purchased high-end whiskey at the right moment, and they also bought into the craft beer market before that one surged, too, all thanks to the terrific leadership of CEO Rob Sands."

The stocks trade at more or less the same valuation, and Cramer generally likes them both, particularly because the alcohol business is rarely subject to price wars.

"I love both Constellation's Casa Noble and Diageo's soon-to-be-acquired Casamigos. I go back and forth between them for myself at Bar San Miguel — by the way, their bottles are right next to each other in the middle of the bar. They're the smoothest and they've each been winners of blind taste tests at the joint," the "Mad Money" host said. "But based on what Diageo just paid to expand its premium tequila lineup, I have to conclude that Constellation is by far the better buy here, because they got Casa Noble for so much less and their stock, even after its huge run, remains nicely undervalued."