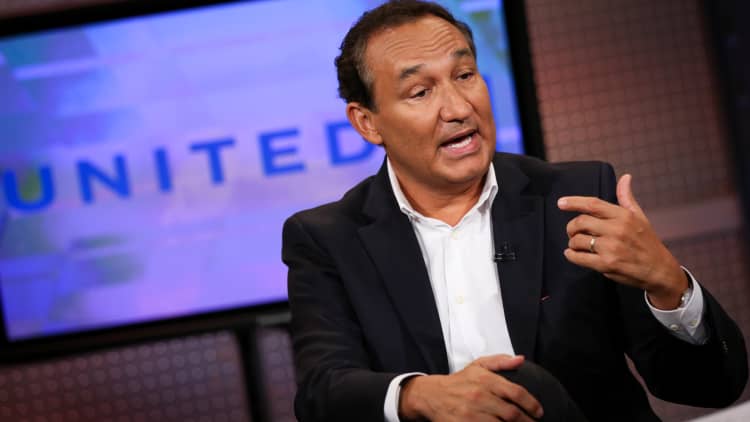 Here's how the company did compared with what Wall Street expected, according to Thomson Reuters:

In the comparable year-ago period, United reported earnings of $2.61 per share on $9.40 billion in revenue.

Shares of United fell more than 3 percent in extended trading.

The stock has had a strong run, gaining more than 8 percent so far this year and hitting a 52-week high of $83.04 on June 2. Heading into earnings, the stock closed below that level at $78.90.

The airline operator is recovering from a viral public relations nightmare, after a passenger was forcibly removed from an overbooked United Express flight operated by Republic Airways.

United has since settled with Dr. David Dao for an undisclosed amount. The company has also made a number of policy changes it hopes will prevent a repeat incident. Dao and his fellow passengers had been offered $800 to give up their seats for crew members. Under the new policy, United said it will offer up to $10,000 to customers who volunteer.

On Tuesday, United said it has reduced the amount of overbooking. The airline operator said in May it saw a 79 percent decrease year over year in passengers being involuntarily denied boarding. In June, that metric declined 88 percent year over year.

The April debacle led to CEO Oscar Munoz testifying before the House Transportation Committee in May, where he pledged, "This is a turning point for United." Munoz has repeatedly apologized for the fiasco, calling it a "system failure" during an earnings conference call in April.

So far this year, United shares have gained nearly 8 percent. 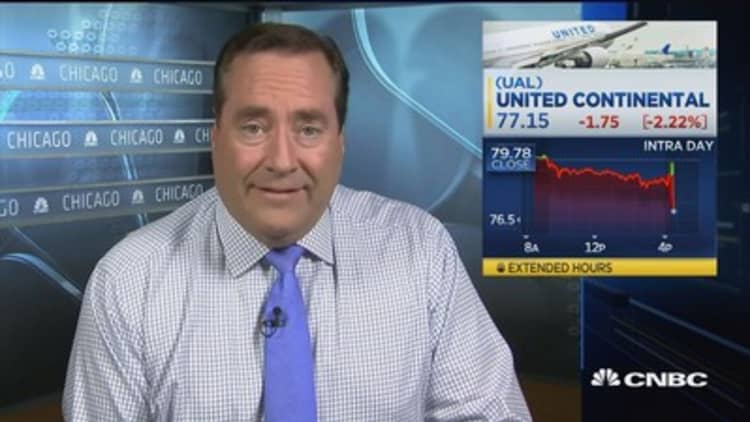