Google, based in Mountain View, California, has purchased 52 properties in Sunnyvale, California, about four miles to the south, for $820 million from a real estate development partner, CBRE, according to a report in Silicon Valley Business Journal.

A real estate brokerage has been quietly assembling the properties on behalf of the search giant, the report says.

The purchases fill in gaps between multiple smaller campuses in Sunnyvale — the long-time home of Yahoo — that Google has purchased or leased in recent years, the report says.

The move comes one month after the company to negotiate with the city of San Jose for the purchase of 16 tracts of land near that city's convention center and pro hockey arena.

Google and its development partner in that deal — real estate giant Trammell Crow — have already spent more than $100 million buying up parcels in San Jose.

When these purchases are complete, Google's Bay Area employees will be spread out from San Francisco to San Jose, while employees at its main Silicon Valley rivals Apple and Facebook will largely be clustered more closely together. That matters partially because of the region's traffic congestion, which earlier this year was named the third worst in the U.S. after New York and Los Angeles.

Google, which reported on Monday that it now has more than 72,000 employees, needs room to expand as it looks to hire even more workers to sustain its growth. Google did not immediately respond to a request for comment.

Read the full report on the Sunnyvale purchases here. 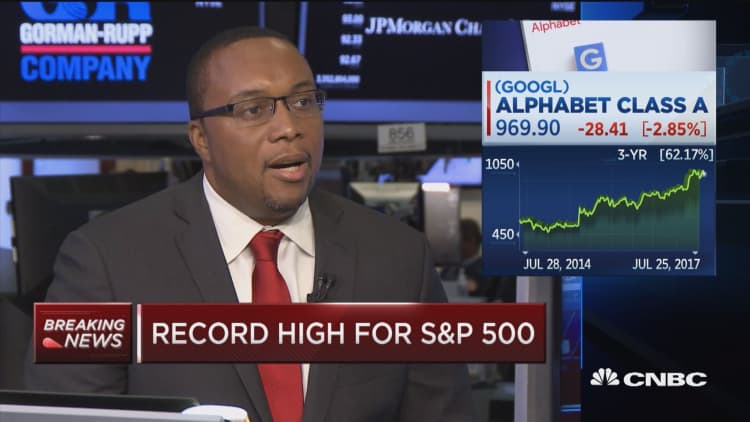