Rumors of Trump's demise are, once again, greatly exaggerated 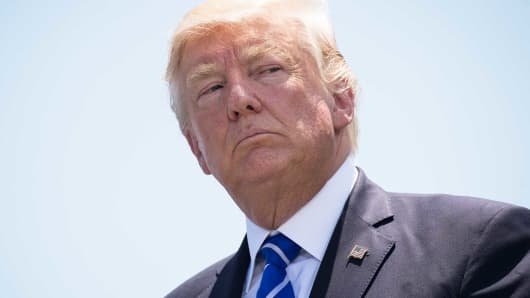 It seems like the established political and punditry world needs many frequent reminders about President Trump's resilience every time he goes through a wounding incident like he is now with the beating he's taking over his response to the violent protests in Charlottesville last weekend.

So here are the several reasons why President Trump is simply down, but not out in any permanent sense. There are four key things to remember:

(Note: None of the points below are excuses for President Trump. They simply explain why he's not as vulnerable as many people think he is.)

1) Trump wins when he loses

It may seem like all Americans are at least frustrated that President Trump often shoots himself in the foot with unnecessary comments and tweets. But this also exemplifies Trump's fighting nature that so many voters clearly like. Many conservatives feel like they tried "nice" before with people like Presidents George H.W. and George W. Bush, and GOP presidential nominees John McCain and Mitt Romney, but that still resulted in no real reduction in condemnation and bile from the left.

For better or for worse, and to the repeated horror of the Bushes, McCains, and Romneys, Trump isn't playing nice. And for every moderate or casual Trump-leaner he may lose by fighting, he could easily be gaining the more fervent support from his base.

One major Trump donor even told CNBC Friday that the president is "being bullied" over this Charlottesville controversy. That response should tell you something about how President Trump's supporters are responding to events playing out this week.

2) The stock selloff fake out

Trump's voter base is hardly represented by Wall Street or major corporate interests. Much more important to the voters Trump needs to at least tacitly back him are the broader economic numbers. And, thanks to President Trump or not, those numbers are stellar. Unemployment is at a 16-year low, and the consumer sentiment levels are at near record highs. With fewer and fewer Americans even owning stocks, the fate of the stock market is hardly a top priority in politics for someone like President Trump who already proved he doesn't need Wall Street's support to win the White House.

It seems crazy to have remind anyone of how we shouldn't rely on the accuracy of polls after they just about all got the 2016 election so wrong.

But in case anyone is really convinced by all those record low approval numbers for President Trump, take them with this added grain of salt: His supporters may be skewing the numbers by avoiding polls right now. It may sound crazy, but even Psychology Today noted the work of Professor Raymond La Raja who argues that people holding perceived unique political views are more likely to withdraw from political discussions and public declarations for candidates even in anonymous polls in order to avoid the personal costs of being exposed.

In other words, just about every poll on President Trump is probably under counting his support.

4) The "other teams" are even weaker

Another key fact too many pro-Trump and anti-Trump Americans also don't get is that none of this means Trump is bulletproof. But American politics is almost always about a two team game. And until someone from the other team, (the Democrats), really emerges as a true electoral challenge to President Trump, a lot of this won't stick. The same goes for the establishment Republicans, who are still electorally dead in the water after two bruising defeats in the 2008 and 2012 general election to Barack Obama and an even more embarrassing and clear loss to Trump in the 2016 primaries. When people like Senators McCain, Lindsey Graham, Bob Corker, et al criticize him, it means very little.

And the Democrats, without control of Congress or a national leader with any wide appeal beyond progressive fringes, aren't potent critics of the administration right now.

Both party establishments still need a vote-getting leader and President Trump already has the White House leadership role they covet. He has enormous executive power at his fingertips and the ability to win over some doubters with even the smallest backtracking like his recent ousting of Chief White House Strategist Steve Bannon, or just the passage of time.

The U.S. is not a parliamentary democracy where individual leaders can be ousted with previously unscheduled votes of no confidence or by coalitions of once opposing parties that come together to form a new ruling majority.

That leaves his die-hard opponents praying for long shot outcomes like impeachment or resignation. And those two possibilities aren't demonstrably closer to reality today than they were during the last, second-to-last, or third-to-last times Donald Trump was incorrectly deemed by the pundits to be politically finished.

WATCH: This man says that President Trump is a victim of bullying 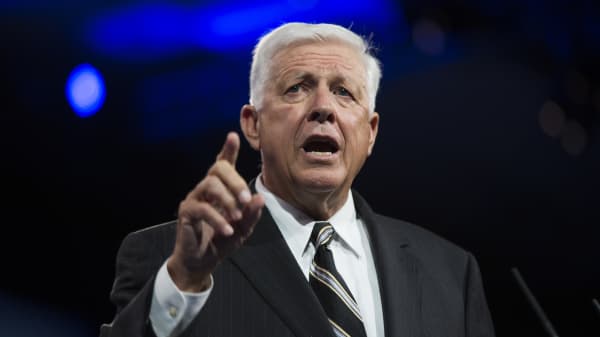