A decade ago, Sallie Krawcheck was in the throes of Wall Street chaos. She moved from the CFO job at Citigroup to lead the bank's wealth management group and got caught up in a high-profile management shake-up.

After leaving Citigroup in 2008, she presided over Merrill Lynch's global wealth management division for two tumultuous years as parent company Bank of America dealt with the fallout of the financial crisis.

Krawcheck is now her own boss and has investment dollars coming her way.

Ellevest, a digital investment platform targeting women, has raised $32.5 million, according to a filing posted with the SEC on Wednesday. Another $2.2 million in stock remains to be sold. The final size of the round may be larger.

Jenny Abramson, the founder of venture capital firm Rethink Impact, has joined Ellevest's board, which means she was also likely part of the investment round. According to its web site, Rethink is a female-led venture firm "particularly focused on supporting companies that have women in management roles and use technology to generate positive impact at scale."

Krawcheck has been very public about the systemic challenges women face in the workplace, particularly in the hypercompetitive environments of finance and tech. In June, following the ouster of Uber CEO Travis Kalanick, whose company was in the midst of a sexual harassment crisis, Krawcheck published a piece on LinkedIn about the time "I was literally told to 'sit down and shut up' when I was fighting to reimburse client funds" for products that Citibank never should've sold. 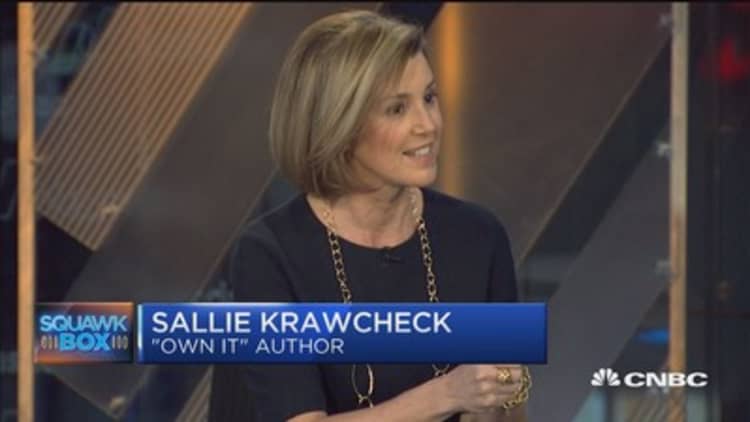 In discussing her decision to start her own business, Krawcheck wrote that she was fortunate enough to have means that other women don't possess.

"My mission is to get women more money, by closing their gender investing gap and their other gender money gaps," she wrote.

Ellevest is competing in the robo-advisor market against venture-backed companies like Wealthfront and Betterment. However, Ellevest is specifically going after women with investment plans that factor in things like career breaks and the gender pay gap. The company's technology helps determine how much a client should contribute to reach her goals and then manages a portfolio of stocks and bonds through low-cost exchange-traded funds.

The New York-based company grew from 13 to 30 employees last year, according to a profile in February as part of CNBC's Upstart 25 list.

(Clarification: Updates first paragraph to say that Krawcheck moved from CFO of Citigroup to the bank's wealth management division.) 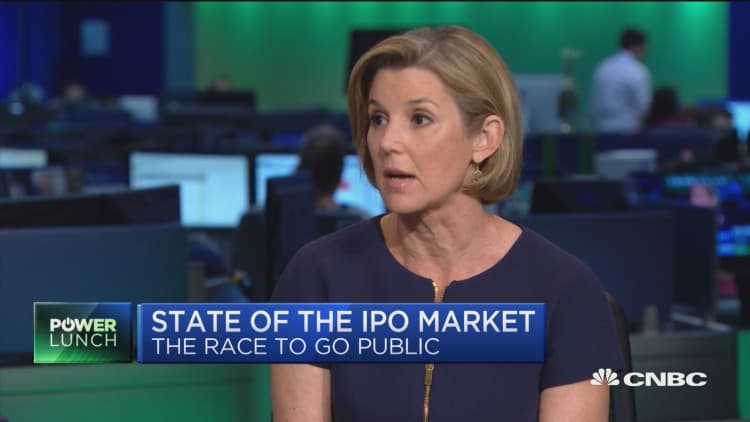