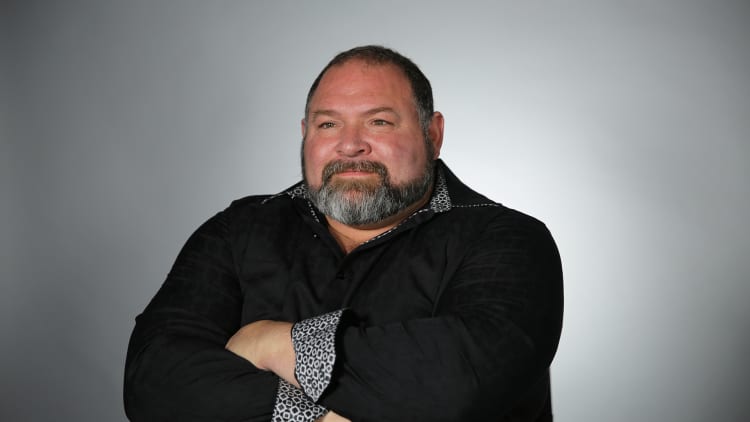 watch now
VIDEO1:5601:56
Why this CEO trains his employees to quit
My Success Story

When Craig Handley hires new employees, he hopes that they will leave.

He runs ListenTrust, a call center based in Hermosillo, Mexico, and staffs a team of about 1,000.

"The first day they come into work with us, we tell them that were hiring them and training them to quit," he said.

"None of my employees ever woke up at 10 years old and put on a headset and sat down and pretended they were answering customer service or sales calls," he said. "That wasn't anybody's dream."

"My dreams is to build a world-class call center, it's not theirs."

Handley, 46, started ListenTrust about 12 years ago "in my mother-in-law's basement," he said. "I was poorer than most of these people," he said, but "I built a vision of what I wanted."

Passionate about music, Craig Handley (right) is also a songwriter and producer.

Later, he initiated dream trust, a program that helps his mostly Mexican and bilingual-speaking employees identify their own personal and professional goals and then provides the means to achieve them. To that end, the company offers training programs on everything from how to build a website to paying down debt.

Handley modeled the program after Matthew Kelly's book "The Dream Manager" and Jon Butcher's motivational "LifeBook" sessions, as well as his own experience starting out with nothing.

Now, he encourages every one of his workers to go after their own dreams. ListenTrust budgets about $3,000 a month to the dream trust in addition to keeping a full-time coach on staff to meet with employees and run the program day-to-day.

Individual goals have varied from opening a checking account to launching a business. Some are as simple as earning enough money to buy a new computer for a son or daughter before the start of school.

"We've had over 50 dreams already granted, from buying a house to successfully battling addiction," Handley said. "They're all pretty meaningful."

Going forward, Handley said they might increase the budget to sponsor more "bucket-list" excursions like skydiving or scuba diving. (Handley himself is an adventure seeker — he swam with great white sharks in South Africa, snowmobiled across a live volcano in Iceland and hiked through the jungles of Malaysia.)

Craig Handley does the 'Ice Bucket Challenge' with his staff.

As a result, his employees are happier, and turnover has fallen significantly to just 4 percent from around 24 percent, Handley said.

"We do pay probably better than most companies, but I don't want people coming to us for money. I want them coming because they want to be engaged with what we're doing, they care about the dream trust program and they have dreams of their own."

Handley hopes other companies will adopt a similar approach.

"This impact should ripple and spread," he said. "Every company should support their own employees going after their dreams."

How these ex-NFL stars avoided the pitfalls of being young and rich
Jessica Dickler
How relentless emailing helped this 25-year-old snare $300,000 from Mark Cuban
Ron Grover, special to CNBC.com
This ex-Googler found the healthiest people in America — and now he's selling them life insurance
Christina Farr
Read More