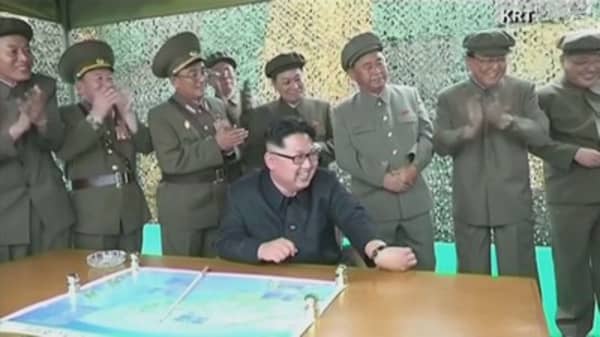 The Trump Administration continues to pound away at North Korea, insisting military options are on the table, but so far the threats have not stopped Pyongyang from pursuing tests of its nuclear weapons and ballistic missiles.

"The United States has great strength and patience, but if it is forced to defend itself or its allies, we will have no choice but to totally destroy North Korea," said President Donald Trump at a speech to the UN General Assembly (UNGA) in New York on Tuesday. "Rocket man is on a suicide mission for himself and for his regime," he said. "Rocket man' refers to North Korean leader Kim Jong-un.

Trump warned last month that "all options are on the table" after the North launched a missile designed to carry a nuclear payload over U.S. ally Japan. That was followed by Pyongyang's 6th nuclear weapons test on September 3rd, and 12 days later, North Korea launched a second missile over Japan, just days after the United Nations Security Council (UNSC) imposed new sanctions against the North.

U.S. Ambassador to the UN Nikki Haley told CNN on Sunday that the UNSC has "pretty much exhausted" all its options, but indicated Defense Secretary Jim Mattis "has plenty of military options." And on CBS, Secretary of State Rex Tillerson said, "If our diplomatic efforts fall through, our military option is the only one left."

Earlier this month, Mattis said the U.S. will answer any threat from North Korea with a "massive military response, a response both effective and overwhelming." On Monday, when asked at a news conference about whether the U.S. has military options for North Korea that would not put Seoul at risk, Mattis said, "Yes there are. But I will not go into details."

Meanwhile, Kim Jong-un has vowed to continue the North's weapons programs, saying the country is getting close to its goal of "equilibrium" to match U.S. military force.

The Cipher Brief's Kaitlin Lavinder asked Ambassador Joseph DeTrani, the former special envoy for Six Party Talks with North Korea and the former director of the National Counterproliferation Center, if he thinks a military solution is possible – and what the consequences would be.

The Cipher Brief: As the bellicose rhetoric from both the U.S. and North Korea continues, the U.S. is signaling that all options – including a military one – are on the table. Is there a realistic military solution?

Ambassador Joseph DeTrani: Given North Korea's provocative and threatening behavior, with 16 missiles launched this year, including an ICBM [intercontinental ballistic missile] and IRBM [intermediate range ballistic missile], a likely hydrogen bomb test, their sixth nuclear test, and the vitriolic hyperbole from Pyongyang, it's understandable that "all options are on the table" in dealing with North Korea.

Ideally, talks that halt the North's nuclear program and pursue comprehensive denuclearization is the preferred option. However, if North Korean leader Kim Jong-un eschews talks, then we should be prepared to intercept and destroy any ballistic missile that poses an imminent threat to the U.S. or its allies.

A declaratory statement should be sent to Pyongyang making it clear that any "imminent threat" will generate a pre-emptive strike, and Pyongyang should think twice about any response to this pre-emptive strike. In response, it's possible Kim Jong-un would provoke an attack on the Northern Limit Line (NLL) – similar to the Cheong An incident in 2010, when the North attacked a South Korean frigate, killing 46 sailors – or attack a South Korean island, as they also did in 2010.

TCB: What would a military solution look like? What would be the consequences?

DeTrani: If the U.S. were to conduct a "preventive" attack against a base or facility to deny the North the ability to attack, then I think they would retaliate in a more ferocious way, using conventional weapons to attack Seoul, at a minimum.

TCB: Would the U.S. risk this – an attack on a close ally, Seoul?

DeTrani: I can't foresee North Korea attacking Seoul if we intercepted a missile posing an imminent threat to the U.S. or South Korea. This is an internationally accepted responsibility of any government to protect his/her country and people. Seoul and Tokyo should understand and concur with this approach, given that missile defense systems are in South Korea and Japan.

To not respond to an imminent threat is the height of weakness, confirming we're a paper tiger. This would then encourage more aggression from North Korea if we didn't have a pre-emptive policy of intercepting and destroying any missile viewed as an imminent threat.

DeTrani: More missile defense deployments, enhanced joint military exercises with South Korea (which should also include Japan), additional sanctions and secondary sanctions, and more information into North Korea, with a declared pre-emption policy, is the approach I would recommend, if North Korea refuses to halt its nuclear and missile programs and enter into exploratory discussions with the U.S. and possibly South Korea.

This interview was originally published on The Cipher Brief.

WATCH: Here's what a land war with North Korea could look like 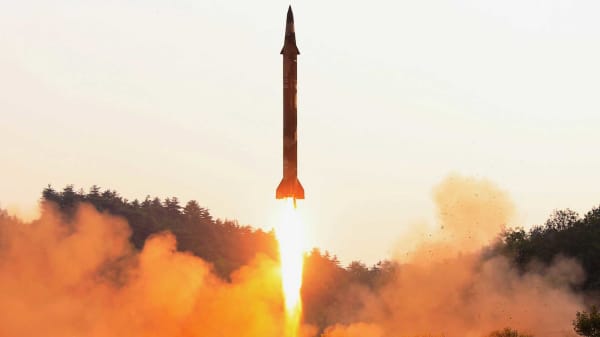