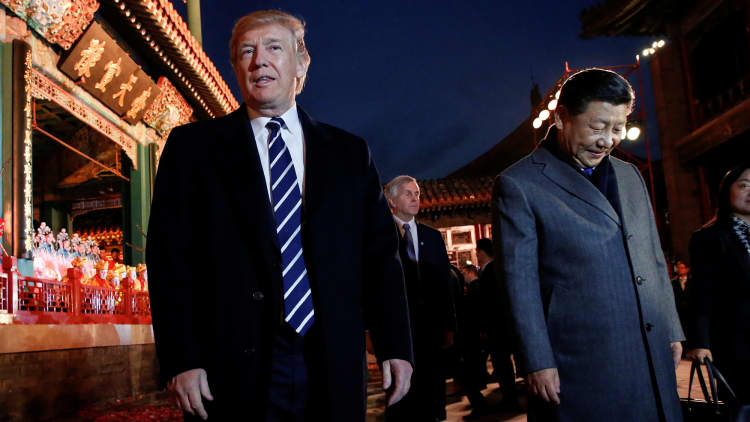 As the U.S. stock market heralds the "Trumpiversary" — the one-year mark of the 2016 presidential election and a 21 percent gain in the Standard & Poor's 500 — pundits of both politics and business are asking the same question.

Did investor confidence in President do this?

One answer comes from international markets, which have been outpacing the U.S. year-to-date, driven by a roaring comeback in emerging markets. As much as Trump wants to claim credit for reviving animal spirits in America, a good chunk of U.S. economic and earnings momentum can be traced to trade with countries whose access to U.S. markets Trump vowed to restrict, and especially to a resurgence in China, which during the campaign Trump vowed to declare a currency manipulator and to slap tariffs on Chinese goods.

"Emerging markets' macro fundamentals are extremely good," said Ajay Kapur, a Hong Kong based EM strategist for Bank of America Merrill Lynch. "Most, except for China, have low debt. All of them have trade surpluses. They've cut back on capital expenditures the last few years. It all sets up for a pickup in returns on equity and expanding profit margins. This seems to be a synchronized global recovery, and it has been a long time since that has happened.''

Indeed, history and fundamentals indicate that U.S. markets rarely get much of a push from new presidents, said Sam Stovall, chief equity strategist at CFRA. Still, CFRA says consensus earnings estimates for the year are rising, with now predicting a 12.6 percent gain in S&P 500 profits for the four quarters ending in September 2018, with sales rising 6 percent. That gives U.S. markets more room to run.

President Donald Trump raises his fist to the crowds during the 58th U.S. Presidential Inauguration after he was sworn in as the 45th President of the United States of America in Washington, USA on January 20, 2017.
Samuel Corum | Anadolu Agency | Getty Images

Nonetheless, new presidents don't get much credit for rising stocks, especially Republicans, Stovall says. First-year Democrats have generally had much better markets than rookie GOP presidents since World War II, aided by external events like the end of World War II for Harry Truman and the first bounce back from the 2008 crash during Barack Obama's first year. On the other hand, George W. Bush inherited the popping of the Internet bubble in 2001, when the market dropped 13 percent.

The best Republican first-year president, as measured by stock performance, was George H.W. Bush, who saw the S&P 500 climb 27 percent in 1989. The best (or luckiest) Democrat was Truman, who presided over a 31 percent jump. Rallies under Ronald Reagan and Bill Clinton came later in their terms.

International markets are a good bet to continue to outpace the U.S., Merrill Lynch says.

The reasons have little to do with politics, according to Kapur. Growth has rebounded sharply, especially in China, where gross domestic product grew at a 6.8 percent annual rate in the first nine months of the year and stocks are up more than 40 percent. Valuations are lower too, with stocks trading at 1.7 times book value — well below the three-times-book level that historically ends emerging-market rallies, he said.

That adds up to a prediction that emerging-market Asian stocks will double over over the next two years, even after a 60 percent gain since early last year, Kapur wrote in a September report. Earnings in Asia, excluding Japan, are rising at 25 percent this year and 20 percent next year, he added in an interview. 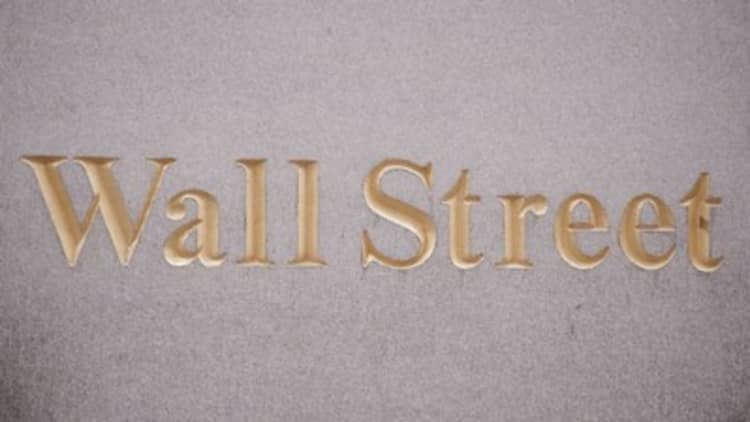 watch now
VIDEO0:4500:45
Trump boasts: 'The reason our stock market is so successful is because of me'
News Videos

At the same time, the U.S. economy is not moving notably faster than it has in the last several years, said Moody's Analytics economist Ryan Sweet. Growth in gross domestic product over the first nine months of 2017 averaged a 2.4 percent annual rate, little changed from the 2.3 percent rate over the prior three years. In fact, growth is slower than in 2014 or 2015, but stronger than last year, when uncertainty about China and the strong dollar led U.S. exports to dip by 7 percent, or $167 billion, from their 2014 peak. Exports are up about $100 billion this year through August, according to Census Bureau data, as the dollar weakened.

"Presidents inherit economies, and President Trump had the benefit of inheriting an economy that was gaining momentum in late 2016," Sweet said.

Trump's policies on taxes haven't passed yet, but with the GOP tax reform plan now public, could help the economy next year, Sweet said. On the other hand, Trump has done little to restrict trade, which was one of the centerpieces of his campaign and could retard growth.

A Merrill Lynch strategist says the resurgence in foreign markets is, itself, one of the most important factors driving U.S. stocks forward.

Presidents inherit economies, and President Trump had the benefit of inheriting an economy that was gaining momentum in late 2016.
Ryan Sweet
U.S. economist, Moody's Analytics

Merrill analyzed the performance of baskets of S&P 500 stocks by multiple factors, including growth, price-to-earnings ratio, and price to book value ratio, said Jill Carey Hall, the firm's U.S. equity strategist. But the best-performing basket of all, over the last five years, has been the percentage of sales U.S. companies get from overseas, she said.

"Of all the ways you can slice and dice the market, foreign exposure was the best-performing attribute," Hall said. The top 50 American companies with the most foreign exposure derive at least 63 percent of sales from outside the U.S.

The reason this formula has worked in the last year is simple, according to Hall. The recovery in offshore economies, both in Europe and Asia, helped local currencies regain ground lost to the U.S. dollar in currency markets, boosting U.S. exports to those places. Both more-valuable local money and the better economic conditions that helped those local currencies appreciate generated more sales for big exporters like Caterpillar and Boeing, both among the leaders of the rally in the Dow Jones Industrial Average with gains of 46 percent and 64 percent so far this year. The Dow Jones Industrial Average is up roughly 19 percent this year, 5 points ahead of the S&P 500. While the S&P has trailed overseas stocks — both developed and emerging — since Trump's election, the Dow has kept pace with emerging markets, up roughly 29 percent.

There's a lot of difference within the non-U.S. markets, since many developed markets are advancing more slowly, just about as fast as U.S. stocks.

Britain's FTSE 100, hampered by confusion over how the United Kingdom will leave the European Union, is up just more than 10 percent since the U.S. presidential election.

How to play the rally

For retail investors who don't want to learn the ins and outs of global markets, exchange-traded funds have offered one way to play the emerging-markets rally.

ETF Database lists 98 emerging-market ETFs, posting gains this year of as much as 58 percent for the Emerging Markets Internet and E-Commerce ETF (EMQQ). Only three emerging-markets ETFs have lost money this year, and all but about 15 have beaten the S&P 500. The losers are composed of stocks linked to geopolitical hot spots: Pakistan, Qatar and Russia.

"The iShares Core MSCI Emerging Markets ETF (IEMG) and the Vanguard FTSE Emerging Markets ETF (VWO) are widely regarded as two of the best choices for broad, low-cost, emerging markets exposure," said Sumit Roy, an analyst at ETF.com. The iShares JP Morgan USD Emerging Markets Bond ETF (EMB) is another popular fund. It's a fixed-income fund so it doesn't provide the upside of the equity ETFs, "but it shoots off a solid yield (currently 4.6 percent) that's attractive in the current low interest rate environment," Roy said.

WATCH: Trump only gets partial credit for market rally 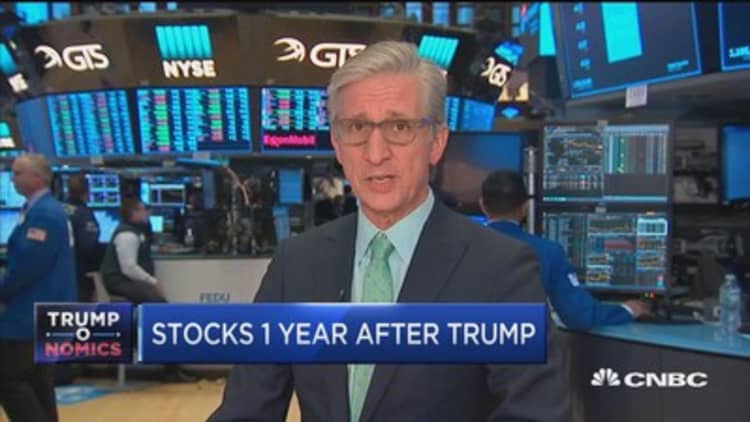