Sexual harassment isn’t just about men. Women should review their behavior too, says this female CEO 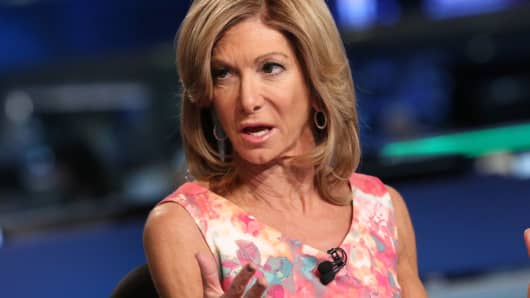 For months we have all watched with morbid curiosity as mighty male characters have fallen from grace. As the waiting time shortens between each Ailes, O'Reilly, Weinstein, Spacy, Franken or Rose, the new game becomes "Guess who's next?" It could be a slick-haired hedge fund manager, a scruffy-faced film producer, or a charming politician, but it's game on.

How many prominent men are losing sleep, drinking too much, and running the playback tape that might contain an inappropriate comment or touch in the past? Whenever an unrecognized phone number pops up on many cell phones, you can be sure it causes heart palpitations.

This routine of introspection is not limited to the guilty but also includes the innocent. It should also include women. Although none have yet been named as sexual predators, and a Google search fails to turn up a single recent case of a woman as aggressor, unwanted advances are not a single gender monopoly. Also, just because a women executive may have been a victim of sexual harassment herself, as I and most of my friends were when we were younger, does not mean that she is exempt from inflicting similar pain on others.

This thought and the pervasiveness of these incidents have led me to contemplate what I, as a female CEO, can learn from these publicized incidents. The lessons are broader than recognizing that sexual harassment is widespread and should not be tolerated in any form at my or any company. I need to replay the history of my own behavior to ensure that I have never mistreated any male in my employ, never inadvertently acted inappropriately, and make sure that I fully understand what this type of misbehavior looks like.

"Anyone in power, male or female, can somehow forget that sexual authority over a subordinate is not a professional perk."

It's easy to say "Of course not" to my own query of whether I could be guilty of wrongdoing on this scale. The answer to many questions is no: Have I ever dated, attempted to embark in any physical relationship, made sexual explicit comments, or suggested any improper activity with a person at my company? No. Does that let me off the hook? I don't know.

I have winked at men, and at women, after making a point that I thought was amusing or irreverent. Is that wrong? I have lunched and dined with my partners, clients, attorney, and business associates for decades without any more incident than sometimes fighting over a check. I buy Scratch tickets for male colleagues' birthdays. Is that provocative? I sure hope not.

Even if I cannot identify anything in my work history about which someone has ever taken offense, I should not take my clean slate for granted in the future. Power positions have conferred entitlement, including sexual, in the workplace. Therefore, anyone with the power, male or female, can somehow forget that sexual authority over a subordinate is not a professional perk.

Two days ago, I gave a hug to one of my male partners as I left for the airport in San Francisco and he was staying on for more meetings. Was that inappropriate? Not in my book, but the book is being rewritten and I want to stay current with the new edition.

A few years ago, I learned that the rules had changed for good on interactions between the sexes. The headmaster of the high school for which I served as chairman of the board told the students that if they wanted a hug along with their diploma, a common and longstanding tradition at commencement, they should give him a specific hand signal. Otherwise he would only shake their hand. He was following new guidelines on physical contact with students, and hugs were verboten, although graduation was an exception. About half the women and a quarter of the young men gave him the signal.

If misuse of power is the dominant enabling force in sexual misconduct, anyone at a high level within an organization might cause harm, unintentionally, to a subordinate. The risks of ignoring this subject can be very painful in human terms, expensive to your business, extremely disruptive, and wildly time consuming. Insurance premiums, for policies that cover legal cases or settlements, are, unsurprisingly, skyrocketing.

Women in executive positions should not think of themselves as immune to bad behavior or less likely to face serious charges and repercussions if they act inappropriately. Because many of us have been the victims, we should be leaders in solving this workplace problem, both by standing up to our abusers and by setting examples for model behavior as corporate leaders. 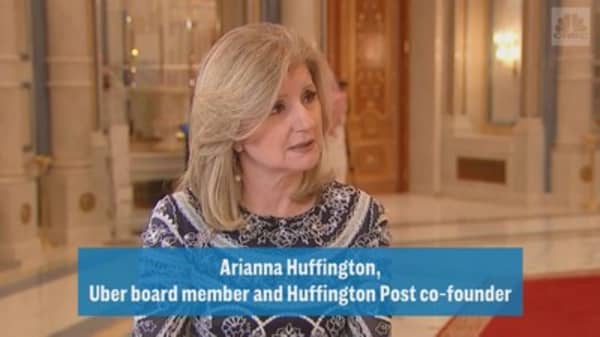