Start vaping — and you could be moving on to the harder stuff real soon.

A new study finds that among young adults who didn't smoke cigarettes, the ones who had used electronic cigarettes were more than four times as likely than nonvaping peers to start smoking traditional tobacco cigarettes within 18 months.

Almost half of the participants in the study who were vaping later began using regular cigarettes for the first time, according to the findings published Monday in the American Journal of Medicine.

The research, from the University of Pittsburgh, come as e-cigarettes are being touted as a less harmful alternative to smoking tobacco cigarettes, which are known to cause cancer. E-cigarettes deliver users a dose of nicotine in aerosol form, instead of from smoke that is the result of combusted tobacco.

Dr. Brian Primack, director of Pitt's Center for Research on Media, Technology and Health, said the results were surprising.

He noted that the average age of initiation for tobacco smokers is 11.2 years old. The new study, Primack said in an interview with CNBC, suggests that the practice of vaping could turn someone much older than that who would not otherwise be a cigarette smoker into one.

"By the time someone has turned 18 and has never touched a cigarette, it would be very unlikely [otherwise] that the person would be starting to smoke cigarettes anytime soon," he said. 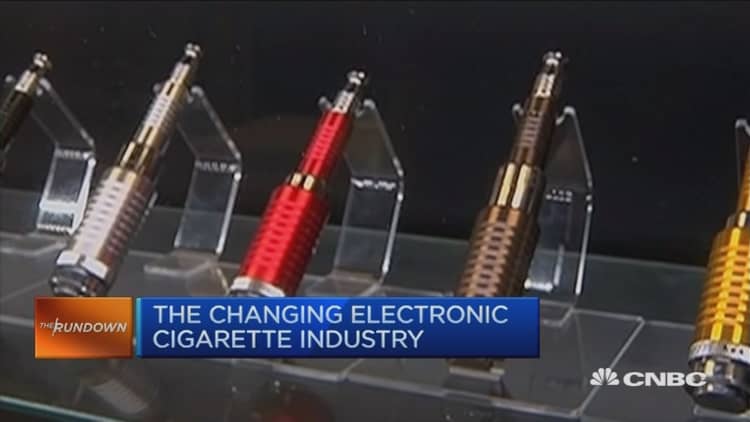 Primack's study looked at the experiences of a group of people age 18 to 30 who said they had never smoked cigarettes.

Eighteen months after answering a questionnaire about their tobacco use, the 915 participants completed a follow-up survey.

Of all the people in that group, 11.2 percent said they had started smoking tobacco cigarettes, the research found.

But the people in the group who had used e-cigarettes were much more likely to have switched to traditional cigarettes.

Among people with a history of e-cig use, 47.7 percent had started smoking tobacco cigarettes within the 18 months.

That compares to just 10.2 percent of those who had not used e-cigarettes, the study found.

Researchers weighted the findings by over- or under-emphasizing answers of participants to make them representative of the overall U.S. population.

But even after the weighting is removed, there was a wide gap between vapers and nonvapers.

A total of 37.5 percent of e-cig users in the nonweighted results had begun smoking regular cigarettes, compared with 9 percent of the nonusers of e-cigs.

Primack noted that earlier research he did on a younger age group, 16- to 26-year-olds, had found a similar tendency among vapers to transition to regular cigarettes.

Some people, Primack said, had suggested the previous findings might have been skewed by not accounting for people who otherwise would have begun smoking regular tobacco regardless of their e-cig usage.

Primack said his study did not examine why vapers were more likely to switch to tobacco, but he suggested there might be several explanations.

"E-cigarettes contain nicotine, and it is one of the most addictive substances we know of," he said.

E-cig users as a result may end up looking to get a bigger hit of nicotine from traditional cigarettes.

Another potential explanation is the "behavior argument."

E-cigarette makers have designed their products to replicate the "feel" of traditional cigarettes, whose users often value the ritual of using them.

Primack said that design could work in reverse by making it easier for e-cig users to transition to tobacco cigarette users because of the similarity in the way they are used.

WATCH: How harmful are e-cigarettes? 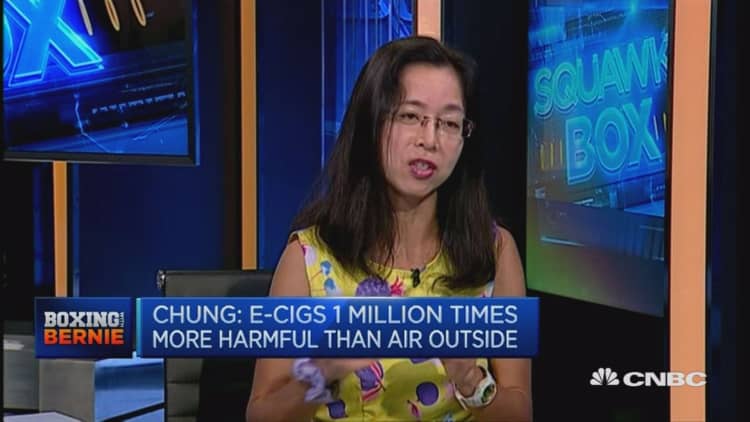