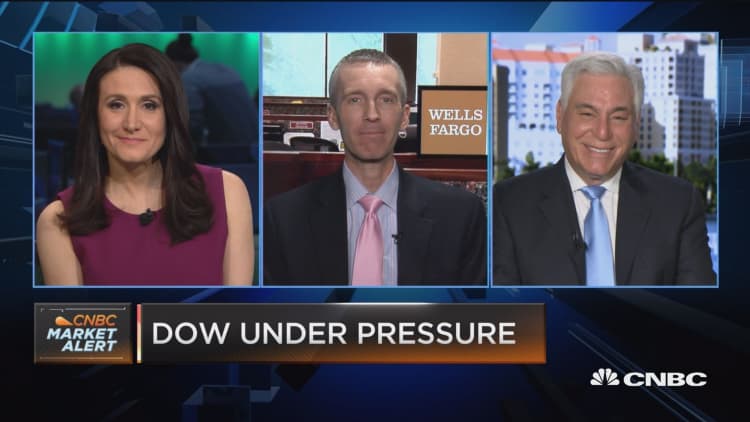 Stocks fell on Wednesday after President Donald Trump taunted Russia on Twitter to "get ready" for a possible missile strike on Syria.

Trump said in a tweet: "Russia vows to shoot down any and all missiles fired at Syria. Get ready Russia, because they will be coming, nice and new and 'smart!' You shouldn't be partners with a Gas Killing Animal who kills his people and enjoys it!"

"It's not that this wasn't expected. Trump had already hinted at a response," said Quincy Krosby, chief market strategist at Prudential Financial. "I think the market was caught off-guard by the tone of the response."

Earlier, the S&P 500 and Nasdaq erased their losses, while the Dow traded well off its lows.

The president's threat comes after Russia's ambassador to Lebanon told local media that Russia would shoot down American missiles headed Syria's way. This follows an alleged chemical weapons attack by President Bashar Assad that killed dozens in a rebel-held area over the weekend.

By following certain rules, you can manage your portfolio to withstand potential negative impacts of volatility and take advantage of opportunities that volatility can afford.
Michael Nagle | Bloomberg | Getty Images

"Even though these events will impact near-term volatility, the market will come back to focus on earnings," said Ernie Cecilia, CIO at Bryn Mawr Trust.

Investors have high expectations for this earnings season. According to FactSet, S&P 500 earnings are forecast to have grown by 17.1 percent last quarter. That would be the biggest quarterly earnings growth since the first quarter of 2011, when they rose 19.5 percent.

The moves Wednesday came after Wall Street saw strong gains during Tuesday's session, with the Dow rallying more than 400 points to close up at 24,408.

"There are a lot of moving parts that the market is trying to price in at the same time," said Dan Deming, managing director at KKM Financial.

In data, the minutes from the Federal Open Market Committee's March meeting showed that "all" members of the committee see the U.S. economy growing at a strong pace. They also see inflation climbing, which would justify more rate hikes.

In corporate news, shares of Netflix popped nearly 2 after analysts at Goldman Sachs hiked their price target on the stock to $360 from $315. 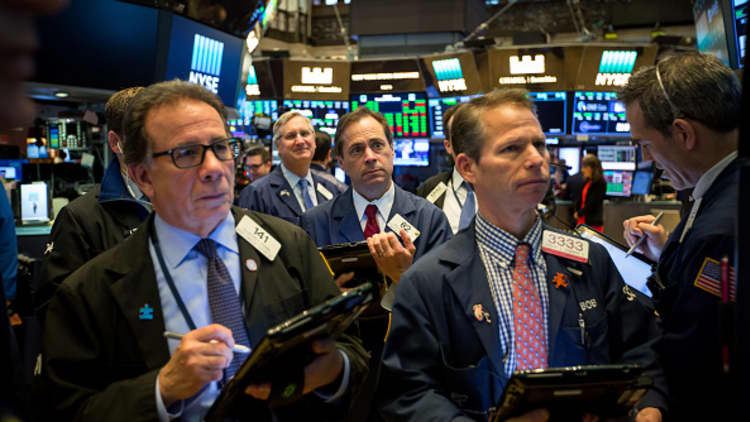