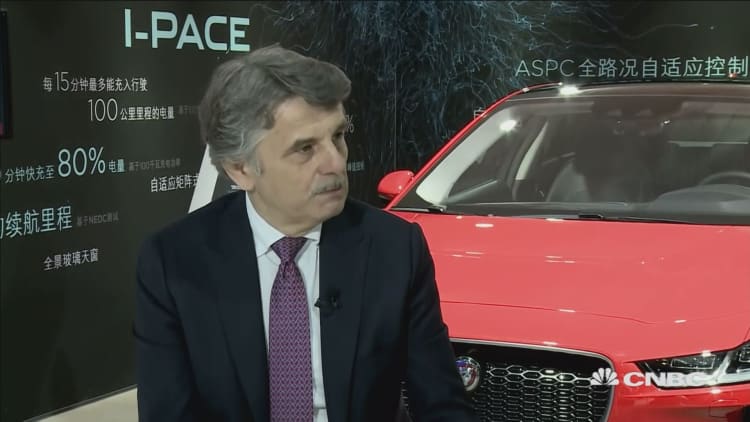 Even with recent accidents involving self-driving vehicles, they would still be a safer way for people to move around in the future, said Jaguar Land Rover's Chief Executive, Ralf Speth.

But auto companies cannot be solely responsible for bringing that vision into fruition, he said.

"We need to make sure that we get the right environment. No car company can do it on its own anymore so government, academia and the industry across sectors must really work together," the CEO told CNBC's Nancy Hungerford at automotive show Auto China in Beijing.

Last month, Uber halted all of its self-driving tests after one such vehicle fatally hit a pedestrian during a trial in Arizona.

"If we work together, also with the right cybersecurity system, then autonomous can be the future technology," he added, noting that drivers are responsible for around 90 percent of road accidents globally.

Besides autonomous cars, more electric vehicles will also be seen on the roads in the future, Speth said.

The number of electric cars that operate fully on batteries is still small, but that could change as technology evolves to create cheaper and lighter batteries with higher capacity.

"The future is electric in modern mobility," he said. "It's definitely helping the environment and on the other side with autonomous, we can make this technology safer."