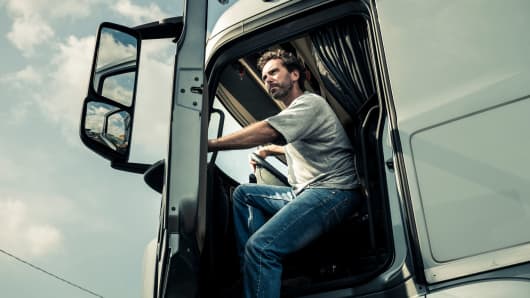 The country's official jobs number report released by the Bureau of Labor Statistics charts the unemployment rate—and has been the cause for cheer the last few cycles. While this rosy economic outlook spells good news for many Americans, a growing threat looms.

As e-commerce increases from the likes of Amazon and other online retailers, greater strain is placed on our nation's transportation system, which is already struggling to find the drivers needed to transport the 70 percent of freight that travels by truck.

In the next decade, we'll need 890,000 drivers to keep pace with growth and demand for freight transportation. Americans are used to getting what they want with the click of a button, but this expectation of door-to-door service will be increasingly difficult to fulfill if we can't get more drivers behind the wheel. 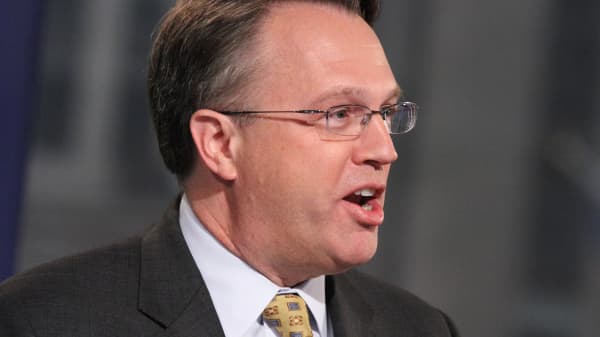 At a time when (despite low unemployment) many Americans are still having a hard time finding high paying full-time positions that provide the added security of benefits, the transportation sector offers an attractive solution.

According to ATA Chief Economist Bob Costello, the truck driver shortage currently stands at roughly 50,000 drivers, a figure that could balloon to 174,000 by 2026.

"The DRIVE-Safe Act is currently moving through Congress, and it is an immediate priority for growing our economy."

Truck drivers earn well above the national average salary, making it a career that ensures the ability to feed a family and pay the bills. For young people just starting out, it could mean easy entrée into the skilled workforce.

However, limits on younger commercial drivers are creating unforeseen bumps in the road the industry is having a hard time overcoming. While virtually all states allow individuals to obtain a commercial driver's license (CDL) at the age of 18, these drivers are prohibited from operating in interstate commerce until they are 21.

A significant challenge to the industry is recruiting young talent to replace an aging workforce. Retirements account for 49 percent of drivers needing to be replaced, and by delaying an individual's eligibility to be an interstate driver, trucking is at a significant disadvantage in attracting young people.

Put plainly, if a young man or woman graduates high school at 18, they legally can't really pursue a career in trucking for three years – giving them three years to find another career.

Luckily, Rep. Duncan Hunter and Rep. Trey Hollingsworth are leading the way to help remediate this problem with the DRIVE-Safe Act, a bipartisan bill introduced on March 21. H.R. 5358 creates a pathway both to qualify more drivers for the trucking profession and to instill a culture of safety.

This bill also fixes that technicality in the existing rules that allows a driver under 21 to take an eight or more hour drive across a long state like Florida or Tennessee, but doesn't allow for a 14-mile drive from Virginia to Washington DC. Under the legislation, once a driver has met the requirements to obtain a CDL, they may begin a two-step program of additional training which includes rigorous performance benchmarks that each candidate must achieve.

The DRIVE-Safe Act is currently moving through Congress, and it is an immediate priority for growing our economy. The truck driver shortage has the potential to slow the movement of commerce in this country to a crawl, raising consumer prices and wait times for goods.

Nowhere is this threat more evident than in the foodservice distribution industry which delivers food and supplies to the over one million professional kitchens across the country every day. It's basic economics: when drivers are in limited supply, the cost to get those goods delivered increases. Those costs will hit the pocketbooks of American consumers and the dollar menu will become a relic of the past.

If passed, the DRIVE-Safe Act would deliver two-fold. First, it would open promising jobs to 18- to 21-year olds without having to incur college debt. Secondly, getting the next generation of drivers into those open jobs would forestall a driver shortage that threatens to disrupt the ready-access to meals enjoyed by most Americans.

But the DRIVE-Safe Act isn't just a jobs bill. It also institutes a culture of safety so that as the rising generation of drivers matures into this field, they embody a high standard of excellence.

Under the bill, a CDL holder under the age of 21 would need to complete 400 hours of apprenticeship training accompanied in the cab by an experienced driver, and demonstrate core competencies in driving and maneuvering skills according to 12 performance benchmarks, before he or she is allowed to drive across state lines without supervision.

Moreover, any truck that an apprentice drives in must be equipped with leading safety technologies, including forward-facing video event capture, active collision mitigation avoidance systems, and governed speeds limited to 65 MPH.

We believe that through the DRIVE-Safe Act, we can train incoming drivers to meet the highest level of safety standards.

The DRIVE-Safe Act is about filling jobs. It's about preserving the timely movement of goods Americans have come to expect. And it's also about ensuring safe roads for all Americans. That's a trifecta that should earn bipartisan support and swift enactment.