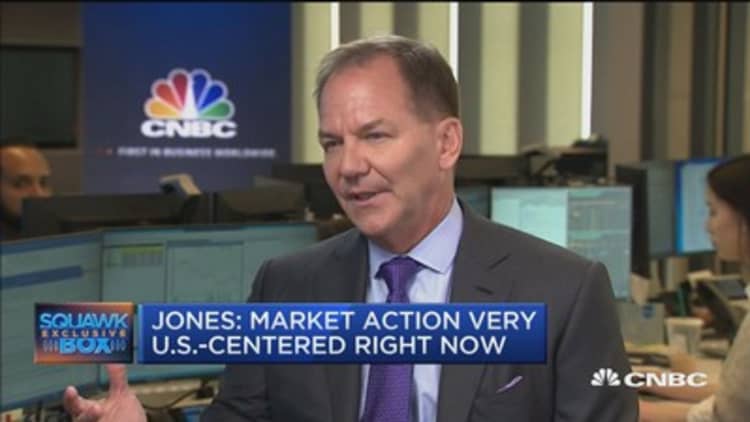 The 50-year-old definition of capitalism in the U.S. is due for an update because of income inequality, according to billionaire hedge fund manager and philanthropist Paul Tudor Jones.

"Capitalism may need modernizing," the reclusive trader told CNBC's "Squawk Box" on Tuesday in a rare interview. "In 1985, 35 percent of nation's wealth was owned by the bottom 90 percent. Today, they own 23 percent, and that 12 percent has gone to the top."

Jones pointed to economist Milton Friedman's nearly 50-year-old definition that the "social responsibility of a company is to improve its profits."

"When Milton Friedman said that, tax rates had just come from 91 percent to 70 and income inequality was one-fifth of what it is today," he said. "You can see how it was relevant at the time but fast forward to where we are today. It's a different deal."

And on Wednesday, Goldman Sachs is launching an exchange-traded fund focused on social impact, which uses a model from Jones' foundation, Just Capital. It scores businesses on factors including worker treatment, environment and products and tracks a selection of Russell 1000 companies, including Apple, Amazonand Bank of America.

Jones told CNBC that the new ETF could one day rival the benchmark U.S. stock index.

The billionaire investor also predicted a stock market rally near the end of this year.

"I think we'll see rates move significantly higher beginning some time late third quarter, early fourth quarter," Jones said. "And I think the stock market also has the ability to go a lot higher at the end of the year."

He also said the Fed is well behind the curve when it comes to setting interest rates.