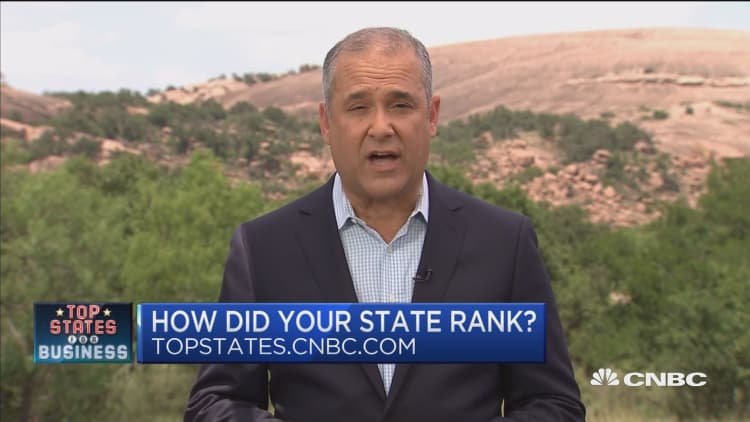 Alaskans just got some good news and some bad news. First, the good news: The state’s budget deficit — estimated at $2.4 billion just a few months ago — has been cut by more than two-thirds, to $700 million. It is still large by state standards, but enough to convince Standard and Poor’s to revise its outlook, to stable from negative, on the state’s debt.

Now the bad news. Reducing the deficit required Gov. Bill Walker and the state legislature to do something Alaska has never done before. It is dipping into the Alaska Permanent Fund — the state’s oil wealth — which is supposed to belong to its citizens. As a result, the annual dividend that every man, woman and child receives from the fund will drop this year to $1,600 from the original estimate of $2,700. Many families depend on those annual checks to help offset Alaska’s exorbitant cost of living. A loaf of bread in Juneau costs more than $5; energy bills in Fairbanks can run $500 per month.

Such is life in Alaska, which drops to last place in CNBC’s 2018 America’s Top States for Business rankings as the state struggles to extricate itself from what Walker has called “the gravest fiscal crisis in state history.”

The drop in oil prices that began in 2014 devastated the state, which derives roughly 85 percent of its revenue from oil and gas taxes and fees. The sharp rebound in prices in recent months has helped, but not enough to undo the damage — or solve the budget crisis.

That crisis is one reason Alaska falls to the bottom of our Economy category, but it is not the only reason. State GDP growth slowed to a trickle last year, rising by just 0.2 percent. The housing market is the worst in the nation, with foreclosures up more than 170 percent in the first quarter from a year ago due to the weak economy, according to RealtyTrac/ATTOM Data Solutions.

Texas rebounds to become America's Top State for Business in 2018

These 10 states are the best places to live in America

Top states for the best chance at your dream job

Alaska also ranks poorly for Access to Capital (No. 49) Cost of Doing Business (No. 47), Cost of Living (No. 46), and Education (No. 45). Alaska had some of the lowest K-12 test scores in the nation last year, and lags badly in technology in the classroom.

Walker, an Independent, says the budget deal signed into law on June 13 puts Alaska on the comeback trail. In addition to creating a formula to allow the state to continue tapping into the Permanent Fund’s earnings, the package include more than $30 million toward public safety next year, and $50 million in new school funding over the next two years. In a statement, he called the budget and the restructuring of the Permanent Fund “the biggest steps Alaska has taken in the last five years to turn the corner toward a stable future.”

But Walker could pay a heavy price politically. Seeking a second term in November, he is widely considered to be one of the most vulnerable incumbent governors in the country. Challengers, including former U.S. Senator Mark Begich, a Democrat, as well former Lieutenant Governor Mead Treadwell and former State Senator Mike Dunleavy, both Republicans, all say they plan to make the dividend cuts a central issue in the campaign.

The way Walker sees it, Alaska had no choice but to radically restructure its finances — a change he has been pushing almost since he took office in early 2015.

“Everybody needs to participate in some way,” . “You know, like I say about the plan we put together, there’s something there for everybody to not like. There’s parts of it I don’t like.”

But there are no guarantees the gamble will pay off.

Standard and Poor’s analyst Timothy Little, in removing the negative outlook from Alaska’s debt, praised the move to tap into the Permanent Fund’s earnings, which he said “should allow for sustainable draws from the fund in future budgets.”

But he warned that Alaska’s dependence on oil — whether through taxes or the Permanent Fund — carries some big risks.

“The reliance on such economically sensitive revenues will likely make it more prone to future pressure,” Little wrote in his June 8 report. “The state’s rating could further benefit from economic diversification.”

Policymakers in Alaska talk a lot about diversification, especially when oil prices are low. But there is little consensus on how to go about it. As a result, Little said, the state needs to keep plenty of money in the bank.

“Upward movement on the rating will depend on the state’s ability to grow and maintain its reserve levels,” he wrote.

For now, the trends are moving in Alaska’s favor.

The price of North Slope crude oil is up around 60 percent from one year ago, though it is still down about 30 percent from its 2014 high. Still, the price increase — which is greater than state forecasters predicted earlier this year — is providing the state with a needed revenue boost.

But production in the aging oil fields is down. And while oil companies are taking the first, tentative steps toward drilling in Alaska’s Arctic National Wildlife Refuge after Congress approved it last year, meaningful production from the region is, at best, years away. The state is also trying to build a second pipeline from the North Slope to tap into the region’s huge natural gas reserves. But it, too, is years away, and is estimated to cost more than $40 billion.

In the meantime, Alaska is left to deal with the serious wounds from the recent oil slump. Unemployment is the highest in the nation, at 7.2 percent in May — nearly twice the national average. College-educated workers are leaving for opportunities elsewhere, and investment capital is steering clear.

Alaska has always had inherent disadvantages in competing for business, including its location, infrastructure and its high costs. But the economic and fiscal crises have left the Last Frontier charting new territory. And the way out is far from clear. 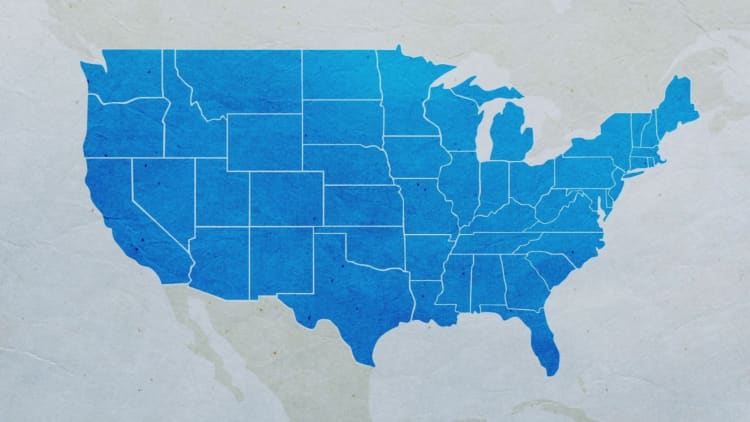