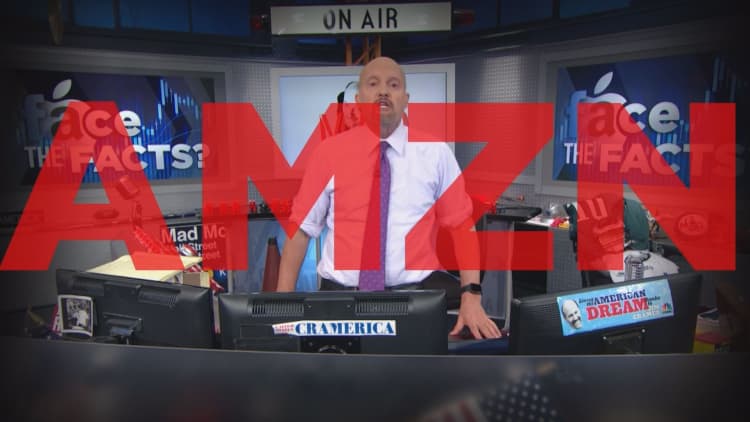 After market cap on Tuesday, making it the second public U.S. company to hit the milestone valuation after , CNBC's floated a theory for what brought the e-commerce giant to new heights.

"Here's a perfect example of what happens when Wall Street views a company not as an earnings-per-share situation — — but as what's known as a total addressable market, or TAM, play," the "Mad Money" host said. 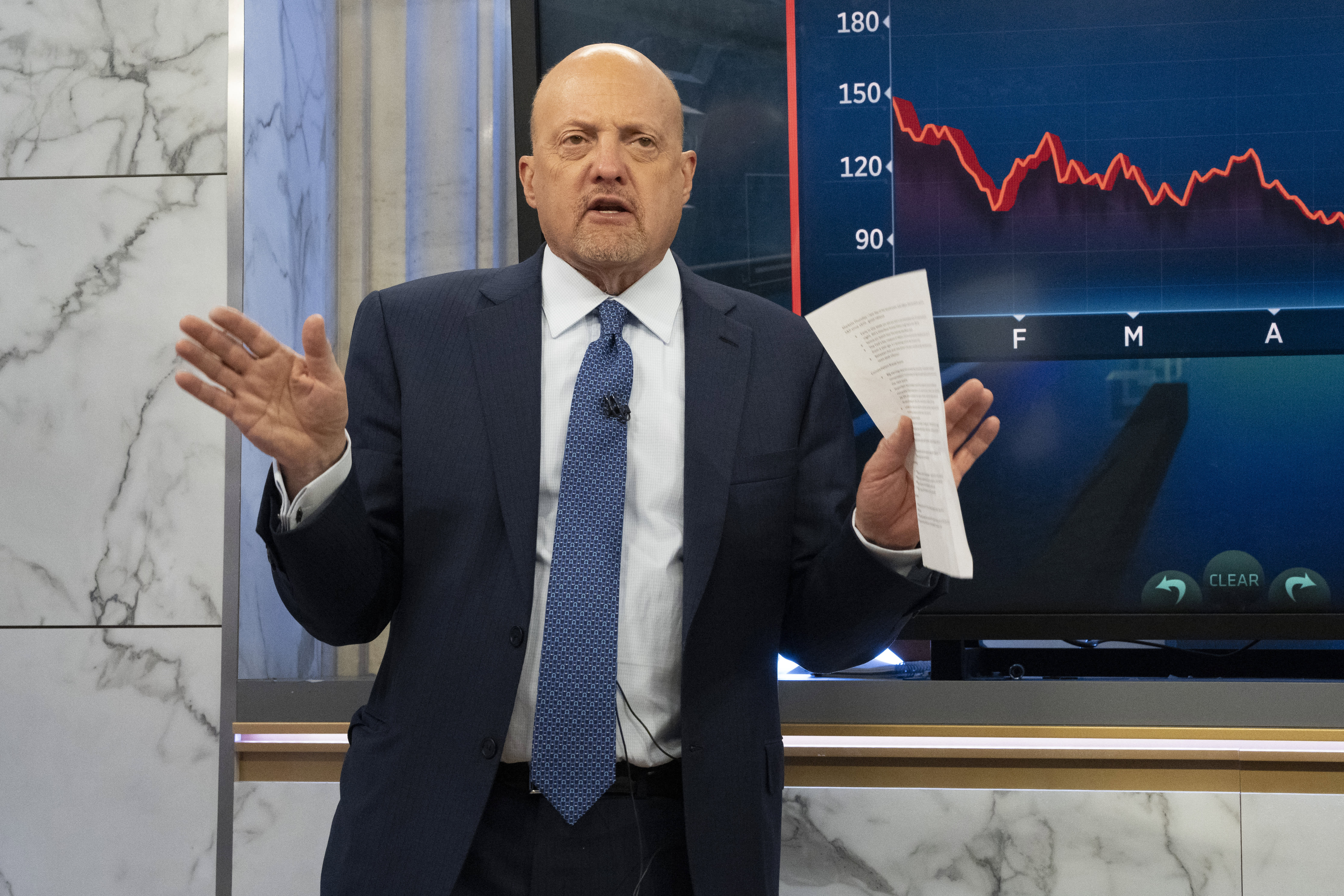 This market is not the dot-com crash or the financial crisis. Here's how to play it
Jim Cramer
an hour ago

Calling recent stock punishment a symptom of investors questioning its growth prospects, Cramer said Amazon's situation was entirely the opposite.

He asked investors to look at Amazon through the lens of its total addressable market (TAM), a concept used by analysts to estimate what would happen if a given company performed incrementally better in its areas of business.

"When you judge Amazon by its total addressable market, that trillion-dollar valuation ... seems too low as long as the company can keep executing," the "Mad Money" host said. "And look, I'm not even talking about Amazon's opportunities in entertainment or distribution."

Here's why Cramer sees even more runway for Amazon.

Most professional money managers dread the month of October when it comes to investing, but not Jim Cramer.

"Me? I can't wait until we get to October, that's how much I dislike September," the "Mad Money" host said Tuesday.

Some of Cramer's distaste has to do with timing. September tends to bring droves of market-wide selling, driven in part by mutual funds that tend to ring the register before the end of their fiscal year in October.

But part of the selling caused simply by investors' fear of the month of October, which is only worsened by television doomsayers, Cramer said.

"I'm going to prepare you for September. It does tend to be especially tough on the market's best performers," he warned. "People love to take profits on their winners at this time of year. So you should be ready to buy them into weakness."

What kinds of winners should investors be eyeing? For Cramer, few stocks look more attractive than the market's most rapid secular growers: the .

Click here to find out why Cramer's backing these software sovereigns.

With shares of hovering near their 52-week highs, CNBC's feels like he owes investors an apology.

"I'm always coming out here telling you that if you want to succeed as an investor, you need to have conviction and patience," the "Mad Money" host said Tuesday. "If you believe in a high-quality company, you should be prepared to stick with its stock even when the market turns against it for a brief period of time."

But when Autodesk, the Cramer-fave software giant serving industries from engineering to entertainment, reported a last November, Cramer didn't stick with it.

"The stock just absolutely got beaten around the head," he recalled. "I got nervous ... and I again. I said this had become a show-me stock. I warned you to be cautious."

Now, Cramer realizes his earlier call "was just a huge mistake." Click here to find out where he went wrong.

In an interview, McKim touted his oil, gas and chemical waste-focused company's growth in recent years, saying that it has all but left the weakness from the 2014 collapse in oil prices in the past.

"We're seeing a lot of new opportunities. The economy is really strong," McKim told Cramer on Tuesday. "We're seeing new chemical plants being built in the Gulf and our incineration utilization is running very strong. The volumes of hazardous waste being collected and handled by us are at record amounts right now. So we're really excited about the economy right now."

The retail rally: To trust or not to trust?

Analysts are getting extra-cautious about the recent surge in retail stocks, but on Tuesday, Cramer cautioned investors not to take Wall Street's word as gospel.

"I'd say the real risk in retail is that you miss this stunning move," the "Mad Money" host said. "That's especially true since the downside for all but the worst retailers is pretty mild."

Cramer pointed to the action in shares of Dick's Sporting Goods, which dipped in late July before springing back with a vengeance. He also reiterated his morning call on Nike and highlighted the stock of Walmart, which has given up a lot of the gains from its latest quarter.

"Put yourselves in the heads of some of these retail analysts. They really don't know what to do," he said. "Long story short: at this point, the strength in retail should not come as a surprise to anybody. The analysts may be too afraid to fully embrace this run, but you don't need to imitate them. I'd take the other side of the trade."

Lightning round: Ix-nay on TSN-ay

In Cramer's lightning round, he rattled off his take on callers' favorite names:

: "No. Ix-nay on Tyson-nay. They missed the last quarter badly. I prefer in that sector . They figured out some millennial buying patterns."

: "I think that [CEO] is doing a remarkable job. I think they're buying back stock left and right. I think this is one of the cheapest- no, it's the cheapest bank stock. My charitable trust owns it; you can follow along at ActionAlertsPlus.com."