The Trump administration's tariffs are the target of a new multimillion dollar campaign by a coalition of businesses.

Americans for Free Trade is made up of companies from multiple industries, ranging from toys to tech, and aims to highlight the negative consequences of tariffs.

In a letter to members of Congress, the group called on lawmakers to participate in events next week in Pennsylvania, Illinois and Tennessee.

"We also strongly encourage Congress to exercise its oversight role on trade policy matters to prevent further harm to U.S. workers, consumers and families that will result from new tariffs — both those already being implemented and future tariffs that have been proposed," the letter says. 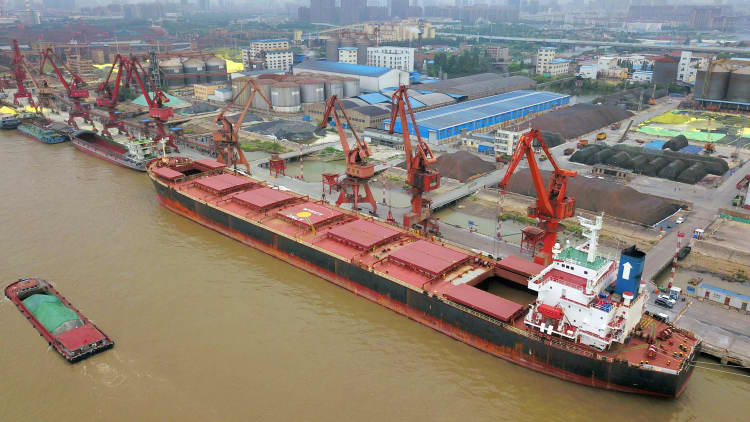 watch now
VIDEO4:4804:48
US tariffs on all Chinese imports would have a material impact: Analyst
Street Signs Europe

The broad-based group is building off the momentum of the agricultural industry, which highlighted the damage tariffs have had on farmers. The effort was one of the drivers behind USDA's $12 billion farm aid package designed to soften the blow of retaliatory tariffs.

Business groups have already protested the proposed tariffs on $200 billion on Chinese imports. Over five days of public hearings and thousands of pages of public comments, businesses argued that tariffs disrupt supply chains, add costs and lead to price increases.

"We had hoped we wouldn't get to this point, but there has been no sign of progress in the talks or de-escalation, simply more rhetoric about increasing tariffs, that's not going to be good for the economy," said Matthew Shay, president of the National Retail Federation, who is helping to lead the coalition.

"I hate to say it, but behind that there's another $267 billion ready to go on short notice, if I want, that totally changes the equation," Trump told reporters.

David French, senior vice president of government relations at National Retail Federation, said: "We're very concerned that instead of deliberative process, we're seeing go faster and go bigger, and now is time to launch a coalition like this in face of this major escalation."

The boating industry is getting hit from multiple sides in the trade war, with tariffs on raw materials and components along with Europe's retaliatory measures, which have closed off the market there.

"This tit-for-tat tariffs is not getting us anywhere and at the same time, the aim from the administration is 'We're trying to help the U.S.' and this is having the exact opposite effect. This is hurting U.S. manufacturers," said Nicole Vasilaros, vice president at the National Marine Manufacturers Association.

A study by the Consumer Technology Association found that the proposed tariffs on $200 billion in Chinese goods would have a broad impact on tech, leading to supply chain disruption and increased costs totaling $900 million to $1.8 billion on everything from circuit boards and servers to smart speakers and fitness trackers.

"That's why we've decided we decided to be part of this broader coalition, with the aim of getting the president to shift away from this focus on tariffs," said Dean Garfield, president and CEO of the Information Technology Industry Council.