If you want a great retirement, you might want to think outside the box and consider a move overseas.

Baby boomers who are concerned about their future often overlook this retirement solution, says Edd Staton.

Staton should know. He and his wife, Cynthia, moved to Cuenca, Ecuador, in 2010 in the wake of the financial crisis. Since then, the two have written several books about their experience retiring abroad.

Instead of steep medical costs and Medicare coverage gaps, the Statons found quality health care for a fraction of what they would pay in the U.S.

Instead of watching their nest egg shrink, the Statons say theirs is gaining value.

Relocating to a foreign country can seem overwhelming. You may need to learn another language. You'll have to confront being separated from family and friends. And you'll have to choose a country. 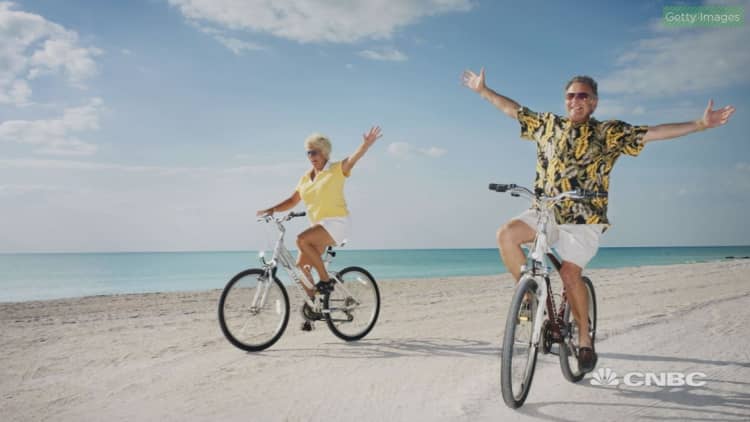 All are surmountable, the Statons say. It's easier than ever to stay in touch with technology and apps such as FaceTime, Facebook Messenger, Skype and WhatsApp.

When you choose another country to live in, don't think "vacation" — people travel to get away from their daily lives. Living someplace 365 days a year is entirely different, the Statons say.

More from Personal Finance:
Women who want to start a business should avoid these mistakes
If you spent too much this summer, do these five things to boost your finances
Five things single parents absolutely have to pin down

You'll have to weigh many more factors, such as cost, how easy it is to get around and whether people seem accepting of outsiders when choosing a new home.

The website International Living has a new report on capital cities that offer a life rich in culture, excellent infrastructure and many options for dining and entertainment. Check out these five recommendations for living large on less than $37,000 a year.

Quito, the first UNESCO World Heritage Site, has the best preserved historical center in all of Latin America, according to the Statons.

Quito has a number of livable suburbs, including Gonzalez Suarez, Parque La Carolina and Cumbaya, which the Statons say offers the closest approximation to a U.S. lifestyle in Ecuador — complete with chain restaurants and gated McMansion communities.

Cosmopolitan Panama City is a true First World city in Central America. High-speed internet and cell coverage are commonplace, and the quality of air, water and power is excellent. The currency is the U.S. dollar.

Panama City has restaurants, park areas, waterfronts and a UNESCO World Heritage historic district. Many expats have cited Panama's health-care system as one of the best things about living there. A couple can live a comfortable retirement, in a rented two-bedroom apartment in a central area, for $21,180 a year (which comes to $1,765 a month). In more luxurious digs, a budget of $34,680 a year ($2,890 a month) would bankroll an opulent lifestyle.

Once known as the Pearl of Asia, Phnom Penh offers expats a stunningly low cost of living, bustling markets and a thriving food scene, set to a backdrop of colonial French architecture and temples.

Attracted by its beauty and supreme affordability, retirees who live in the Cambodian capital can afford a housekeeper or gardener. The weather is great for a round of golf throughout the year.

Hanoi is known for its French colonial architecture and rich culture with Southeast Asian, Chinese and French influences. The city has maintained its traditional charm while becoming a vibrant, modern city.

For lovers of the four seasons, Hanoi's hot summers, chilly winters, and near-perfect spring and fall weather are an added benefit.

Hanoi has one of the lowest costs of living of any major city in Southeast Asia. A couple can live a comfortable lifestyle on $905 per month — $10,860 a year.

Portugal, on the Iberian Peninsula, is a rising star on the European retirement map. Its capital, Lisbon — home to half a million people — is a gracious city where you can enjoy history, romance, hospitality and a seaside location.

The climate is mild, even in the depths of winter. Average lows are barely below 50 degrees Fahrenheit, while summers are sunny and generally in the 70s.

With museums, restaurants, nightlife and an international airport, Lisbon is also one of the most affordable capitals in Western Europe. A couple could live well here for $3,065 a month — $36,780 a year — or on considerably less a little outside the city center.

A tram in Lisbon.