The announcement helped Tesla justify its $2.6 billion acquisition of SolarCity one month later and represented Musk's vision for what the businesses could do together. 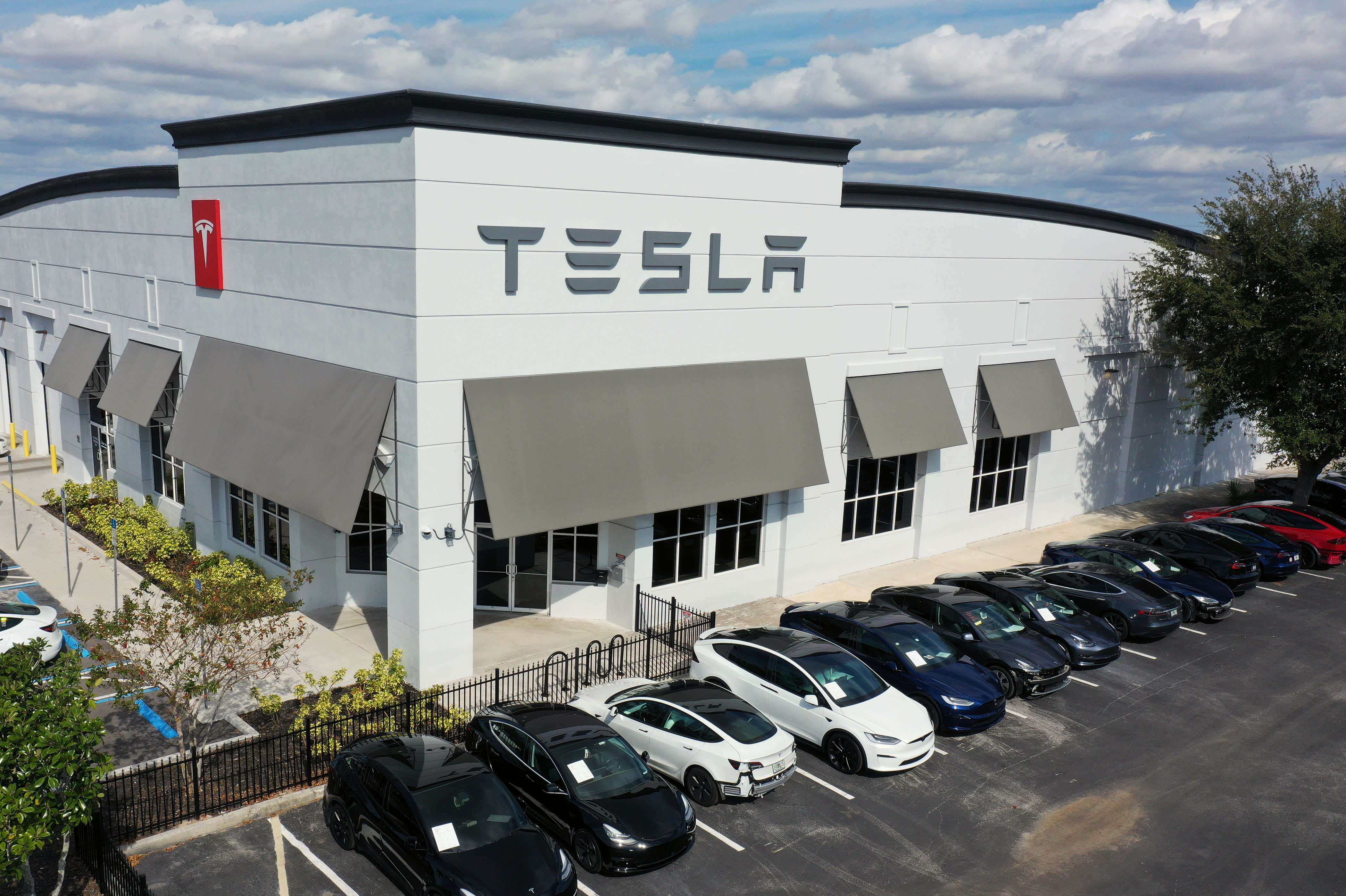 Tesla just ignited a price war in electric vehicles. Investors should see it as an opportunity
Carmen Reinicke
3 hours ago

It's been almost two years since then. So where are the tiles?

"We now have several hundred homes with the Solar Roof on them, and that's going well. It takes a while to just confirm that the Solar Roof is going to last for 30 years and all the details work out," Musk said on Tesla's Q2 earnings call in August.

As of May, only 12 Tesla tiled roofs were connected to the grid, all in Northern California, according to Reuters. Tesla declined to give an updated figure, but the company later clarified that Musk's "several hundred homes" comment refers to roofs that are scheduled for installation or are partially installed.

Tesla has been accepting $1,000 deposits for the roof tiles since May 2017. But at that point, the company wasn't even close to mass producing them.

It established a factory in Buffalo, New York to make the tiles, but it's not running at full capacity yet. At the company's most recent annual shareholder meeting, Musk blamed ongoing delays on a need for more testing.

"There's only so much accelerated life testing that you do on a roof. So before we can deploy it to a large number of houses we need to make sure that it's that all elements of the roof are going to last for at least three decades," Musk said at the shareholder meeting last June.

Solar tiles, like large solar panels, use silicon solar cells to convert sunlight into electricity. But it turns out this tech is difficult to shrink and manufacture.

"Making things small actually changes a lot of the way the technology will work. And that's been a big challenge I think for Tesla, but certainly for the whole industry overall — to try and miniaturize it in a way that keeps it cost-effective and also gives it the very reliable performance that solar is known for," said Andrew Beebe, managing director of Obvious Ventures.

One of the customers with the tiles already installed is San Jose resident and Tesla Model 3 owner Tri Huynh. He preordered them as soon as possible, and the roof was installed earlier this year.

"I was actually extremely surprised I got the call, just because you never know what this stuff, right. I thought there'd be extreme delays, I just didn't know how long it was going to take," said Huynh.

While traditional solar panels can be installed in a day, it took a team of 10 to 15 workers two weeks to install this roof. Huynh asked them why his home was chosen.

"They said it was kind of proximity to their headquarters, so that they could do quick troubleshooting," Huynh said.

Tri Huynh's house in San Jose, California. Huynh was one of the first Tesla Solar Roof customers to have the tiles installed.
Andrew Evers, CNBC

Tesla's customers are paying a premium for the tile's sleek look. Huynh's roof cost him about $100,000, though he did need to replace his roof anyway.

"I don't think this will ever pay for itself honestly," he said.

For people who don't need a new roof but want to install solar energy, traditional panels are definitely cheaper.

But Huynh is excited to be an early adopter and see his energy bill decrease.

Ultimately, Tesla's goal is to make the tiles a cost-effective option, partially by ensuring they're more durable than other rooftops. Tesla promises 30 years of solar-power generation.

"I would expect these solar roofing tiles, in just a few years, to be quite reasonably priced if they can get the market interest that they're hoping for," said Dan Kammen, an energy professor at University of California, Berkeley. "It's not just a roofing shingle anymore, it's a power plant on your roof."

Experts anticipate a wave of new solar installations within three to five years.

Tesla says solar roof installations will scale up later this year and into 2019.

"It's highly likely that great engineers and incredible technologists — and a lot of those people might be at Tesla — are going to be able to take this very difficult challenge and engineer the heck out of it and get us to that cost parity," Beebe said. "We're not there yet."

Correction: When Elon Musk referred to "hundreds" of solar roofs being installed, Tesla later clarified that his number included roofs that were ordered or partly installed. Musk himself did not clarify the statement.

NOW WATCH: This building material can protect homes during natural disasters, and the US is missing out