Millennials are flocking to cities where jobs are plentiful and wages are high.

After analyzing data related to where young people moved between 2011 and 2016, as well as how their wages, participation in the workforce and unemployment rates changed over that five-year span in different metro areas, Magnify Money put together a list of the top "millennial boomtowns" in the U.S.

San Francisco, California, ranks as the No. 1 millennial boomtown overall with a final score, based on the four metrics, of 89 out of 100. Between 2011 and 2016, the millennial population increased 16.2 percent and the size of the millennial workforce rose 31.1 percent. Meanwhile, the unemployment rate for the generation dropped 40.3 percent, and its median wage jumped 32.4 percent to $40,304.

"That's the second highest wage on our list after neighboring city San Jose, and the second largest wage increase after Oklahoma City," according to the report.

Denver, Colorado, comes in second, with an overall score of 80.6. It had the largest overall millennial population increase, rising 18.7 percent.

This interactive map breaks down how the top 50 metro areas compare, with a color spectrum denoting rank. Top cities are blue, lower scoring areas are red and those that fall in the middle are purple.

The report only looked at millennials born between 1981 and 1991. Younger millennials were excluded from the analysis, since most were still pursuing an education or job training in 2011.

"Millennials who live in the metros at the bottom of our list may be at risk for accruing more debt and less wealth over their lifetimes, thanks to opportunity losses," the report states. "Those who move to the cities at the top of the list may find that they're better equipped to pay down debt and gain assets at a faster rate as they gain toeholds in more lucrative job paths."

The cities at the top of the list have drawbacks, too, though. Nearly half of all Bay Area residents plan to move away soon, one survey found, because housing is so expensive. Some economists predict that hundreds of thousands of people will move out of California and New York over the next few years to avoid high tax rates.

All of the top 10 metros in the ranking are west of the Mississippi River, except for two: Nashville, Tennessee, and Raleigh, North Carolina.

The millennial unemployment rate in Nashville dropped from 10.3 percent to 5.3 percent, a 48.1 percent decrease, which was the most significant drop of any metro area.

Virginia Beach, Virginia, lands at the bottom of the table. Its millennial population only rose 3.2 percent and its labor force presence actually decreased 2 percent. Even there, however, median wages increased by 6.6 percent and unemployment dropped 20 percent.

"We would expect wages to go up for this group, generally, simply because they aged and gained worked experience during the intervening years," states the report. In 2011, the millennials were approximately aged between 20 and 30, whereas by 2016 they were between 25 and 35. "However, we found that median wages actually dropped a smidge in Richmond, Va., and Washington, D.C."

As the report notes, "The millennial population is growing – and prospering – more in some places than in others."

Don't miss: Americans are flocking to these 10 cities where jobs are plentiful and businesses are thriving 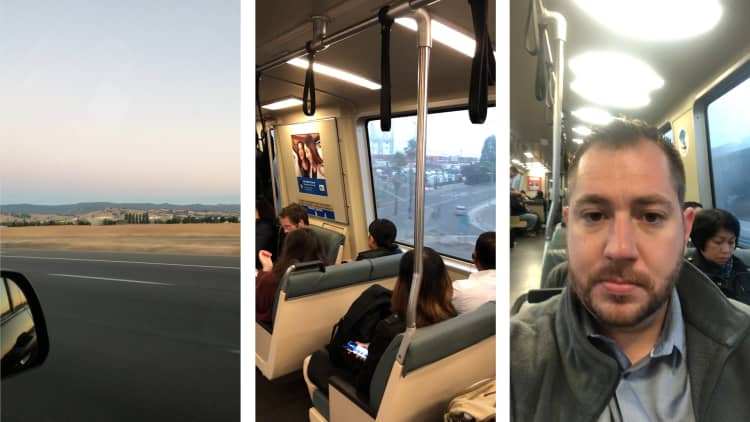