Blockchain's potential will continue to spur public and private investment 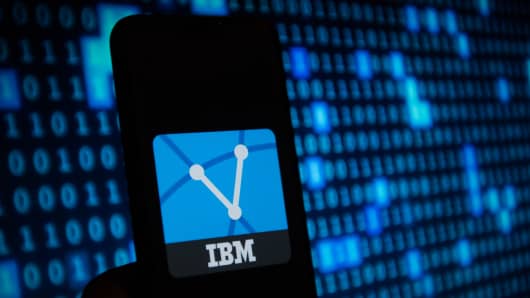 The many big companies disrupted by blockchain have now made it a priority to harness this technology.

As is typically the case when faced with disruption, large companies are seeking to defend their territory by adopting the very tool that threatens them. With blockchain there's a lot at stake. The global market for blockchain-related products and services is about $700 million and is projected to exceed $60 billion annually in 2024, according to Wintergreen Research.

Among the big corporate blockchain players are Accenture, Facebook, Google, IBM and Microsoft.

These firms are developing products and services based on blockchain's digital-ledger open-source technology that can be accessed and adapted by anyone. Blockchain enables global transactions between parties without going through large internet companies to market goods and services, connect, communicate, execute transactions or process payments.

Thus, blockchain users don't need to pay large concerns for these services (nor do they need to pay bank fees when paying with bitcoin, lumens, dash or other cryptocurrencies that use blockchain as their transmission vehicle). In rushing into blockchain, these large firms are seeking to keep users of such functions within their realm to keep from being disintermediated.

More from FA Playbook:
IRS wants its piece of bitcoin action
Keep your money safe from cyberattacks
What to learn from Sheryl Sandberg's SurveyMonkey share plan

In the parlance of blockchain proponents, these companies are known as "centralized authorities." But the whole idea behind blockchain, proponents say, is to decentralize the authority that goes with controlling internet commerce and internet use in general. So blockchain, at its core, is referred to as a decentralized system — where power lies with individuals for peer-to-peer transactions rather than with these centralized authorities profiting mightily from acting as intermediaries.

Still, large companies seeking to retain their dominance are neck-deep in blockchain development and investment. For example, IBM and Microsoft are leading global blockchain development projects in 2018, according to Wintergreen Research and Juniper Research. Those big firms are offering blockchain-related tools for clients to use in experimenting with digital ledgers in their cloud services. Accenture, the third-leading firm, is also focused on cloud-services development.

Amazon has also started to build blockchain applications, seeking to harness its potential ahead of online retail competitors. Further, Amazon is offering blockchain functionality as a discrete service, competing for that market slice with IBM and Oracle, which has been unveiling blockchain offerings in recent months.

Yet an overarching development concern for Facebook may be related to the blockchain raison d'etre, loudly voiced by early proponents, of retaining data privacy. Facebook, long under legal and reputational fire for breaches of users' personal data, is fending off criticism for a new breach, revealed in late September, affecting 50 million users. 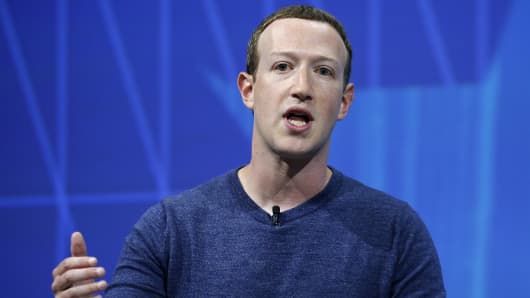 Though its level of investment so far isn't as great as that of these other companies, Google is also in the fray, seeking to protect its global dominion over web searches. The company has characterized its dedicated blockchain group as a "small team."

Yet some marketing firms are already using blockchain for digital-ad purchases, a move disruptive to Google's core business. One focus for Google is investing in blockchain firms primarily working on bitcoin applications, according to CB Insights.

To the extent that huge companies get into blockchain, this could provide a ready outlet for dollars itching to be invested publicly in this technology — thus siphoning off investment that might go to start-ups. Previously, the only way to invest in various amply venture-funded start-up firms developing blockchain applications (chiefly for bitcoin) was through ownership of private equity.

The shifting innovation of blockchain development complicates efforts to project outcomes for investors seeking to position their portfolios. Instead of a black-and-white scenario of cheeky start-ups tilting at tech-Goliath windmills, recent developments suggest a rainbow of outcomes, including partial disruption along with strategic acquisitions and alliances that lure markets this way and that.

"The battle for blockchain's potential will continue to spur public and private investment, resulting in the development breakthroughs and attendant corporate moves to consolidate and divest."

One way that large companies are seeking an edge is to try to prevent competitors from doing so; the tech-era approach to this involves acquiring patents. IBM, Facebook, Ford Motor and Walmart are spending tens of billions on blockchain patents. Bank of America leads this acquisition race with 45 patents — a natural defensive move since bitcoin and many other cryptocurrencies are designed to eliminate the need for banks.

Though blockchain has drawn significant attention, many analyses and media articles fail to distinguish public blockchain from private blockchain, the latter being B2B services or products used for internal business processes, such as IBM's application enabling location and tracking of maritime shipments and Walmart to track produce.

While private blockchain is a lucrative area with myriad potential uses, the larger battlefield for blockchain dominance involves public blockchain, which, though universally accessible, involves private recesses accessible only with passwords.

Development efforts in both private and public blockchain are seeking to forge new business models. Those that succeed could be in use for decades, as the potential applications in both areas seem to be limited only by imagination, opening up the spigots of venture capitalists.

Paralleling the crush of huge companies getting into blockchain is the nascent movement of Wall Street into what is now the most renowned blockchain user: bitcoin. A venture is in the works for a public exchange for investing in bitcoin as a currency and to serve other bitcoin functions, including transactions.

Weekly advice on managing your money
SIGN UP NOW
Get this delivered to your inbox, and more info about about our products and services.
By signing up for newsletters, you are agreeing to our Terms of Use and Privacy Policy.

With the goal of setting up a comprehensive bitcoin on-ramp serving investors, merchants and consumers, Intercontinental Exchange has partnered with Microsoft, Starbucks and Boston Consulting Group to launch Bakkt, a new cryptocurrency exchange. It's slated to launch in November. (ICE operates two of the world's largest commodities futures exchanges — ICE Futures U.S. and ICE Futures Europe.) The run-up to this launch is revealing a significant interest in bitcoin investment among institutional investors.

The battle for blockchain's potential will continue to spur public and private investment, resulting in the development breakthroughs and attendant corporate moves to consolidate and divest, while the investing public watches, dizzy from the speed and breadth of the developments.

In this regard, the next few years may be about as intense and heady as the 1990s, when early internet companies went head to head to establish dominance and lay claim to territory. The likelihood for this kind of environment has prompted well-informed observers to predict that blockchain will be the biggest thing since the internet itself.

WATCH: This is how blockchain can give 'invisible' people an ID 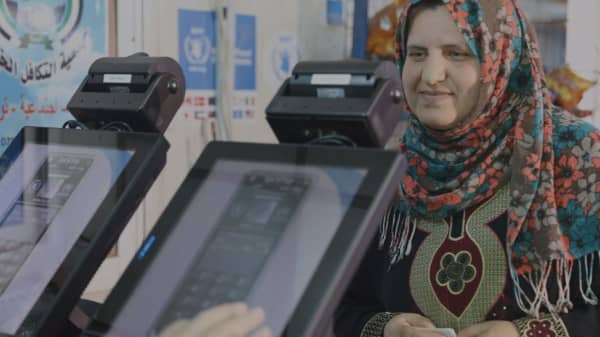