The Trump administration has announced it will cancel $150 million in debt for certain students.

Some 15,000 former students whose schools closed while they were in attendance will now have their debt erased, the Education Department said Thursday. The department estimates that the forgiven loans will add up to around $150 million.

"For them, it's going to be a very nice Christmas present," said Clare McCann, deputy director of higher education policy at think tank New America and a former Education Department official.

The "closed school discharge" allows people who attended schools that shuttered and then didn't enroll in another college to have their federal student loans automatically canceled after three years. The provision is part of the "borrower defense" regulation put into force under the Obama administration.

Since November 2013, nearly 3,600 schools have closed a campus or ceased operating altogether, according to the National Student Legal Defense Network.

Education Secretary Betsy DeVos had sought to delay the regulation, but a federal judge ruled in September that her efforts were unlawful. In October, the judge denied an industry group's request to postpone the rule as well, and ordered that the regulation go into effect immediately.

More from Personal Finance:
Strong economy could be your ticket to a new job
If you're tired of Medicare Advantage, now is the time to ditch
Retire in paradise: 5 countries where you can live the dream

"This appears to be a positive development, but we will continue pressing the Department to ensure that every single eligible borrower receives the full and complete relief they deserve," said Aaron Ament, the Network's president.

Eligible borrowers will receive an email Friday with the good news, according to the Education Department.

These borrowers will no longer have to make payments on their loans and could potentially be eligible for refunds.

They should also be able to delete any negative information on their credit reports that resulted from their student debt.

Although students generally need to wait three years after their college closed to receive an automatic discharge of their education debt, they can apply for the relief at any point.

WATCH: These college students are mining cryptocurrency from their dorm rooms 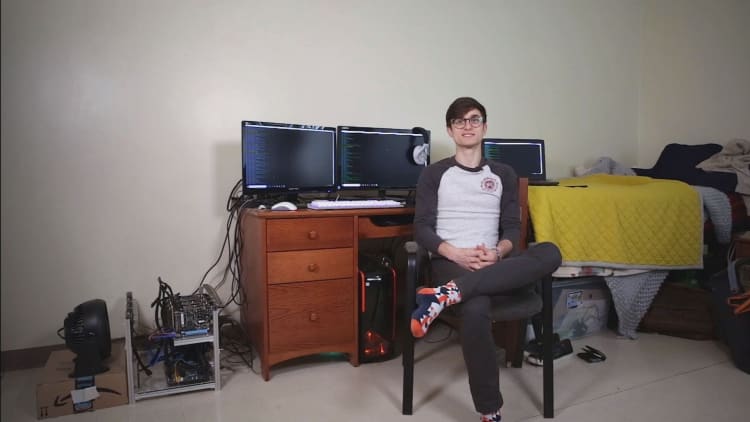