Investors have pushed back expectations for the ECB's first interest rate hike since 2011 due to slowing growth in the euro zone and the rest of the world, which is driven by weaker activity in China and trade tensions between Beijing and Washington.

Addressing the European Parliament in Strasbourg, Draghi acknowledged the economy had been disappointing.

"A significant amount of monetary policy stimulus is still needed to support the further build-up of domestic price pressures and headline inflation developments over the medium term," Draghi said.

"A significant amount of monetary policy stimulus is still needed. 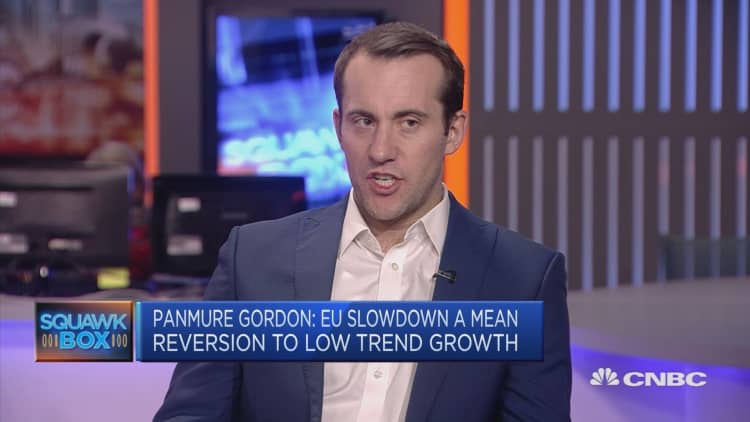 The ECB has pledged to keep rates at record lows at least until the summer and roll over the 2.6 trillion stash of bonds it has bought for an even longer time. Investors don't expect it to raise rates until 2020.

"Our forward guidance on the key ECB interest rates, reinforced by the reinvestments of the sizeable stock of assets we have acquired, continues to provide the necessary degree of monetary accommodation," Draghi said.