A new CreditCards.com survey finds that 19 percent of people in live-in relationships are hiding a bank account or credit card from their spouse or romantic partner. That's about 29 million Americans.

That could cause problems, since trust is perhaps the No. 1 predictor of a couple's long-term success.

The survey didn't dive into the motivation for hiding accounts and cards, but did find that millennials (defined here as those aged 18-37) were twice as likely as older generations to keep such a secret. Perhaps that's because they have more to hide: Compared to Boomers at the same stage of life, millennial households have lower earnings and more debt.

They're typically in newer relationships, too. According to the experts, though, that's no excuse. David Bach, author of "Smart Couples Finish Rich," tells CNBC Make It it's better to open up about money with your romantic partner sooner rather than later.

"Don't do it on the first date," he says. "But should you do in the first six months? Definitely."

Other experts agree. "Having a conversation about money early on is important," says Jason Thacker, head of consumer deposits and payments at TD Bank. "Being open, honest and understanding each other's priorities when it comes to money is crucial to your overall financial health and success as a couple."

If you fail to make your expectations clear, you could run into issues. A separate study conducted by the Financial Therapy Association found that many people engage in "financial infidelity" without even realizing it. Someone might not feel the need to tell their spouse about spending money on a guilty pleasure, or hiding a paycheck, and go uncaught until they hit their credit limit or miss a payment.

Most of the CreditCard.com survey respondents said they wouldn't break up with a partner if they discovered that partner was hiding financial matters from them. But more than half said said that keeping that kind of secret is at least as bad as physical cheating, while 20 percent say it's worse.

"Talking about money with your spouse isn't always easy, but it has to be done," says industry analyst Ted Rossman. "You can still maintain some privacy over your finances, and even keep separate accounts if you and your spouse agree, but you need to get on the same page regarding your general direction, otherwise your financial union is doomed to fail."

You need to get on the same page regarding your general direction, otherwise your financial union is doomed to fail.
Ted Rossman
industry analyst

SunTrust recommends that couples make a full inventory of their assets to get a full picture of their checking, savings and retirement accounts, as well as student loans, credit card debt and car loans. "Regardless of the past, couples need to discuss the financial reality of the present in order to plan successfully for the future," says Joe Sicchitano, the bank's head of wealth planning and advice delivery.

That's especially important if you're in it for the long-haul. You'll probably want to know if your partner has a shopping problem. A 2018 study found that dating an over-spender can lower your quality of life.

Plus, if you're planning on tying the knot, opening up about your finances can help you decide whether or not to get a prenup.

"There are tons of stats about how woefully under-saved Americans are for emergencies, retirement, college and so on," says Rossman. "If you don't know where your money is or where it's going, those already lofty financial goals will become even harder to reach." 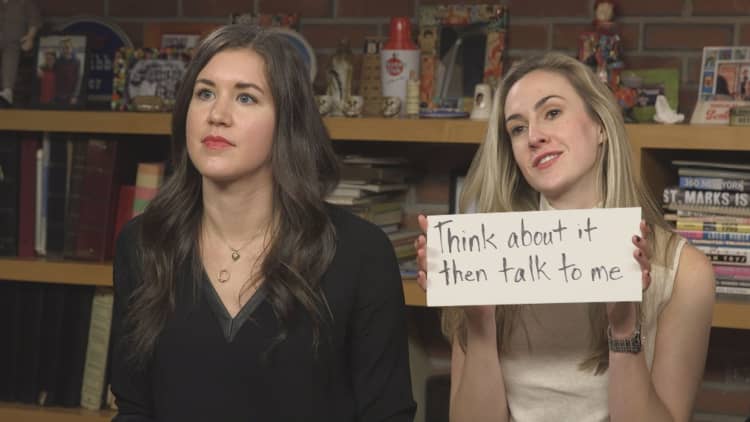 VIDEO4:0204:02
We asked couples about their biggest financial argument — and how they worked it out
Love Bank