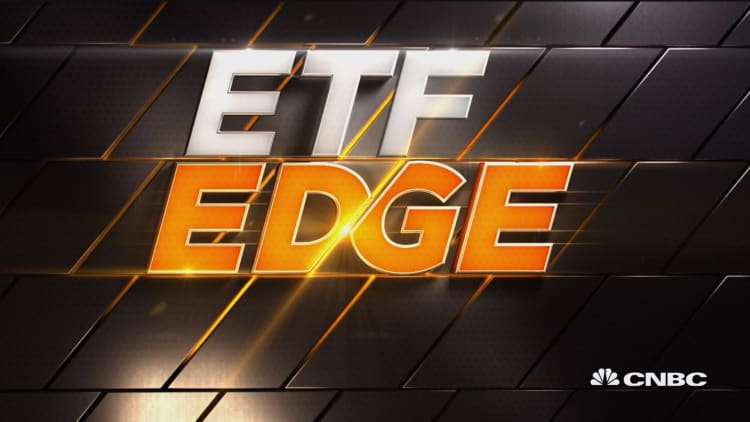 Chips stocks are getting burned.

The VanEck Vectors Semiconductor ETF (SMH) sank more than 2 percent Monday after a sales warning from Nvidia inflamed fears of a downturn in demand for chipmakers.

It could get much worse for the group this week, said Kevin O'Leary, co-founder of O'Leary Funds and co-host of 'Shark Tank.'

"I do not want to own semis going into the Apple print," O'Leary said on CNBC's "ETF Edge" on Monday. "If units are no longer transparent and they're opaque and we get the sense from Apple's numbers as they've already pre-guided that we're going to be light on units, it's going to make grown men weep in the semi space because the multiplier effect is going to be brutal."

Apple is set to report earnings before the bell Tuesday. The company warned of weaker results for its fiscal first quarter, largely tied to headwinds coming out of China. Though Apple no longer breaks out unit sales, any whiff of lagging demand will hit its suppliers hard, including Analog Devices and Broadcom.

"It blindly leads you into a very concentrated portfolio when the whole concept of ETF in the beginning is to provide diversification," O'Leary explained. "Many of the early stage early ETFs are market cap weighted where 10 stocks are 40 or 50 percent of the index. That is not the essence of diversification and so I'm against it."

There are some alternatives for investors looking for exposure to semiconductors at less risk than the SMH ETF, said Dave Nadig, managing director of ETF.com.

"You can get these sort of greatest hits of smart beta approaches," Nadig said on "ETF Edge" on Monday. "FTXL is the fund we're talking about. It's liquidity, value, growth – these are core factors for people to look at and it brings down the exposure in stocks like [Nvidia]."

The First Trust Nasdaq Semiconductor ETF (FTXL) tracks the U.S. chipmaker companies with the highest liquidity, and holds Analog Devices, ON Semiconductor and AMD as some of its biggest names. It rose 13 percent over the past three months compared to the SMH's 6 percent advance.