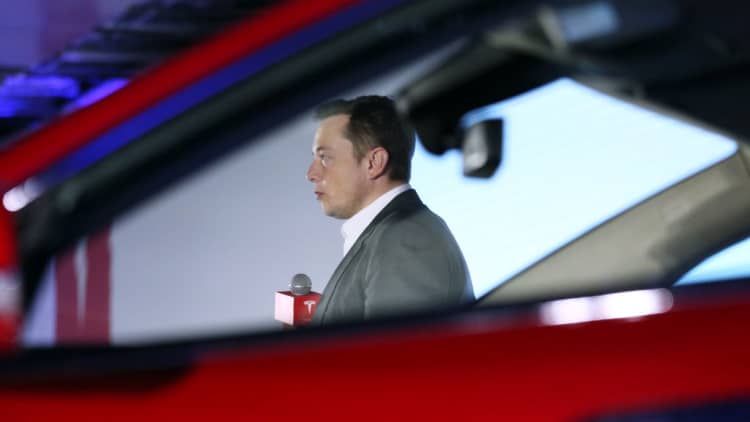 watch now
VIDEO3:3403:34
Tesla's CFO is stepping down. Here's what that means for shareholders
Squawk Box

Tesla's futures price was down 4.5 percent Thursday, a day after CEO Elon Musk announced that Chief Financial Officer Deepak Ahuja is retiring after almost 11 years at the electric car company.

It's the second time Ahuja has resigned from the company. He was one of Tesla's longest serving executives when he first left in 2015. He rejoined Tesla in 2017, replacing then-CFO Jason Wheeler, who abruptly resigned.

Moving into the CFO role at the electric vehicle maker is Zach Kirkhorn, previously the company's vice president of finance. "I feel really good about Zach taking over," Ahuja said. "He's proven himself over the years with many tough challenges he's worked on."

Musk announced the change at the end of a conference call with analysts discussing the company's fourth-quarter earnings results.

Kirkhorn said, "I've been deep in the operations of every major program of the company from Roadster to … scaling our energy business and more things to come. I feel we're starting 2019 with a very strong financial foundation. We have enough cash to start new programs and develop new technologies." Prior to joining Tesla in 2010, Kirkhorn was a business analyst at McKinsey & Co.

Kirkhorn has quickly ascended to the role of CFO, especially at a company with a market capitalization over $50 billion. 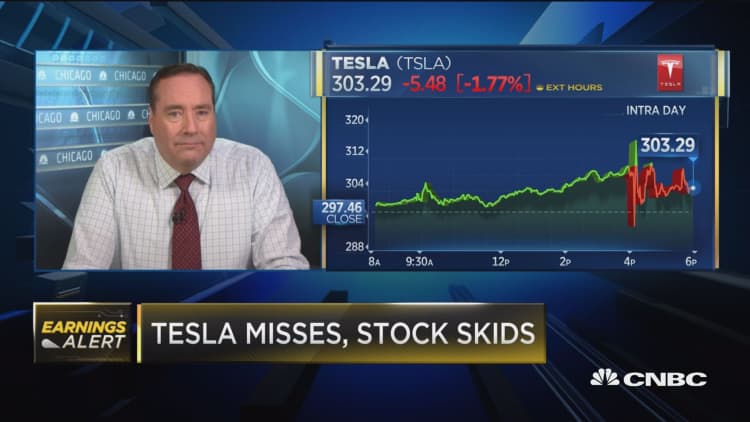 A former Tesla employee said Musk ignored Kirkhorn's prudent financial advice at least once. Musk wanted to allocate some $7 million to an automation project at the company's plant in Fremont, California. Kirkhorn had viewed the idea as as nonessential, and after it was thought that Musk had forgotten about it, the funds were used to cover overages on other projects already under way.

On the earnings call Wednesday, Musk said Ahuja will "continue to be at Tesla for a few more months and will continue to serve as a senior adviser to Tesla for years to come."

Ahuja joined Tesla as CFO at the worst possible time: July 2008. He was with the company when it went public in 2010.

Tesla's finance team has seen high turnover in the past year with one chief accounting officer, Dave Morton, spending less than a month at the company.

Other long-time veterans have been resigning in the past six months, including Charles Mwangi, a senior director of engineering who had been with Tesla since 2012, and one of Tesla's first-ever sales hires, Jeremy Snyder, who left his role as head of global business development there in August, according to his LinkedIn profile.