Google has made several large real estate moves meant to provide room for more jobs, now including a 35-story office tower in Austin, Texas, according to the Austin-American Statesman newspaper.

The office tower provides space for 5,000 jobs, according to the report, which cites local real estate sources. A Google spokesperson declined to comment.

That hasn't been the case this quarter. The company said in November it planned to spend $100 million for 21 acres of land for a "mega campus" in San Jose, 15 miles south of its headquarters.

In December, the company announced a new $1 billion investment for a new campus in New York City, giving the company the ability to more than double its headcount in the city, which today is around 7,000 people. The company employs teams for its search and advertising business, as well as YouTube and cloud services in New York. The new facility will be in the Hudson Yards area near Chelsea on the west side of Manhattan.

Google currently has fewer than 1,000 employees in Austin. The new tower, located in the center of the city overlooking the Colorado River, is under construction and when completed will have around 790,000 square feet of space, according to the report. The company's jobs in Austin include sales, cloud services and technical positions focused on the G-Suite of products, including Gmail. 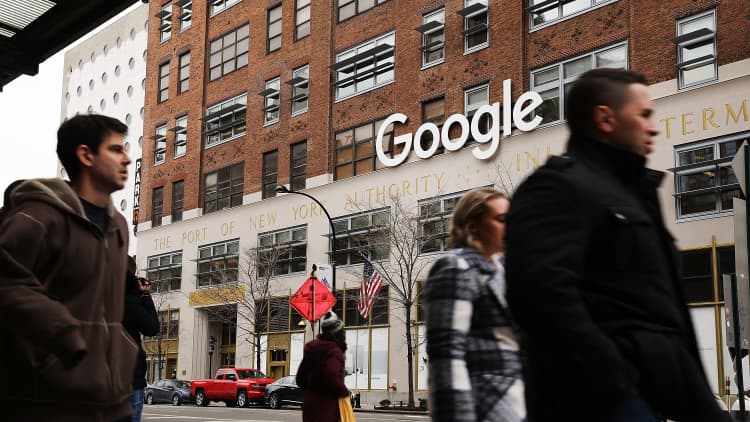