Democratic presidential candidate and Massachusetts Sen. Elizabeth Warren on Tuesday unveiled a sweeping new proposal for universal child care aimed at providing licensed early childhood care for every family in the country at a cost of no more than 7 percent of that family's income.

For families making up to 200 percent of the federal poverty level, under Warren's plan, child care would be free. 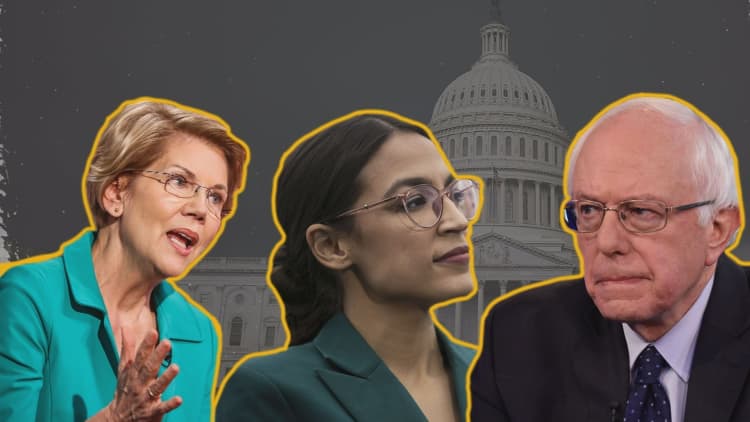 Within the crowded 2020 Democratic primary field, Warren's ambitious proposal is likely to elevate the issue of child care beyond its relatively limited reach four years ago. In 2016, both Hillary Clinton and Bernie Sanders had major child care expansion plans built into their policy platforms. But neither candidate invested real political capital into promoting their respective plans, and voters took little notice of them.

Warren's plan could also deepen already emerging policy fault lines among among more liberal Democratic 2020 candidates, like her, and her more moderate opponents.

According to Warren, her child care plan rests upon four policy pillars:

1. The federal government will partner with local providers — states, cities, school districts, nonprofits, tribes, faith-based organizations — to create a network of child care options that would be available to every family.

3. Local communities would be in charge, but providers would be held to high national standards to make sure that no matter where you live, your child will have access to quality care and early learning.

4. Child care and preschool workers will be doing the educational work that teachers do, so they will be paid like comparable public school teachers.

"In the wealthiest country on the planet, access to affordable and high-quality child care and early education should be a right, not a privilege reserved for the rich," Warren wrote in a blog post on medium.com Tuesday announcing the proposal.

Warren's plan is projected to cost around $700 billion over 10 years, money which she said would come entirely from the proceeds of her proposed "ultra-millionaire tax."

"The Ultra-Millionaire Tax asks the wealthiest families in America — those with a net worth of more than $50 million — to pay a small annual tax on their wealth," Warren wrote. According to a research paper Warren cited, by two economists at the University of California, the fully implemented millionaire's tax could raise as much as $2.75 trillion in government revenue over the next decade.

Contrasts with other Democrats

Warren's plan presents a stark contrast with policy preferences laid out by 2020 Democratic candidates who have staked out more pragmatic territory, like Minnesota Sen. Amy Klobuchar.

"No. I am not for free four-year college for all," Klobuchar said during the broadcast, catching many in the audience by surprise. "If I was a magic genie and could afford to give that to everyone, I would," she added, before explaining several steps she would take to make college easier to afford. 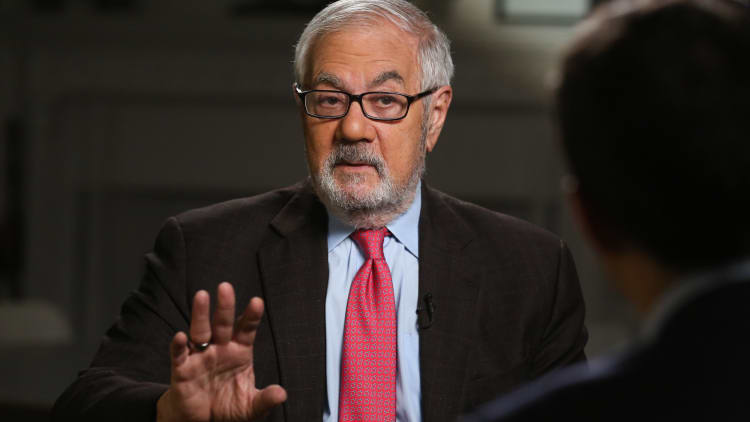 Klobuchar, who announced her White House run last week, has not yet weighed in on Warren's "ultra-millionaire's tax," but already, the former Minnesota federal prosecutor appears to favor a more practical approach to governing than some of her fellow 2020 Democrats.

Klobuchar did, however, sign on as a sponsor of the 2017 Child Care for Working Families Act, a bill introduced by Democratic Sen. Patty Murray, Wash., and Rep. Bobby Scott, Va. that also seeks to make child care affordable for every working family, but through different means than Warren's bill.

Earlier this month, Klobuchar was one of only three Democratic presidential hopefuls in the Senate who voted in favor of a government spending bill that avoided a government shutdown and included more than a billion dollars in restricted funds that President Donald Trump plans to use to build a border wall between the U.S. and Mexico.