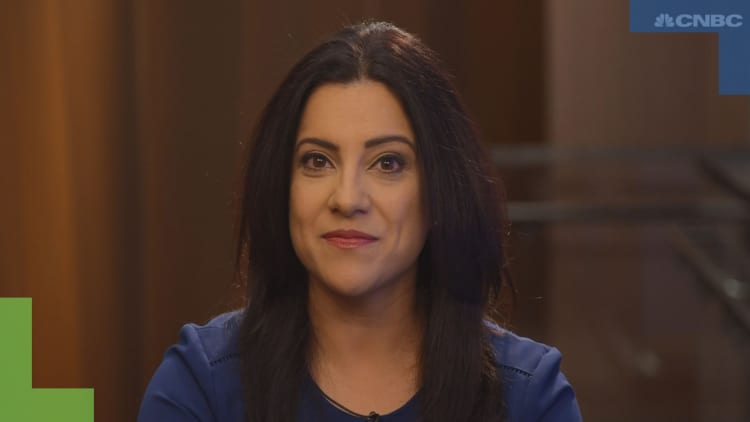 After visiting numerous schools where the coding and robotics classes were filled with boys, Reshma Saujani couldn't stop thinking about the faces she hadn't seen.

"Where were the girls?" she wondered. A lawyer and politician, Saujani wanted to close the gender gap in technology by reaching girls at an early age.

So she did what any social equalizer would do. In 2012, she founded Girls Who Code, which has grown into a national movement. Today, more than 90,000 girls in all 50 states participate in the program, which aims to support and increase the number of women who work in computer science. The nonprofit says it is on track to achieve gender parity in tech fields by 2027.

When companies have diverse teams, and they have incredible women that are part of their engineering teams, they build awesome things.
Reshma Saujani
author and attorney

The author of three books, Saujani gave a TED talk — "Teach girls bravery, not perfection" — that sparked a national conversation about how we raise girls.

Girls are socialized to be perfect, but not to take risks, Saujani says. Their fear of failure can hamper their potential. They learn, in effect, to stand in their own way.

Saujani, who herself had an unsuccessful run for Congress, says girls need a supportive network that encourages them to become comfortable with imperfection — and cheers them on while they raise their hands in class or admit they don't know the answer to a problem.

More from Invest in You:
Stashing cash finally starts to pay off
Why HSAs are ideal millennial savings vehicles
Smart moves for long-term financial security

"Coding is an endless process of trial and error," Saujani said in her TED Talk. "It requires often many, many tries to get right … until that magical moment when what you're trying to build comes to life. It requires perseverance. It requires imperfection."

Women should be helping to build the companies of tomorrow, Saujani says.

"When companies have diverse teams, and they have incredible women that are part of their engineering teams, they build awesome things," she said, "and we see it every day."