Skip Navigation
Psychology and RelationshipsHarvard neuroscientist: The 'most underrated' skill all successful people...
Juliette Han, Contributor
Unlocked73-year-old pays $370/month to live in a 1,066-square-foot airplane
Celia Fernandez|Beatriz Bajuelos Castillo
Health and WellnessI'm a psychologist in Finland, the No. 1 happiest country in the world—here are...
Frank Martela, Contributor
Ninaidea | Twenty20

When it comes to your workday, less is more...but that can be a challenge for many. It's easy to feel bombarded as you begin your day with incoming emails, meeting notifications and Slack messages that demand your attention.

The constant chase can make even the most seasoned executives feel overwhelmed. In fact, the problem with today's work culture is that many people believe they need to work longer hours in order to get more done and succeed.

One study from Stanford University, however, debunks that belief. In his research, economics professor John Pencavel found that productivity per hour decline sharply when a person works more than 50 hours a week. After 55 hours, productivity drops so much that putting in any more hours would be pointless. And, those who work up to 70 hours a week are only getting the same amount of work done as those who put in the 55 hours.

"Busyness is not a means to accomplishment, but an obstacle to it," writes Alex Soojung-Kim Pang, a Stanford scholar and author of "Rest: Why You Get More Done When You Work Less." He argues in his book that when we define ourselves by our "work, dedication, effectiveness and willingness to go the extra mile," it's easy to think that doing less and creating more peace in our minds are barriers to success.

The Law of Least Effort

There are a handful of ways you can get more done by doing less, but it starts with where you decide to focus your mental energy. The goal is to stay present and detach yourself from the insignificant tasks and issues at hand.

One effective way to do this is to adopt a spiritual law of success called the Law of Least Effort. This law is based on the idea that nature's intelligence functions with effortless ease of action and without resistance.

Here's how to incorporate the Law of Least Effort into your life:

Think about your current circumstances and tell yourself, "I understand and accept how things are. This moment is exactly how the universe is right now." These words stop you from reacting to the events around you and instead encourages you to simply acknowledge they them.

You might even say, "I accept my situation, not as I want it to be." You'll go from thinking about all the things that aren't going your way to focusing on all the positive possibilities of the present moment.

2. Take accountability for your current situation

There's no need to fight and push against the little things. Practicing the art of surrendering yourself has many benefits. If you're late to a meeting or your manager is taking out his bad day on your, don't point your finger at other people. Say to yourself, "I am accountable for what happens in my life." Then, move on. 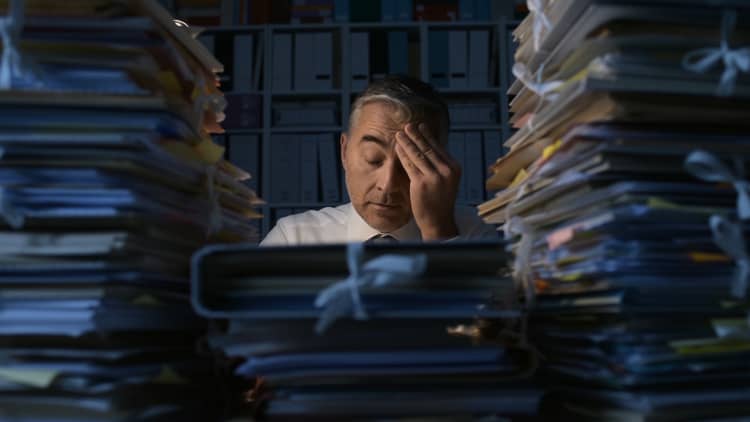 VIDEO2:4402:44
Marcus Buckingham: This staggering statistic about work sums up why anxiety is at an all time high
The Definitive Guide to Business

When you shift the attention back to yourself, you'll realize that only you can control your mood, disposition and destiny. Don't let someone else's bad day ruin your day, too. When you see yourself as the change agent, problems will start to feel like opportunities. And as you encounter difficult situations, ask yourself "What can I do to fix it?"

3. Detach yourself from 'who gets the credit'

Most office jobs involve a degree of politics, but it's important to focus on the message, not the messenger. Try not to get too caught up in ego-driven conversations or competing for who gets the most praise. When an idea comes up, focus on the quality of that idea, instead of who proposed it. And when you suggest an idea, don't worry if it doesn't get adopted. Take a breath and try to detach yourself from the results.

You don't have to chase every little thing that appears in front of you, but you can focus on the items that truly matter and give meaning. What's more, your actions will speak volumes, and you may earn the reputation of being selfless, which will enhance your standing among your peers.

To further master the Law of Least Least Effort, listen to our new album "Musical Meditations on the Seven Spiritual Laws of Success," in which Deepak guides you through how to reframe your mind in accordance with this law. You'll quickly understand the three-part method of acceptance, accountability and detachment.

Deepak Chopra is the co-author of "The Healing Self," founder of The Chopra Foundation and co-founder of Jiyo and The Chopra Center for Wellbeing.

Kabir Sehgal is a New York Times best-selling author. He is a former vice president at JPMorgan Chase, multi-Grammy Award winner and U.S. Navy veteran. Chopra and Sehgal are the co-creators of Home: Where Everyone Is Welcome, inspired by American immigrants. 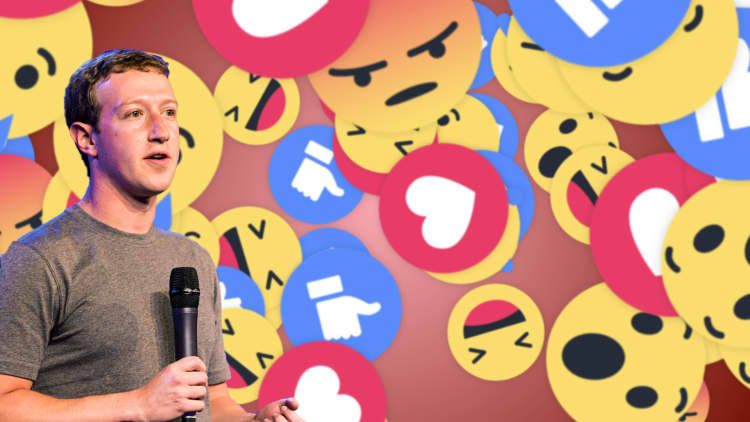