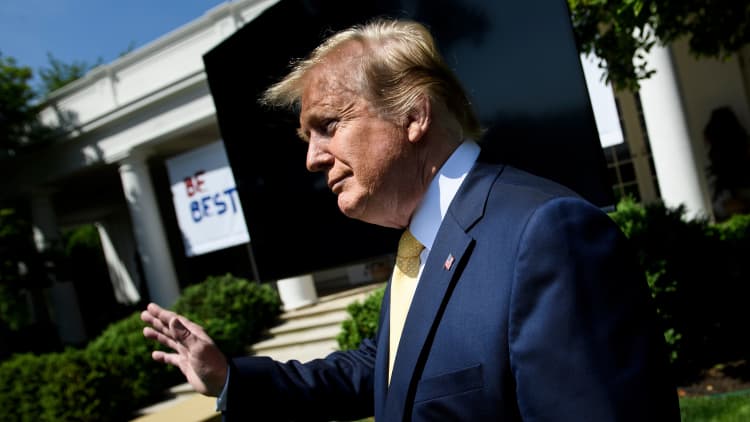 All signs point to an escalation of the trade war between the United States and China, the world's two-largest economies.

President Donald Trump tweeted Sunday that he would seek to increase tariffs to 25% on $200 billion worth of Chinese goods starting at 12:01 a.m. ET Friday due to China pulling back on trade promises. China is still sending a delegation to negotiate this week, but right now it looks like an all-out trade war is about to begin.

The worst-case outcome there, say experts, is a fight that sends the S&P 500 into a correction — which would be 10% off that key indicator. The companies likely to be hardest hit, say the experts, are likely Boeing, Apple and Caterpillar. They are all down about 5% this week already.

Then the pain ripples into the metals, mining and automobiles sectors.

"Fasten your seatbelt and don't hold your breath," Bank of America strategists wrote in a note this week. "The latest escalation of the trade war was completely unexpected, despite the strength of the economy and the markets."

Global equities have been on edge this week after Trump tweeted Sunday that the current 10% tax on $200 billion worth of Chinese goods will rise to 25% on Friday. The Dow Jones industrial average is down about 450 points this week, while the S&P 500 shed 1.9%.

"With risks having increased, it is worth asking where the largest asset market moves could occur if trade tensions were to rise further," Keith Parker of UBS wrote Tuesday.

For its part, Bank of America Merrill Lynch said its bear case includes a U.S. tariff hike and a response from China on U.S.-made cars. Beijing could also decide to buy more soybeans from Brazil instead of the U.S., putting the pressure on farmers throughout the country.

An inflamed trade war would have sizable impacts on European and Asian markets, too.

Based on models complied by UBS' Parker, the Stoxx 600 index — which tracks large-, mid- and small-capitalization companies among 17 European countries — could see another approximate slide of 7% if trade tensions worsen. The index is already 3.3% off its 52-week high. 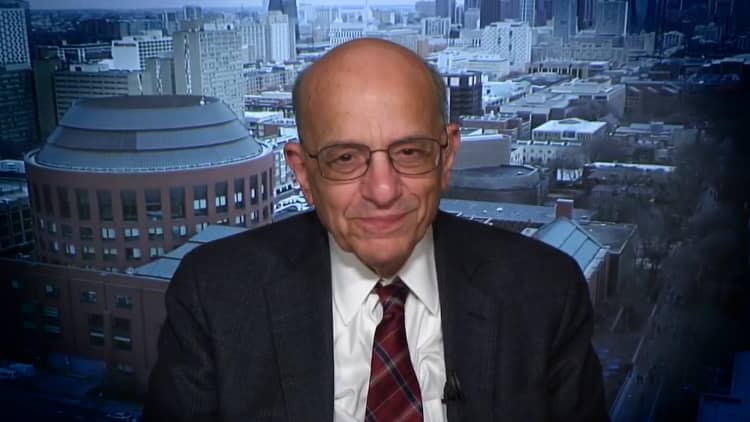 He added that a full-blown trade war would shave off 45 basis points from global economic growth, while China's GDP would take a hit of between 1.2% and 1.5%.

For his part, Morgan Stanley's head of U.S. public policy strategy, Michael Zezas, wrote that while his base case expects China's GDP growth to recover to 6.5% in the second and third quarters, a U.S. tariff hike could cut that estimate by 0.3 percentage point.

"While we expect a re-escalation would be temporary, as market weakness would help bring both sides back together, any escalation inherently augments uncertainty and further undercuts risk markets," Zezas said.

Further, if China responds by raising its weighted tariffs on $60 billion of U.S. goods to 15% from the current 7%, that could reduce U.S. GDP by 0.1 percentage point.

"Negative surprises like a potential re-escalation of trade tensions can have a greater price impact than fundamentals might dictate," Zezas told clients. "Near-term downside risk for Chinese equities onshore and offshore could be down 8% to 12%, arguably the biggest among major markets we cover."

Will Fed step in?

To be sure, trade deliberations aren't the only force at play in the markets. Any continued turbulence between the U.S. and China could be mediated by the Federal Reserve by lowering interest rates, suggested DataTrek co-founder Nick Colas.

"With US equity volatility looking to rise this week, markets will inevitably back into an ever-stronger view that Fed policy will have to shift," Colas wrote Monday. "On the plus side, that should limit daily slides in stock prices. On the downside, it paints the Fed into an ever-tighter corner. And it will force equity investors to have higher conviction that a rate cut is coming than the central bank itself has just now."

That Powell and other Fed members spent so much time in a recent meeting discussing softer growth in Asia and Europe could mean that the central bank could step in and lower borrowing costs if it felt the U.S. economy needed a boost.

Still, many Wall Street insiders had assumed that the relative calm in U.S.-Chinese trade relations to start the year would soon lead to a permanent resolution. Instead, Trump's weekend remarks that trade progress is moving "too slowly" caught many — including Cowen Washington strategist Chris Krueger — by surprise.

Paying homage to the doomed British cavalry charge of the 1850s, Krueger poked fun at the renewed barbs between the two nations in a portion of his market warning entitled "The Charge of the Lighthizer Brigade."

Prior to U.S. Trade Representative Robert Lighthizer's Monday comments, Cowen had assumed the "'Great Man' theory would hold, Trump and Xi would have the best conversation, talks would continue, and Trump would put tariffs on hold for ~30 days," Krueger wrote.

Lighthizer told reporters Monday that the planned tariff increased will take effect at 12:01 a.m. on Friday, but added that Chinese Vice Premier Liu He is expected to join a trade delegation in the United States this week.

"This was Trump acting out on a rainy Sunday in Washington with nothing on the public schedule," he added. "To paraphrase Lenin: there are decades where nothing happens and there are weeks when decades happen...and then there is a single week in the Trump Presidency. What a time to be alive."

Correction: An earlier version incorrectly referred to Krueger's affiliation. He is with Cowen.