Amazon may be closing its marketplace in China, but it's still aggressively pursuing growth in the country with a new lending service that could help bolster its sprawling seller community there.

The program is called Lending Referral Program, according to a post in Amazon's sellers forum, which is only open to merchants doing business on the site. Screenshots of the post were viewed by CNBC. Amazon picks and connects prequalified sellers with a local lender in China, offering short-term loans to help the sellers purchase inventory and expand their business.

"The Lending Referral Program is a new program by Amazon Lending," the post said. "Under this program you may be extended offers to apply for loans provided by local Chinese lenders to grow your business on Amazon."

Amazon's new loan service is the company's latest initiative in China, after announcing the closure of its marketplace there last month. Instead of targeting Chinese consumers, the lending program is aimed at growing the number of China-based merchants who sell directly to Amazon consumers in the U.S. and the rest of the world, as Chinese sellers now account for a significant share of Amazon's global marketplace sales.

"If Amazon wants to build a bigger seller ecosystem in China — and grow its worldwide marketplace — providing working capital is a key factor," said Don Zhao, co-founder of Azoya, a company that helps e-commerce businesses in China. 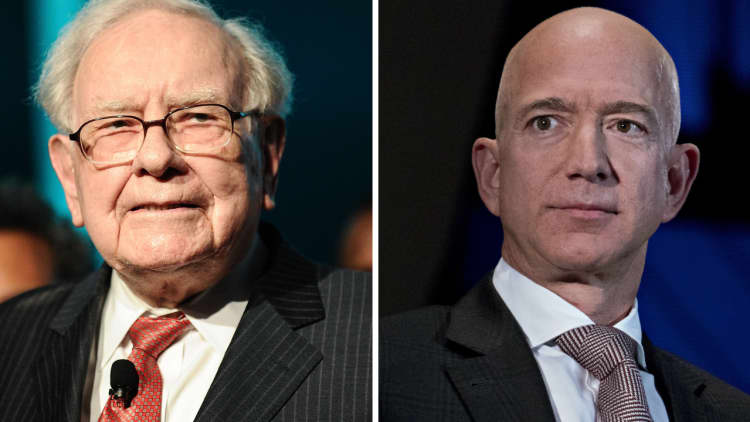 The new lending service is important for Amazon, as an increasing number of its most successful sellers are based in China, and providing easier access to capital could further boost their growth.

According to a recent report by Marketplace Pulse, an e-commerce research and consulting firm, over 40% of the best-selling merchants on Amazon are now in China, a figure that's more than doubled since 2016.

The primary reason for their success is in pricing, as Chinese sellers are able to source products at a lower price than sellers in other parts of the world, said Juozas Kaziukenas, CEO of Marketplace Pulse. Although the general Chinese consumers may not find Amazon so appealing, China-based merchants are increasingly using it as an important sales channel to directly reach U.S. consumers, he said.

"Chinese sellers have something to offer to shoppers on Amazon, but Amazon itself failed to offer anything to Chinese shoppers that wasn't already perfected by local players like Alibaba," Kaziukenas said.

An Amazon spokesperson said the company doesn't disclose third-party seller sales per country and that sellers from China are not its biggest group of sellers. But it acknowledged the launch of a new lending service in China, adding that Amazon Lending also provides access to loans to sellers in the U.S., U.K., and India.

"We created Amazon Lending to make it simple for sellers to efficiently get a loan, because we know that capital can help put sellers on the path to success," Amazon said in an emailed statement.

Amazon said in the forum post that the service is currently invite-only for select sellers who "meet the criteria determined by both Amazon and the lenders." The qualification criteria varies by lender, the company said, but sellers have to agree to share certain personal data, including sales rates and growth, return rate, negative feedback rate and average inventory value before receiving the loan. The final decision on loan underwriting and fund disbursements is made by the lender, the post said.

Azoya's Zhao said it makes sense for Amazon to launch with a local lending partner as it helps meet China's complicated government regulation and compliance measures. Other Chinese tech giants, like Alibaba and Tencent, have similar partnerships for their own online lending services, he said.

This isn't the first time Amazon has made a lending partnership. In 2018, Amazon India launched a similar program called the Seller Lending Network with multiple third-party lending partners. CNBC previously reported that Amazon partnered with Bank of America Merrill Lynch for its U.S. lending arm, but unlike India or China, the loans come off the company's own balance sheet. In a job post last year, Amazon wrote it was seeking a manager to handle "end-to-end responsibility for scaling operations and partner programs in a new strategic initiative in China" for its lending arm.

Amazon launched its merchant lending service in 2011 and saw significant growth in 2017, when it disclosed that it made over $1 billion in annual loans for the first time, up from roughly $1.5 billion in total in the first five years. By then, it said it had made over $3 billion in short-term loans ranging in size from $1,000 to $750,000. However, its lending amount has plateaued over the last two years, with the loan balance remaining at around $700 million a quarter, company filings show. On Tuesday, Amazon announced that it made "more than $1 billion" in seller loans in 2018.

Amazon hasn't publicly disclosed the exact criteria for making merchant loans in the U.S. But in a separate seller forum post, seen by CNBC, Amazon says sellers are required to have a sales history of at least 12 months on Amazon and at least $10,000 in total sales in that period. It also states that declines in sales or customer satisfaction rates could reduce the chances of getting invited to the lending program. 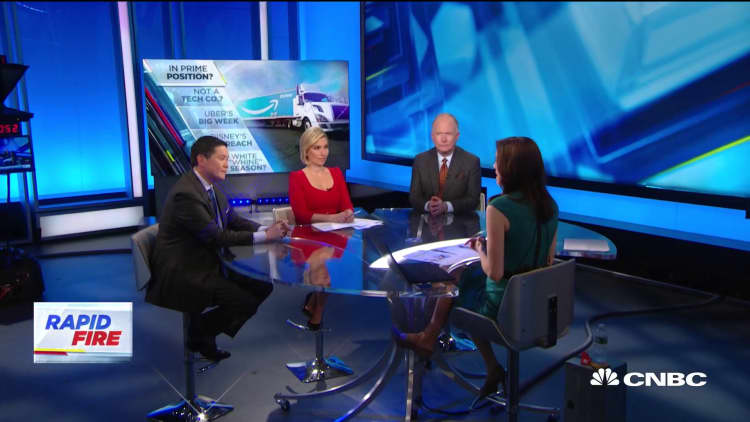