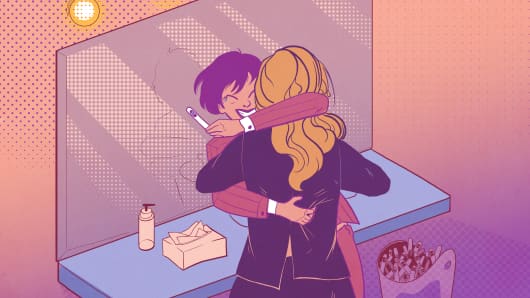 As women become mothers later in life, and more single people and same-sex couples want to start families, fertility treatments are becoming more common. The problem is that the process isn't getting any easier. Offering help and transparency to this audience is the goal of Progyny. The New York City-based company is a fertility benefits start-up that offers plans to large, self-insured companies to help their employees cover the cost for fertility treatments.

These include procedures such as in-vitro fertilization (IVF) and egg freezing, expensive interventions that are increasingly needed, but not always covered. The average cost of one cycle of IVF, for instance, is $12,000 and that doesn't include the medications needed.

The company, which was started in its current form in 2015 (it launched as an online fertility information platform in 2008) has over 500 clinic locations and over 700 providers in its network nationwide. It now has over 30 Fortune 500 customers who are providing fertility benefits through Progyny. Last year, it expanded its offerings with the launch of Progyny Rx, a member portal and proprietary digital emotional support tool. It provides same day or overnight delivery of medications as well as clinical support seven days a week.

So far, Progyny has raised $99 million in funding from venture heavyweights Kleiner Perkins, Merck Ventures and TPG Biotech. And in the ongoing battle to attract and retain the best workers, offering fertility benefits can give a company an edge. According to research from FertilityIQ, 62% of employees who had their IVF covered reported being more likely to remain in their jobs for longer.