There are billions of people in the world, and only a tiny fraction of billionaires. These are the people who have created phenomenally successful businesses and changed the world in significant ways.

What's their secret to achieving such impressive accomplishments? What are their belief systems? What gives them the energy to pursue ambitious goals? How did they get to where they are today, and how can we embark on the same journey?

To answer these questions, I spent five years conducting face-to-face interviews with 21 self-made billionaires — which I also document in my new book, "The Billion Dollar Secret."

The billionaires I spoke to are all unique in their own ways; they each have their own area of expertise, individual quirks and come from all over the world. Despite their differences, almost all of them share a set of six habits.

These habits don't come from one's DNA — they can be adopted by anyone and used to achieve massive success and wealth.

Each and every single billionaire I interviewed said that waking up early is a big component of their success. Most said their wake-up time is around 5:30 a.m.

Early hours, when the sun is just starting to rise, exude a special kind of primal energy. You have more time to think in silence, work undisturbed and mentally prepare for the day. There's also something wonderful about knowing you're getting a head start while others are still asleep.

Manny Stul, CEO of Moose Toys, says waking up early was life-changing for him. "It was a struggle at first. But after about two weeks, I was waking up without the alarm," he tells me. "I never got out of the habit, ever. No matter what time I go to bed, I always wake up early and exercise for an hour."

You have more time to think in silence, work undisturbed and mentally prepare for the day.

It's important to note that getting less sleep isn't what makes you successful. There are very few billionaires who only need between three to four hours of sleep, but the majority of them function best after seven to eight hours of rest. Those that need more sleep simply go to bed earlier.

Without good health, life can be miserable and no amount of success or money can make things better. Whether they're 40 or 80, the billionaires I spoke to all maintain their health by exercising regularly.

Brazilian entrepreneur Lirio Parisotto says he hits the treadmill three times a week. "My average calories burned per workout is 1,000," he tells me. "I do it whenever possible. It's harder when I'm traveling, but I always make up for the skipped days when I get back."

It was interesting to learn that many billionaires incorporate their favorite sports into their workout regimen. They claim that sports teaches you about winning and losing, both of which are essential skills in business and life. As Magna International founder Frank Stronach once told me, "In sports, you learn about character, competition and how to play fair."

Sports isn't the only element of a healthy life for billionaires. Many practice meditation or stick to a nutritious diet. Of the 21 billionaires I interviewed, only one was a smoker; the rest were either previous smokers who eventually dropped the unhealthy habit or have never smoked before.

Warren Buffett, a voracious reader, will be the first to tell you that reading is the most valuable source of knowledge. The Berkshire Hathaway CEO reads up to 500 pages per day.

If you have the stereotypical image of a billionaire reading the economy pages of national dailies, you're not wrong — some of them do just that. Many prefer the likes of The Economist, Financial Times, Fortune or The Wall Street Journal.

Others go for biographies of iconic business leaders or books about finance, business, science, history or technology. They also learn a lot from fiction and self-help books.

It helps to develop a systematic approach to your reading: Keep a priority list of titles based on your interests or recommendations from mentors — anything that will add value to your life. If you want to go the extra mile, mark interesting passages and write down notes, thoughts and ideas.

Billionaires love setting aside alone time...to think. They might do this by meditating or some other relaxing activity they enjoy.

Kim Beom-su, one of South Korea's most successful Internet entrepreneurs, uses his mornings to think deeply. "While taking a shower or walk, I take time to contemplate," he says. "This is my most important habit. It's during those times that I've been able to organize my thoughts, gain more clarity on certain things and develop new ideas."

Media mogul Oprah Winfrey is a strong advocate for meditation. In 2017, she partnered with Deepak Chopra to launch a 21-day digital audio meditation series. Each recording includes a mantra and questions designed to encourage self-reflective thinking.

5. They commit to routines

Routines and rituals are sets of habits that, when practiced consistently, lead to profound, long-term results. Most billionaire routines start early in the day.

It doesn't matter when you do your routine activities. What counts is that you commit to doing them — even when you don't feel like it.

Some have simpler routines, some more complex ones, but as I mentioned earlier, typical elements of a billionaire morning routine include getting up early, exercising, reading and contemplating.

Beom-su says he sleeps at around 11:30 p.m. and wakes up between 5 to 6 a.m. As soon as he gets up, he puts on a cap, grabs his earphones and goes for a walk outside. "When I come back, I take a shower. Then, I come out to the living room where there are a lot of books and choose one that catches my eye," he says. After 30 minutes of reading, Beom-su listens to music for another half hour, enjoys breakfast with his family and then heads to work.

It doesn't matter when you do your routine activities. What counts is that you commit to doing them — even when you don't feel like it.

The billionaires I interviewed are some of the most disciplined people I've ever met. They set extraordinarily high standards for themselves and the people around them.

In sports, for example, you can't achieve great results if you don't have enough discipline to train regularly. The same applies to your life and career. Limit the distractions and temptations that hinder your progress. Show up. Be eager to grow your skills.

Of course, billionaires are by no means superhumans. Like the rest of us, they have days where they feel lazy and unmotivated. The difference, however, is that they're fully aware of it and don't allow themselves to slack off. They power through their struggles.

Limit the distractions and temptations that hinder your progress. Show up. Be eager to grow your skills.

Investor Michal Solowow once confessed to me that every morning, he has to do things he doesn't like. "But I still force myself to do them," he says, adding that there's a "lazy" voice that lives inside his head — a voice that tries to convince him that he's "in hurry and there's no time" or that he doesn't "feel well today."

But then, Solowow thinks to himself: No way, don't cheat yourself, bud.

Rafael Badziag is an award-winning author, entrepreneur and expert in the psychology of entrepreneurship. He has interviewed more than 21 self-made billionaires from all over the world to learn about their secrets to success. His new book, "The Billion Dollar Secret: 20 Principles of Billionaire Wealth and Success," is an Amazon best-seller. Rafael has been featured on NBC, CBS, USA Today and The Wall Street Journal. 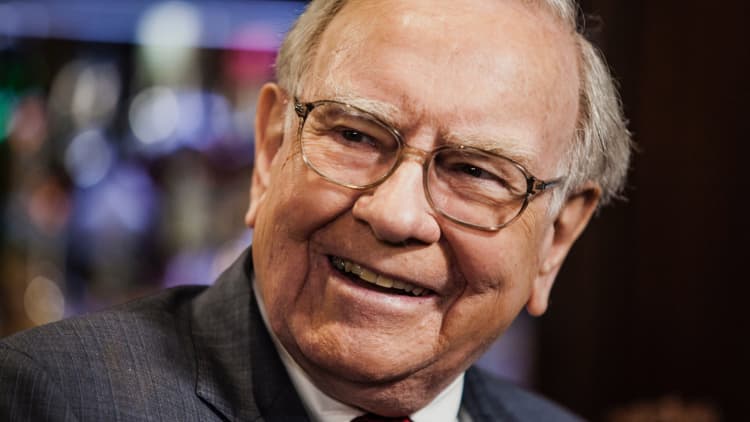 VIDEO1:5501:55
Suzy Welch: The lesson Warren Buffett taught me at a dinner party
Get To Work: With Suzy Welch