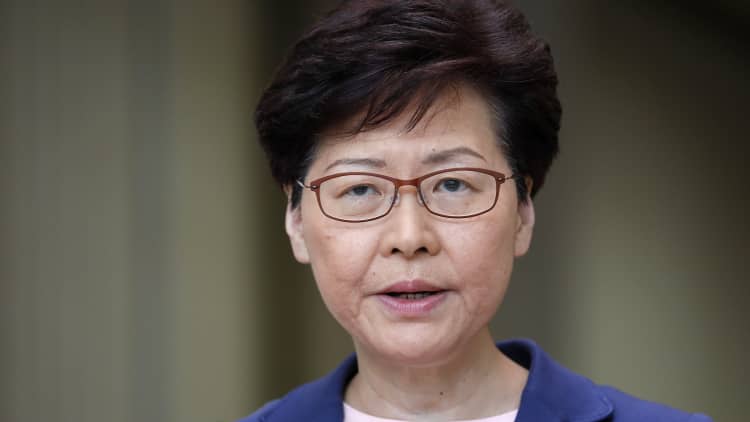 Hong Kong leader Carrie Lam said Tuesday that the controversial extradition bill that has led to mass protests in the city is "dead."

Addressing the weeks-long drama during a news conference, she reiterated that there is no plan to restart the legislation. She described the work to amend the bill as a "total failure."

Lam, meanwhile, said she took full responsibility for what has happened in the city, according to a translation of her address. 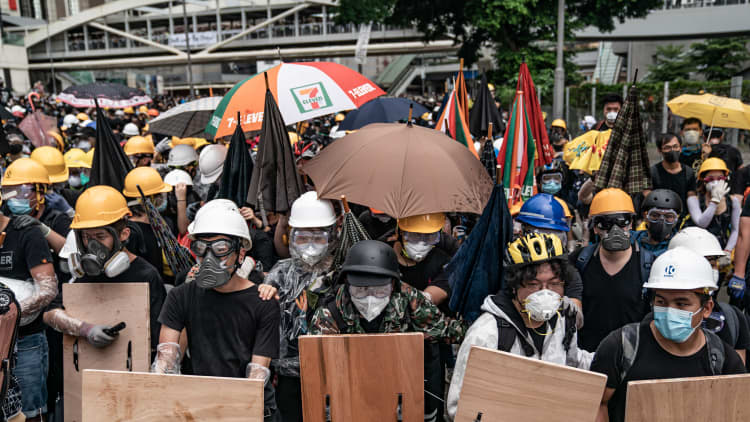 Political tensions in Hong Kong have risen in recent weeks amid protests over an extradition bill that would have allowed some arrested in the city to be sent for trial in mainland China. The bill had been suspended after a first round of demonstrations, but protesters continued taking to the street with calls for it to be withdrawn completely.

"I have almost immediately put a stop to the (bill) amendment exercise, but there are still lingering doubts about the government's sincerity, or worries whether the government will restart the process in the legislative council, so I reiterate here: There is no such plan, the bill is dead."

Notably, Lam did not say that she is officially withdrawing the bill, raising questions about to what extent the measure could be revived in the future.

"What I'm saying today is nothing really different from what I said before. But maybe the citizens need to hear a definitive saying (from me)," Lam said, according to a translation of those comments. "So saying that the extradition bill is now in the coffin is the more definitive way of saying it, which means, the bill is dead. Hence, everyone doesn't need to worry whether there will be any tactics that the discussion of the bill will resume in this Legislative Council term."

In the most dramatic yet, demonstrators ransacked the city's main legislative building last week before they were driven back by police firing tear gas.

On Sunday, a large group of protesters — organizers claimed more than 200,000, police put the number at roughly 56,000 — took to the streets in the Kowloon area of the city to make their grievances heard by the mainland Chinese visitors who frequent the area.

Hong Kong was a British colony until 1997, when it became a special administrative region of China under a "one country, two systems" framework with the territory's legal system independent from the rest of the country. Many citizens of the financial hub have expressed concern that their civil rights are slowly being eroded under Beijing, and the extradition bill was seen as a prime example of that shift.

Lam said she is "proud of the quality of the Hong Kong people" as demonstrated by the peaceful behavior of the vast majority of protesters. She, however, said "a very small minority of protesters have used the occasion to resort to violent acts and vandalism."

"We are sad to see these violent acts because they undermine the rule of law in Hong Kong," she said. "So I make a very sincere plea here, that in the future, if anyone in Hong Kong have any different views — especially those about the Hong Kong government's policies — please continue to uphold the value of expressing it in a peaceful and orderly manner."

Lam said during her Tuesday address that any calls for amnesty — that the government would not follow up on investigation and prosecution of those who broke the law during the demonstrations — are "not acceptable."

Meanwhile, an independent study will be looking into police behavior during the protests, she said, asking for some time to "improve the current situation."

—Reuters and CNBC's Weizhen Tan contributed to this report.