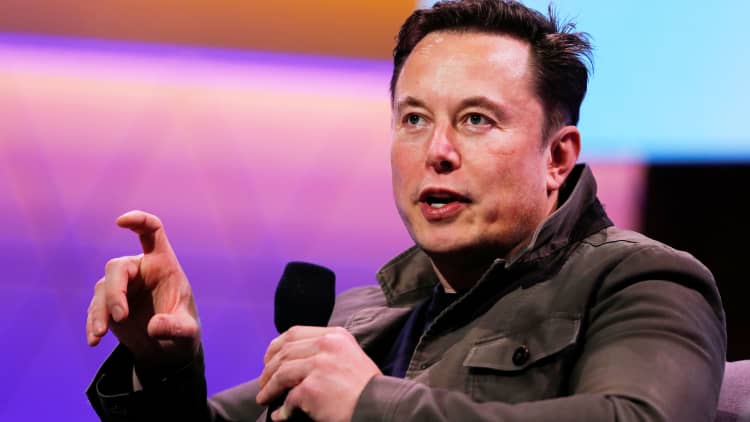 Elon Musk's ambitious brain-computer start-up Neuralink is looking to start trials on humans next year. Musk talked about the project at an event in San Francisco that was streamed live — with an eye toward recruiting more talent — late on Tuesday.

Neuralink aligns with a broader trend of technology minds seeking to merge their approaches with the world of healthcare. Facebook has previously devoted resources to exploring computer systems that people could communicate with simply by thinking.

The start-up envisions drilling holes into the brain with a custom machine to embed thin threads that connect to a tiny processor, which can then be connected to a smartphone over Bluetooth. Over time it would like to make the installation process as simple as laser-eye surgery.

The company is seeking U.S. Food and Drug Administration approval to begin clinical trials as soon as next year, Bloomberg said, and Musk said the start-up wants to have its first human patient equipped with the technology before the end of 2020.

"It will take a long time, and you'll see it coming," Musk said at Tuesday's event. He said in the future there could be an "app store" for different programs that could tap the technology.

Neuralink has operated in relative secrecy ever since Musk, the CEO of Tesla and a co-founder of PayPal, laid out the ideas for the start-up in an lengthy article on Tim Urban's blog "Wait But Why" in 2017.

"We are aiming to bring something to market that helps with certain severe brain injuries (stroke, cancer lesion, congenital) in about four years," Musk told Urban.

Musk believes the technology could eventually assist in cognitive capabilities like speech and sight, according to the New York Times. Applications include helping people control computers with their brain activity or restoring the ability to speak, Philip Sabes, senior scientist at Neuralink, said at Tuesday's event.

Musk said people could communicate with one another using the technology through a kind of telepathy.

He has a larger ambition, though. He said on Tuesday that he hopes to "help secure humanity's future as a civilization relative to AI," or artificial intelligence.

Last year, one media outlet reported that Neuralink had been looking to conduct tests on animals. The New York Times reported that it saw a demonstration of a computer receiving information from a rat in a company lab. And a new paper attributed to Neuralink and Musk describes some of the rat research.

"All animal procedures were performed in accordance with the National Research Council's Guide for the Care and Use of Laboratory Animals and were approved by the Neuralink Institutional Animal Care and Use Committee," the paper states.

At Tuesday's event Musk also talked about work with monkeys.

"A monkey has been able to control the computer with his brain," he said.

Last year he talked up the project during an appearance on the "Joe Rogan Experience" podcast. "I think we'll have something interesting to announce in a few months ... that's better than anyone thinks is possible," he said.

Musk, a co-founder of Neuralink, has invested $100 million in the company, the New York Times said.

WATCH: Mind-reading technology will allow us to control devices with our thoughts 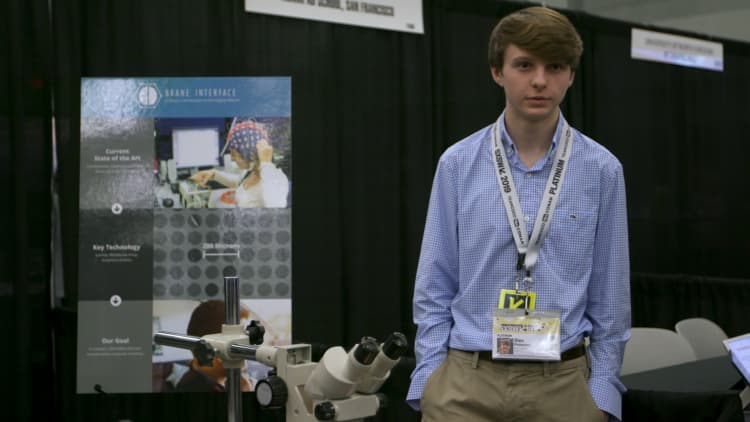