Chinese search giant Baidu is facing stiff competition from newer rivals, and has seen over $60 billion of its value wiped off since its peak last year.

It's part of China's internet trio — Baidu, Alibaba and Tencent — which have collectively been named "BAT." But it's facing an increasingly tough advertising market, and has been falling behind the other two rivals. 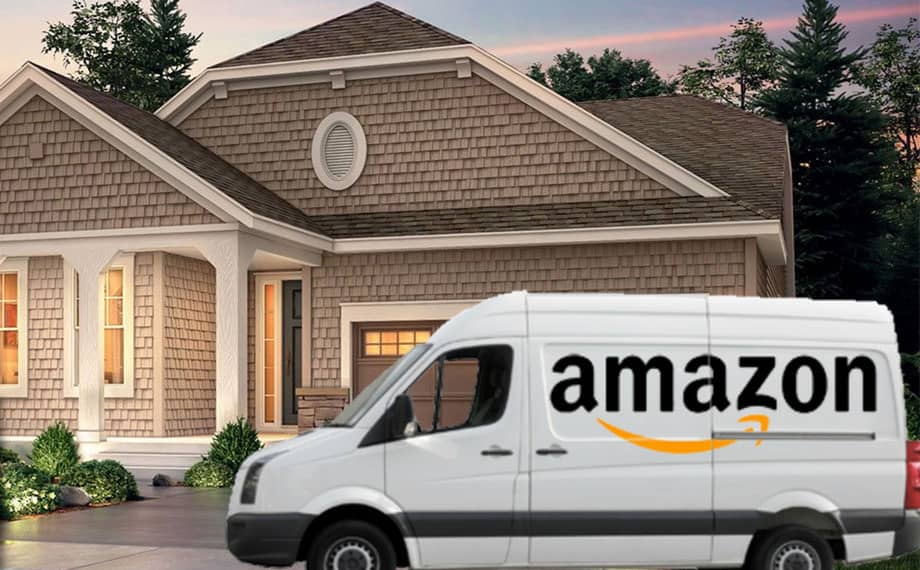 Citi says Amazon and Alphabet are 'top picks' following fall events — and we do, too
Paulina Likos
20 hours ago

Often dubbed "China's Google," Baidu has seen its shares slide nearly 40% this year. In contrast, gaming titan Tencent is up just over 6%, while e-commerce giant Alibaba is more than 27% higher.

At its peak in mid-May 2018, Baidu was worth around $99 billion — with its shares priced at $284. Stocks of the search giant have fallen to $96.7 a share with its market cap plunging to $33.8 billion. Comparatively, Tencent and Alibaba are both worth over $400 billion.

Ahead of its second-quarter earnings report on Monday, analysts are expecting further pain for Baidu.

Wall Street is predicting the following results for the June quarter:

For a long time, Baidu has enjoyed dominance of China's search market given the absence of major competition. Google exited the market in 2010.

But Baidu was slow to respond to the growth of mobile and has faced growing competition from new entrants, such as TikTok parent ByteDance. As a result, advertisers have switched their budgets to other platforms.

"This is a structural change that is unfavorable to Baidu's core search business," Xueru Zhang, senior analyst at 86Research, told CNBC. 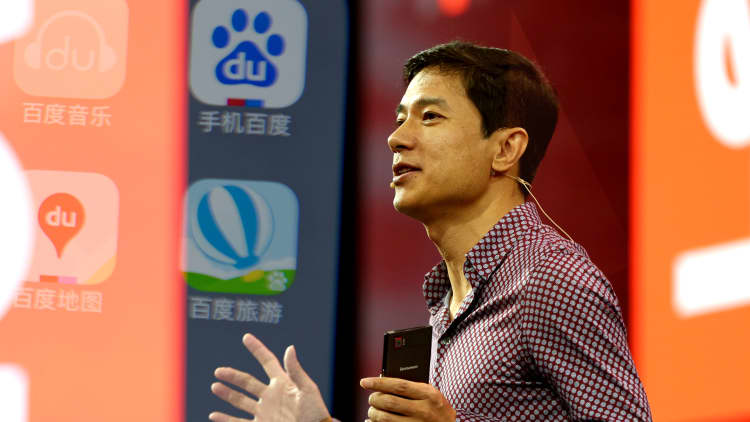 In China, there is a trend of so-called "super apps." These are products like Tencent's WeChat or Ant Financial's Alipay where a user can do a number of different things ranging from payments to ordering food all within one app.

Baidu has been investing heavily in its own mobile offering. It has an app where users can search and watch videos as well as a number of other functions. The company announced last week that the number of daily active users on the app had surpassed 200 million.

It has introduced features such as mini programs which is an app within the app — something that WeChat has on its platform already. The aim is to increase the amount of time users spend within the app. But Zhang said Baidu is late to the party.

"Baidu is just a follower, and the market did not give much credit to these initiatives," Zhang told CNBC.

Baidu has been shifting its business to focus on artificial intelligence (AI) products. This includes its driverless car technology unit and voice assistant for example.

While 2019 looks to be a year of pain for Baidu, the market sees a recovery in 2020 as some of these initiatives begin to make money.

"Its new initiatives in AI-related area are actually growing very fast," Zhang said. "Although meaningful financial contribution from new AI initiatives are unlikely to kick in any time soon, the company has proven its capability to commercialize AI technology in a broad range of applications at a pace and scales that is hard to compete (with)."

Zhang said her firm believes "Baidu is one key player riding on China's upcoming AI era," and added: "These new AI businesses will be the long-term value driver for Baidu."