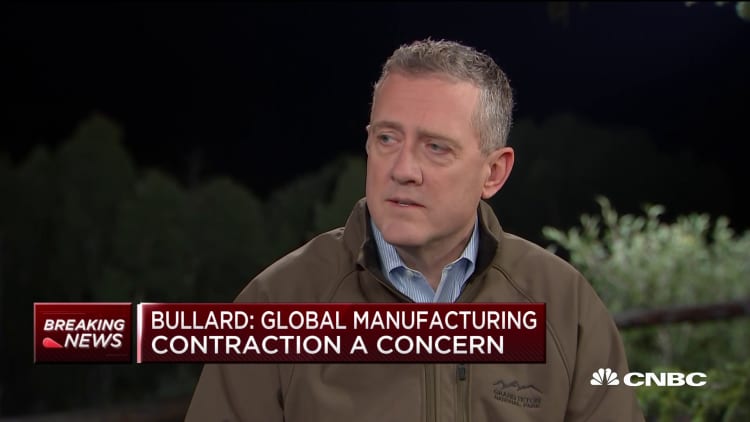 "You take out the insurance, if nothing happens you take it back," Bullard told CNBC's Steve Liesman on Friday from the Fed's economic policy symposium in Jackson Hole, Wyoming.

"It's always the case with insurance that you can say: 'Well, you made these cuts and it turned out the economy continued to grow.' That's OK, you can just come back and take the cuts back," he said.

Insurance cuts were used in 1995 and 1998 by the Alan Greenspan-led Fed to combat an economic slowdown and successfully prolong the expansion that wound up being the second longest in U.S. history. The central bank slashed interest rates three times, a total of 75 basis points, during both periods against risks stemming from Mexican and Russian defaults and the collapse of hedge fund Long-Term Capital Management.

"I think that's a good model or baseline case for what could happen here," said Bullard.

A global manufacturing contraction and a U.S.-China trade war are weighing on global growth, said Bullard.

Bullard, who is a voting member of the Federal Open Market Committee this year, also said the Fed should cut rates because inverted yield curve is "not a good place to be."

The bond market's main yield curve inverted briefly for the third time in less than two weeks on Thursday. 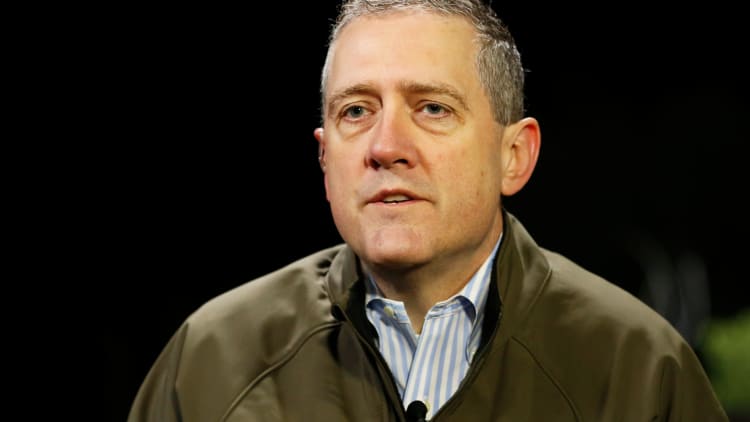