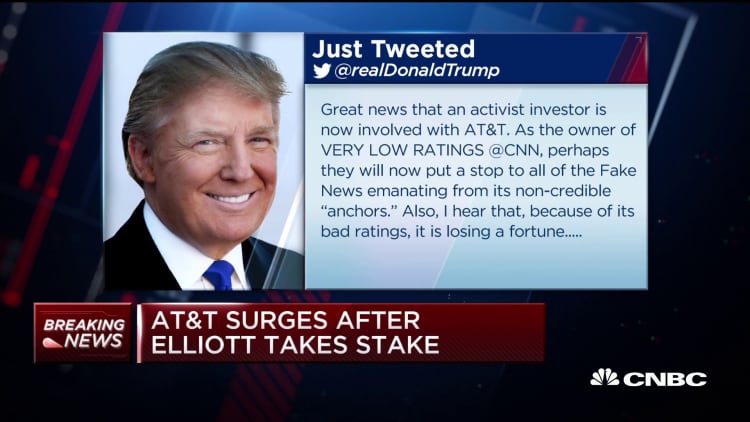 watch now
VIDEO1:5901:59
Cramer: AT&T is the 'most Republican' of any publicly traded company
Squawk on the Street

President Donald Trump on Monday tweeted that he was glad to hear of Elliott Management's stake in AT&T, saying that the activist investor could help the CNN-parent curb what he categorized as "Fake News."

"Great news that an activist investor is now involved with AT&T. As the owner of VERY LOW RATINGS @CNN, perhaps they will now put a stop to all of the Fake News emanating from its non-credible 'anchors,'" Trump wrote. "Also, I hear that, because of its bad ratings, it is losing a fortune ... But most importantly, @CNN is bad for the USA." 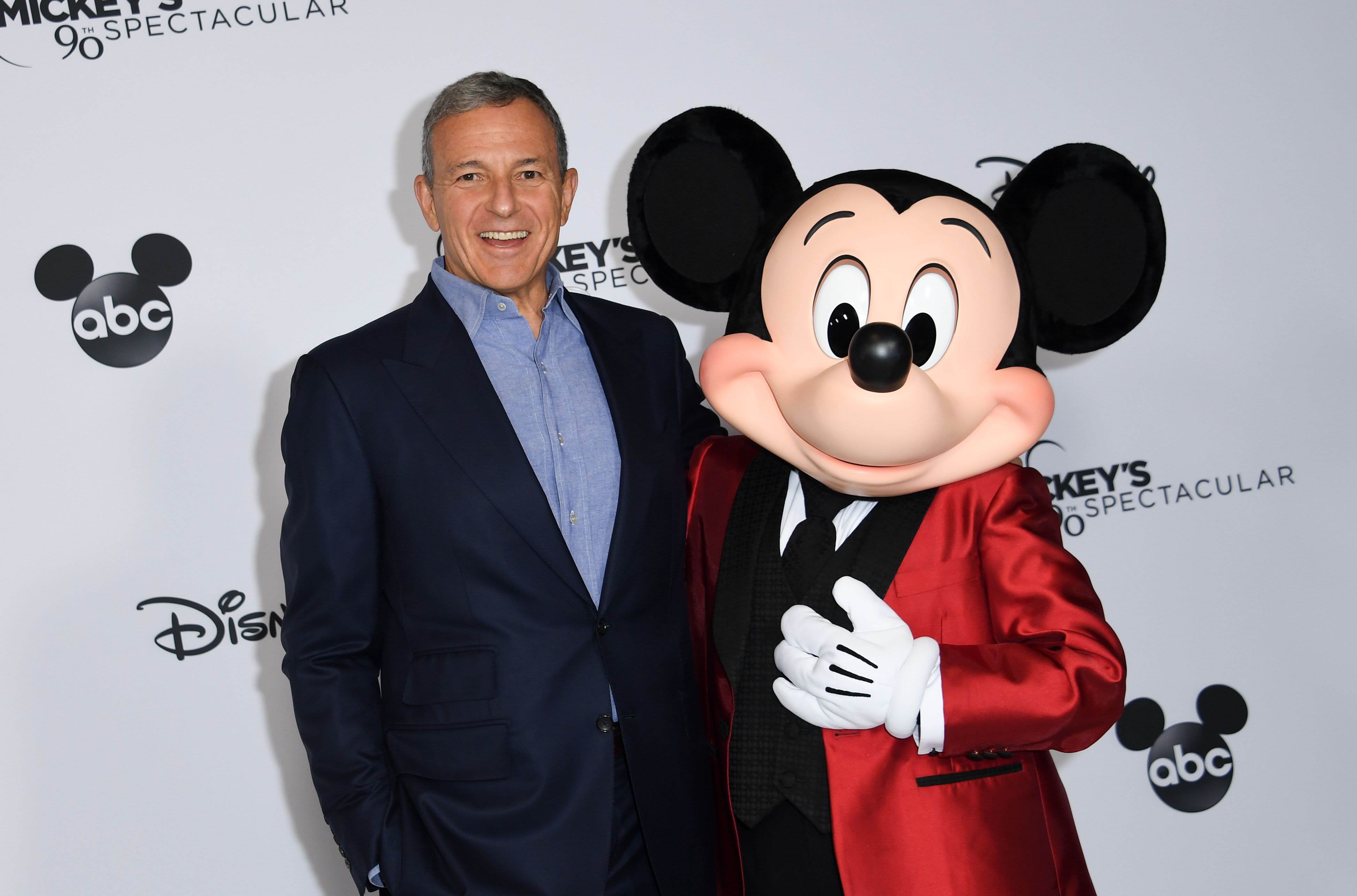 AT&T did not immediately respond to CNBC's request for comment regarding the president's tweets.

AT&T shares soared earlier Monday after Elliott Management, a renowned Wall Street activist investor, announced it owns $3.2 billion of the underperforming telecom giant's stock. The hedge fund said it sent a letter to the company's board and argued for ways AT&T can "improve its business and realize a historic increase in value."

Though Elliott did not criticize CNN or its content, the hedge fund expressed doubts as to why AT&T's purchase of Time Warner made strategic sense, saying "AT&T has yet to articulate a clear strategic rationale for why AT&T needs to own Time Warner."

Activists like Elliott invest in what they believe are underperforming companies and then advocate for change. Such proposals often range from mixing up operational strategy to firing and replacing CEOs and board members.

In response to the hedge fund's letter, AT&T said its management team and board of directors "maintain a regular and open dialogue with shareholders and will review Elliott Management's perspectives in the context of the company's business strategy."

For his part, Trump has long had a strained relationship with the press, and with CNN in particular. The president earlier this year called for a boycott of AT&T to force "big changes" at its CNN subsidiary, which Trump often accuses of biased and negative coverage.

"I believe that if people stoped using or subscribing to @ATT, they would be forced to make big changes at @CNN, which is dying in the ratings anyway. It is so unfair with such bad, Fake News!" the president tweeted in June, misspelling "stopped."

Trump has lambasted CNN's coverage since his presidential candidacy. On the campaign trail in 2016, he vowed to block AT&T's acquisition of Time Warner. The Justice Department in February ended its attempts to stop AT&T's purchase Time Warner after a federal appeals court rejected the government's arguments to block the $80 billion deal.