Electric vehicle owners in some states are paying higher annual fees for driving zero-emissions cars than their gas-guzzling friends, according to new analysis by Consumer Reports.

Of the 26 states that impose fees on electric vehicles, 11 charge more for an EV than an owner of a traditional gas-powered car ends up paying in gasoline taxes every year. Three of those 11 states charge more than twice the amount.

Trends for the fees, generally paid through annual registration renewals, don't look promising either. Another 12 states are considering their own EV fee proposals — seven of which would double over time.

"The trend over the last year has been to adopt more fees, there may be a backlash against that in the near future and I hope that there would be, but the trend right now seems to be adding fees," said Shannon Baker-Branstetter, a Consumer Reports analyst who co-wrote the study.

The fees are used to fund highway projects and transportation infrastructure, which is generally financed through gas taxes collected at the pump. As more consumers go electric, lawmakers worry they won't generate enough funding to keep roads repaired. States also argue that the batteries for the electric cars make them heavier than gas-powered vehicles, causing more wear and tear on the road. 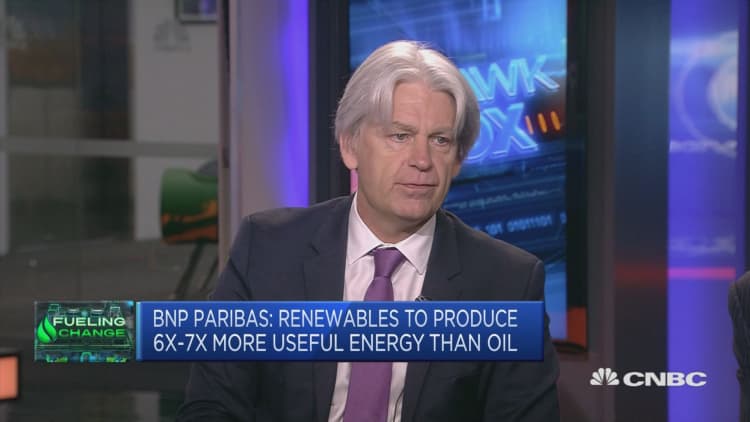 Consumer Reports compared existing and proposed EV fees with the average amount of gasoline sales tax consumers generally paid over a year in each of the states. Most state's EV fees are also paid annually.

Missouri is pushing for the most aggressive fees. Lawmakers there are considering a proposal to increase the existing EV fee to three times what an owner of a gas-powered would pay over a year. That fee would then increase to four times the fee for gas powered cars by 2025, according to the magazine's analysis.

Illinois tried to adopt a $1,000 annual fee on EV owners earlier this year. It was later reduced to $250 after the decision faced public backlash, though the fee is still $100 higher than fees for gas powered cars.

It's worth noting that neither state actually has a lot of electric cars on the road. In Missouri EV's made up just 0.73% of the market share in 2018, in Illinois that number only jumps to 1.20%.

"I think the fact that states that have almost no EVs are adopting some of the highest fees is indicative that the fees are to punish and discourage EVs rather than have them make meaningful contributions to the road maintenance fund," said Baker-Branstetter.

The move in some states to impose higher EV fees has been led by the American Legislative Exchange Council, a think tank advocating policies of limited government, free markets and federalism. The group recently drafted a resolution to support "equal tax treatment for all vehicles." 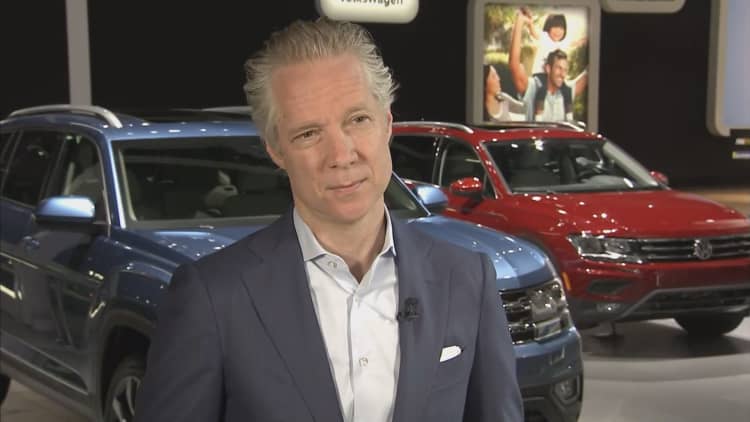 The group is calling for eliminating EV tax credits and increasing driver fees so that "all vehicles using public roads share in the cost."

One state is bucking the trend though. Vermont lawmakers recently backed off of a plan to increase EV fees after the state's Agency of Transportation concluded that fees shouldn't be increased "in the immediate future and not until the market for EVs moves beyond the 'early adopter' phase." The agency also said that moving people from gas powered cars to EVs is "essential to meeting the state's short and long-term climate and energy goals."

Electric vehicles accounted for just 1.8% of the market share in the U.S. in March of 2019. Baker-Branstetter says it's a market that should be made more accessible rather than less.

"EV's are still an emerging market and there are a lot of consumer and environmental benefits so we think that in order to help foster adoption and increase innovation in the marketplace, we think that it still makes a lot of sense to encourage adoption through incentives and rebates to make them more accessible to more consumers," said Shannon Baker-Branstetter.