The central bank policy of negative interest rates received a resounding rejection at the IMF and World Bank annual meetings this week, with experts lining up to warn of the damage it could inflict on the global economy.

"Negative rates, and going more negative here, is a bit like steroids. They are great in a short, sharp usage but long-term usage of steroids starts to dissolve your bones and makes the patient weaker," was the analogy employed by Huw van Steenis, UBS senior advisor and former senior advisor to the Bank of England.

A negative deposit rate essentially charges banks to park cash at a central bank, which can dent profits at lenders. It has fueled concerns that it's also stifling investment and potentially causing fund managers to overstretch in the search for yield.

Japan has used the policy tool for decades and the European Central Bank (ECB) notably deployed the same tactic after the sovereign debt crisis of 2011. It recently reduced its main deposit rate by another 10 basis points to -0.5%, a new record low, alongside the launch of a substantial package of quantitative easing (QE).

Van Steenis told CNBC's Geoff Cutmore in Washington, D.C., Friday that he was worried that negative rates were starting to do more harm than good. 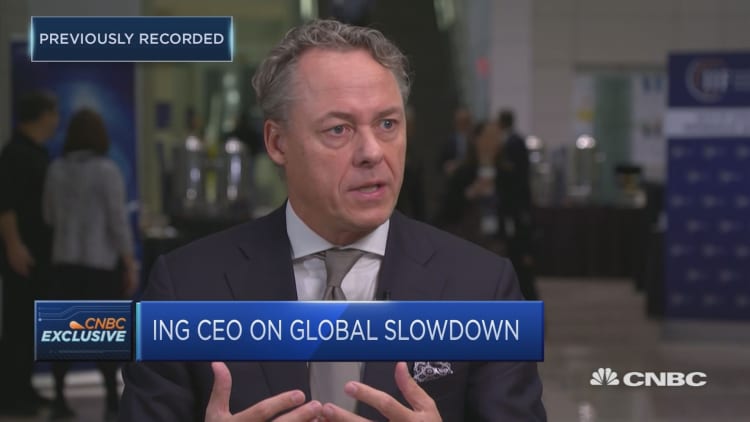 "I think in particular we look at Japan and (they've had) negative rates now for over two decades, (they) have not necessarily boosted the economy. In fact, one key thing is the banking system has become much weaker," he said.

Two members of the ECB, Ignazio Visco and Robert Holzmann, have expressed concerns at their own organization's current negative rate policy, fearing the "unintended consequences" it could have on the region's financial system. Ralph Hamers, the CEO of Dutch bank ING, meanwhile told CNBC Friday that the current environment for rates was "harmful" and creates a "lot of pressure on your net interest income."

"I do think we have to move out of this negative rate territory, it's not good for anyone," he told CNBC's Geoff Cutmore. "Savers are getting more and more uncertain about their financial futures, so they save more with negative rates — this is reverse psychology," he added.

In a bid to alleviate some of the pressure from negative rates on bank balance sheets, the ECB recently introduced a two-tier rate system which exempts a portion of a bank's deposits from the levy.

Van Steenis, however, downplayed the positive impacts of this move, saying that research suggested it was "a bit of a wash" that protected against incremental rate cuts but not the broader move into record low territory. Data from Pictet Wealth management also shows that the exemption would only result in an annual saving of 3.1 billion euros ($3.4 billion) for the entire euro zone banking system. 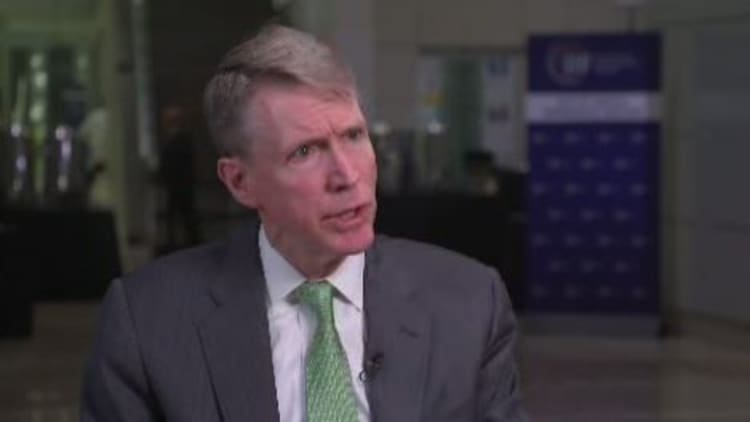