Netflix may have been nominated for 24 Academy Awards on Monday, but it's getting snubbed by AMC and Regal.

The streaming service's two best picture nominees — "The Irishman" and "Marriage Story" — will not be included in either of the theater chains' best picture showcases.

In the wake of the annual Oscar nominations, best picture films tend to resurface at theaters across the U.S. for casual moviegoers to catch before the big awards ceremony. Many of these films previously had limited releases or hit theaters around the same time as big budget blockbusters.

It's not surprising that AMC and Regal have decided against screening Netflix's films considering the contention that has persisted between the streaming service and mainstream theater chains in the last few years.

When Netflix's "Roma" became the first Netflix film to be nominated for best picture, both AMC Theatres and Regal Cinemas declined to show the film in theaters.

Both movie theater chains have the same rule: they won't show any nominated films that didn't have a standard theatrical release or weren't licensed to be shown in their theaters during their initial release.

Netflix has clashed with theater owners for years. The streaming service's top priority is boosting its subscriber numbers, and running a film in a theater for several months could hurt its chances of wooing new sign-ups.

At the same time, it wants to be able to tout its award-winning line-up. Netflix has figured out a way to satisfy the Academy's requirements without a typical 90-day release. In order to be consider for an Oscar, a film must run in theaters for at least one week, among a few other small stipulations.

Theater owners have responded by not including Netflix's films in best picture festivals and movie marathons.

It's possible that other theaters could work out deals with Netflix to showcase "The Irishman" and "Marriage Story" ahead of the Feb. 9 Oscar ceremony, but it's unlikely.

Netflix's strategy hinges upon housing exclusive content on its platform that people have to sign up for the service in order to view. Allowing theaters to screen these Oscar contenders means that it could lose out on potential subscribers who only signed up to view those titles.

It's the reason Netflix doesn't do massive wide theatrical releases in the first place. 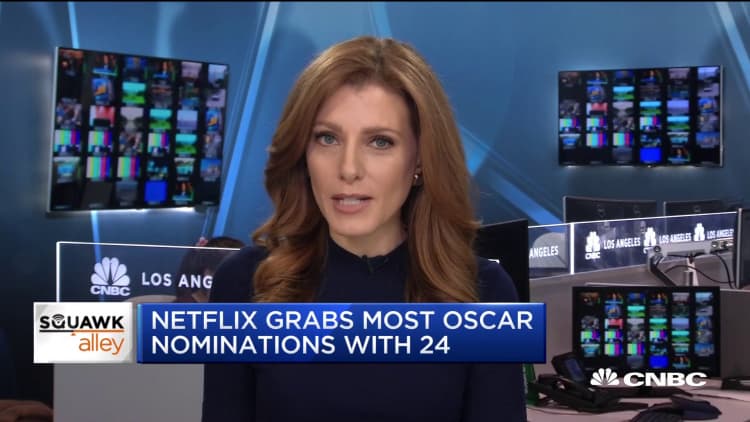