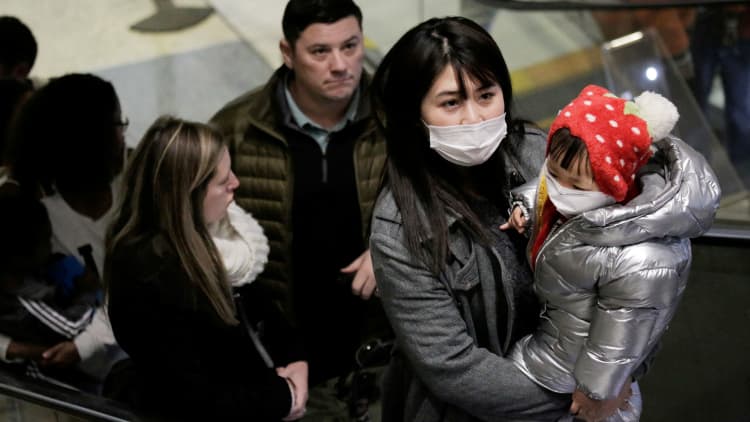 U.S. health officials confirmed on Thursday the nation's first person-to-person transmission of the coronavirus that has already killed at least 171 people in China and infected more than 8,200 since emerging less than a month ago.

The new patient is the husband of the Chicago woman who brought the infection back from Wuhan, China, the epicenter of the outbreak, CDC and Illinois health officials said during a press briefing. Health officials said the man, in his 60s, has "some underlying medical conditions" but was in good condition. His wife was doing well but remained in isolation at a local hospital, they said.

[To see the latest updates on the coronavirus, visit CNBC's live blog here.]

"This is a very serious public health situation," said Dr. Nancy Messonnier, director of the National Center for Immunization and Respiratory Diseases. "Moving forward, we can expect to see more cases, and more cases means more potential for person-to-person spread."

The virus, which emerged Dec. 31, has already spread to more people than the 2003 SARS epidemic, which sickened roughly 8,100 people across the globe over nine months. The transmission makes the U.S. at least the fifth country where the infection is now spreading through human-to-human contact, including China. Officials of the Centers for Disease Control and Prevention said there are at least nine cases of human-to-human transmission outside of China, as of Thursday.

U.S. officials are working to contain the outbreak from spreading in the country, including by increasing travel warnings and expanding screening at 20 U.S. airports. Trump administration officials have said they are constantly evaluating the situation and could take more drastic action if needed.

Health officials said Thursday that they still don't know whether the virus is infectious before symptoms. Officials are working with hospitals to make sure health-care providers are "protected," Messonnier said.

"Despite the case that we are reporting the first instance of person-to-person transmission in the United States, it is important to note that these two individuals were in close contact," she added.

Passengers wear protective masks to protect against the spread of the Coronavirus as they arrive at the Los Angeles International Airport, California, on January 22, 2020.
Mark Ralston | AFP | Getty Images

The World Health Organization on Thursday declared the fast-spreading virus a global health emergency — a rare designation that helps the international agency mobilize financial and political support to contain the outbreak.

The coronavirus has spread to a handful of people through human-to-human contact outside of China, Dr. Mike Ryan, executive director of the WHO's health emergencies program, said at a news conference at the organization's Geneva headquarters Wednesday.

"These developments in terms of the evolution of the outbreak and further development of transmission, these are of grave concern and has spurred countries into action," Ryan said. "What we know at this stage, this is still obviously a very active outbreak and information is being updated and changing by the hour."

WHO Director-General Tedros Adhanom Ghebreyesus said the "continued increase in cases and the evidence of human-to-human transmission outside of China are, of course, most deeply disturbing." The illness produces a range of symptoms, with about 20% of the patients developing severe illnesses, including pneumonia and respiratory failure, he said.

"Although the numbers outside China are still relatively small, they hold the potential for a much larger outbreak," Tedros said.

The number of confirmed cases is likely to grow, health officials said. There are more than 12,100 suspected cases in China that are either awaiting test results or haven't been tested yet, on top of the 8,137 that have already been confirmed in the country, according to WHO and China state media data released Thursday. Although the coronavirus doesn't appear to be as deadly as SARS, which had a mortality rate of about 11%, it is spreading significantly faster. The WHO data shows there are roughly 1,400 people in China who are severely ill.

In Europe, Costa Cruises is holding 6,000 passengers aboard the Costa Smeralda near Italy after a Chinese woman came down with a fever, raising concern that she may have the virus, Italian news agency Agenzia Nazionale Stampa Associata reported. The cruise line Costa Cruises said in a statement that it is holding the 54-year-old woman from Macao in isolation along with her travel companion. "The Health Authority has been immediately notified and is now on board to conduct all the pertinent measures," the company said. "It is our utmost priority to ensure the health and safety of passengers and crew."

CDC officials said Wednesday that a flight carrying U.S. citizens who evacuated from Wuhan arrived safely in California. Officials said all passengers were asked to remain at the March Air Reserve Base for further CDC screening and testing.

As of Wednesday, the CDC was monitoring 165 people across 36 states for the virus, including five patients who contracted the deadly infection in China and brought it back to the U.S. and one of the spouses. At least 68 people have tested negative for the virus, and the CDC is awaiting results for 92 individuals. World health officials say the respiratory disease spreads through human-to-human contact, droplets carried through sneezing and coughing and germs left on inanimate objects. 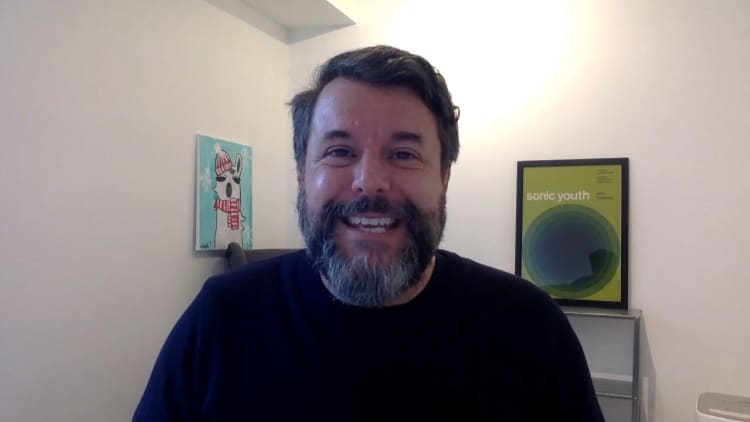