Relations between the U.S. and China — the world's top two economies — look set to worsen, and the endgame is a "lose-lose" situation for both sides, said a political science professor from Harvard University.

"The endgame will probably be lose-lose," he told CNBC's "Squawk Box Asia" on Tuesday.

The rivalry between the two economic giants could result in the collapse of the so-called phase one trade deal and a continuation of the blame game over the origins of the coronavirus, the professor explained. 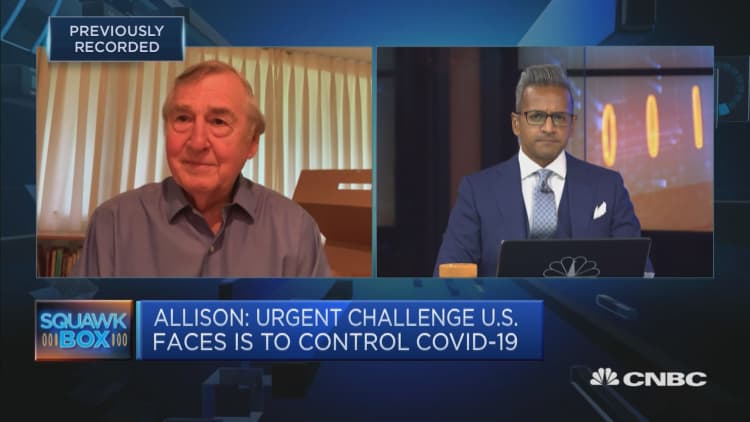 In addition to Allison, other experts have warned, before the coronavirus outbreak, that Beijing would face difficulties fulfilling its commitment in the phase one trade deal — which requires China to buy an additional $200 billion in U.S. goods and services by 2021 on top of 2017 levels. The pandemic has made that even more difficult, experts said.

Some have also warned that rising U.S.-China tensions could lead to a Cold War. But Cheng Li, a researcher from Brookings Institution, said neither country is ready for that even though relations have deteriorated much faster than expected.

"I don't think policymakers (on) both sides are really ready for such a war," Li, director of the John L. Thornton China Center and a senior fellow in the foreign policy program at Brookings, told CNBC's "Street Signs Asia" on Tuesday.

"I think the war will be devastating, there will be no winner," he added. "I think this war should and can and must be prevented."