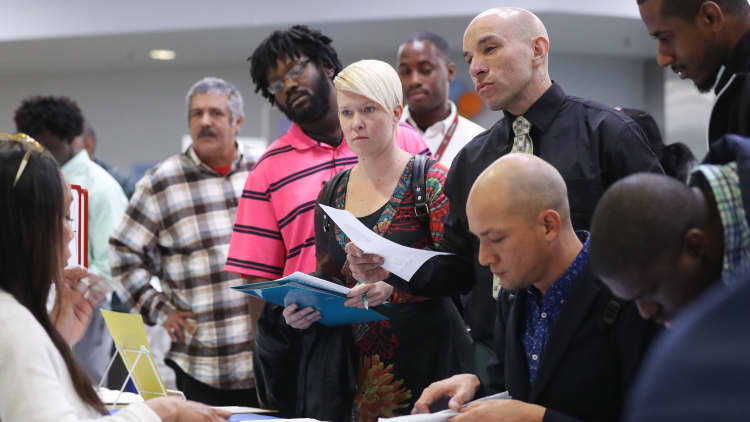 Filings for unemployment insurance claims totaled 1.877 million last week in a sign that the worst is over for the coronavirus-related jobs crisis but that the level of unemployment remains stubbornly high.

This was the first time the government's weekly jobless claims report came under 2 million since the week ended March 14.

"Even as states reopen, claims in the millions are an indicator that the economic pain of the COVID-19 crisis is still acute," said Daniel Zhao, senior economist at job placement site Glassdoor.

Continuing claims, which provide a clearer picture of how many Americans remain unemployed, totaled 21.5 million, a gain of 649,000 over the past week, also worse than Wall Street expected.

The insured unemployment rate, which is a simple measure of those collecting benefits compared with the total labor force, rose 0.5 percentage points to 14.8%.

The numbers came the day before the Labor Department releases its nonfarm payrolls report for May. Economists surveyed by Dow Jones are expecting a decline of 8.3 million and a 20.5% unemployment rate, more than double the highest previous level since the Great Depression.

As states begin to reopen after being almost completely shut down for the better part of three months, so have signs grown for an economic crisis likely to drive the unemployment rate to about 20% for May. More than 42.6 million Americans have filed jobless claims since the shutdown began in mid-March.

A day before the jobless claims report, ADP's private payrolls report on Wednesday showed a decrease of 2.76 million positions in May. While that remains far higher than anything the U.S. economy saw in the pre-coronavirus era, it was well off Wall Street expectations of an 8.75 million decline.

That led Moody's Analytics economist Mark Zandi to declare that "the Covid-19 recession is over." Moody's assists ADP in putting together the monthly private payrolls report. "That would make it the shortest recession in history," Zandi said. "It will very likely be among the most severe."

Some economists have been focusing more on the jobless claims number not adjusted for seasonal factors, which are less in play with the unusual nature of the coronavirus-related layoffs. 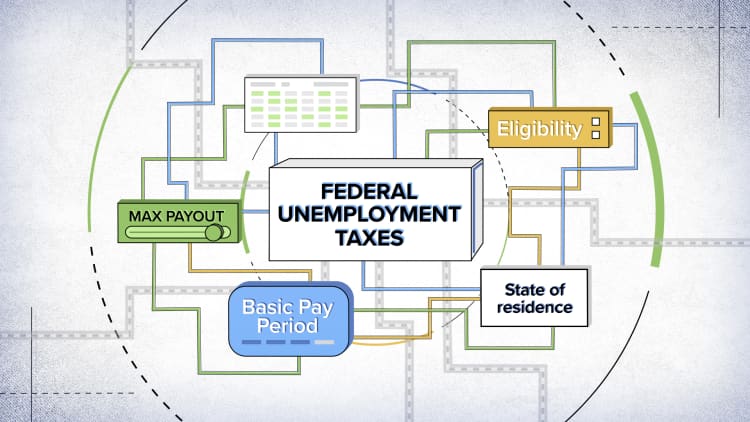