Hong Kong's status as one of the world's most prominent financial hubs appears to be under threat.

Beijing has unanimously passed a new national security law for the territory, which some experts warn has the potential to erode the very structures that grant the region major privileges on the international stage. 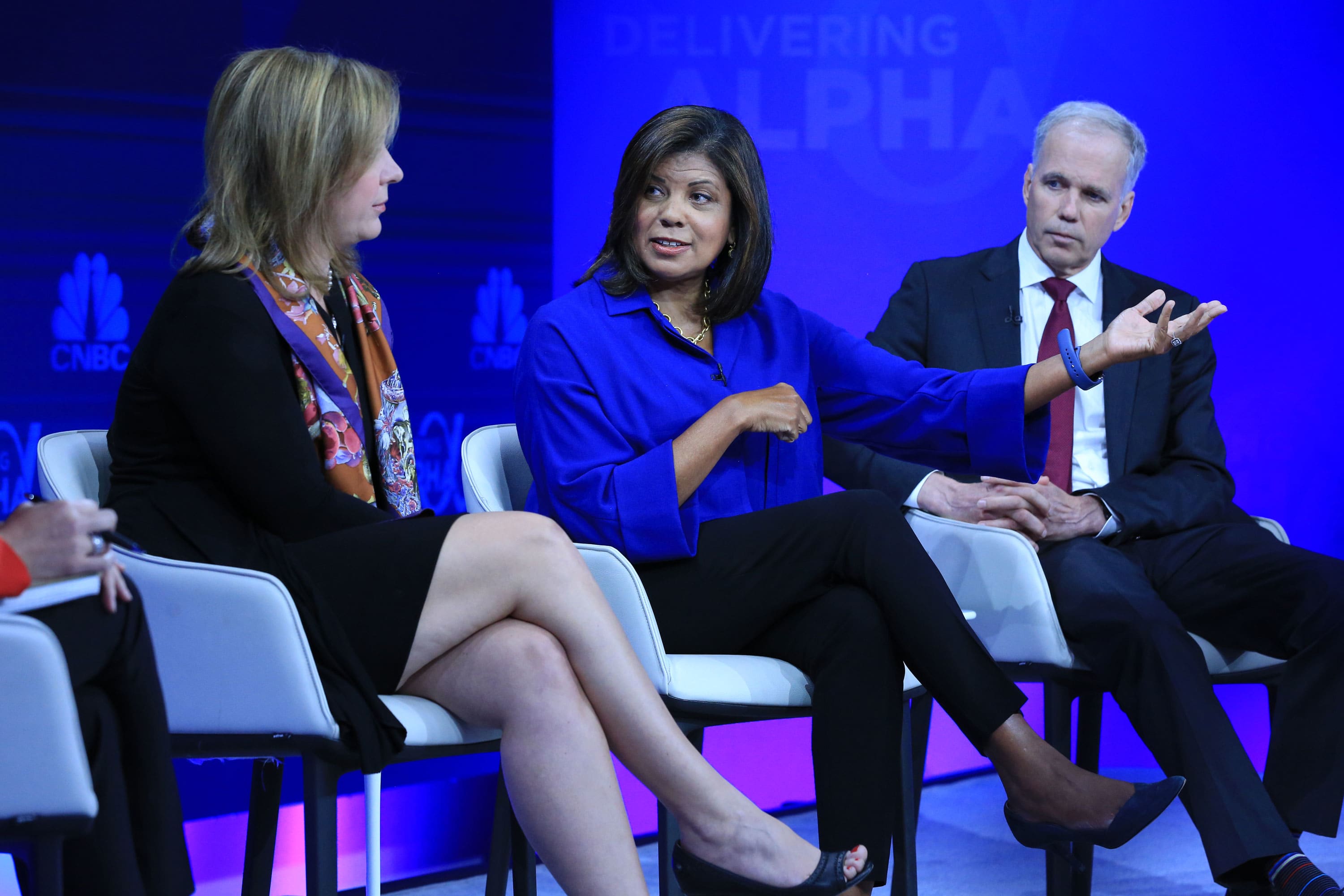 The legislation bans sedition, secession and treason against China, crimes that can mean life in prison.

"China constantly uses national security as a reason for saying, 'I don't have to abide by any rules. I can arrest you without any need for explanation,'" said Robert Koepp, founder and principal at  Geoeconomix.

China's premier says the law is designed to protect the long-term prosperity of the city, which has been gripped by protests since 2019, but critics worry that China's move to tighten its hold jeopardizes the freedoms that China guaranteed to Hong Kong for 50 years when the U.K. handed it over in 1997.

"We didn't expect this full-scale frontal attack," said Hong Kong legislator Claudia Mo. "Beijing obviously thinks this is going to be a knockout blow for the Hong Kong democracy movement. ... This is the end of Hong Kong as we know it."

With the West largely distracted by the global coronavirus pandemic — and superpowers like the U.S. already retrenching under increasingly isolationist policies — experts say the timing of the national security law actually makes a lot of sense for China.

Also at play? A need to shore up support at home. China's handling of the outbreak in Wuhan drew the wrath not just of the international community but also of some mainland Chinese citizens.

In addition, China's economy is in bad shape. It took a big hit from Covid-19, but even before that, growth was slowing. 2020 marked the first time in decades the Communist Party opted not to set a growth target for the economy.

Some analysts say Beijing needed a quick fix to repair its image at home. Getting Hong Kong to fall in line is a hugely popular mission among the general population — one that could help distract from other problems.

Perhaps the biggest factor at play is that China just doesn't need Hong Kong nearly as much as it used to.

China's megacities like Shenzhen, Beijing, Shanghai, Chongqing and Guangzhou have seen explosive growth since the '90s. Instead of having one hub city attracting foreign investment and workers, China now has several, and without the red tape that comes with Hong Kong's special status.

That means the Chinese government has fewer and fewer incentives to keep Hong Kong happy and economically independent.

China has been relying less and less on Hong Kong for years now. Shanghai has become a major business hub, attracting multinationals from around the globe. And Shenzhen, a metropolis to the north of Hong Kong, has grown into a massively productive, manufacturing powerhouse that helped turn China into the world's biggest exporter.

But Hong Kong's status as one of Asia's most prominent financial hubs will be hard to shake. The city's seamless interface with the West, not to mention its massive port, make it a very easy place to do business with global investors.

For much of its history, Hong Kong has functioned as a key East-West conduit for global finance and trade, thanks in large part to its independent judiciary and regulators that guarantee an ironclad rule of law.

So, even though Hong Kong doesn't contribute nearly as much to China's annual GDP as it once did, it remains China's lifeline to cash from the West.

Most of the foreign direct investment flowing into and out of China goes through Hong Kong.

Chinese companies also prefer Hong Kong when it comes to raising and borrowing money. Take a look at this chart comparing the amount of cash raised by mainland businesses going public across the major stock exchanges. The Hong Kong exchange dominates.

The city is just as popular when it comes to helping mainland businesses borrow cash through bonds or loans.

Hong Kong is also home to private banking, fintech and derivatives trading. But perhaps the biggest difference between Beijing and Hong Kong is access to the global currency market.

China has used Hong Kong's financial institutions to help prop up its national currency. In June, Chief Executive Carrie Lam unveiled a new proposal to transform the city into a more prominent offshore center for the Chinese yuan, one part of a larger initiative to further integrate the city with the financial markets of mainland China.

Some experts say the city's greatest advantage is its position as a major offshore funding center for U.S. dollars.

The Hong Kong dollar has been pegged to the greenback since 1983, which has been key to ensuring financial stability. Investors typically feel safe leaving their cash in Hong Kong and dealing in Hong Kong's local currency, because it's easily convertible to U.S. dollars

This is a big part of what propelled Hong Kong to become the premiere financial hub that it is today. And it is, according to analysts, one of its most important contributions to China.

"What's changed for Hong Kong over the years is that it is a much smaller part of China's GDP today than it was 20 years ago," said Ravi Agrawal, managing editor of Foreign Policy. "But even so, it is still a vital component, in that it provides dollar financing for much of China's big companies that use Hong Kong for that very fact. So any pressure from the United States could hurt."

Some China watchers say that American threats to upend Hong Kong's special privileges might include limiting the city's access to U.S. dollars — a move that could set off a domino effect, beginning with capital flight and culminating in a currency collapse and huge losses to investors.

But this outcome is part of the "nuclear scenario" — one that analysts think is highly unlikely.

A financial hub in jeopardy

Hong Kong's economic stability was in question even before the announcement of the new national security law.

Hong Kong had already dropped from third to sixth place from September 2019 to March 2020 in a twice-yearly ranking of the world's global financial centers, overtaken by Tokyo, Shanghai and Singapore — and with Beijing trailing just behind at number seven.

2019's pro-democracy protests effectively shut down commerce. No one was going out, shops and restaurants closed early, and tourism took a massive hit. That, paired with an atmosphere of eroding freedom, sent the territory's economy into a recession in 2019.

The new legislation, which bars subversion of state power, terrorism activities and foreign interference, has only served to further foment unrest across the territory.

More than 1,300 American businesses operate in Hong Kong, and more than 80% of the U.S. companies in the territory surveyed by the American Chamber of Commerce said they're concerned about China's move to enact the new national security law, citing fears over the potential impact on "basic civil liberties."

Also at stake are major privileges long afforded to Hong Kong under the 1992 U.S.-Hong Kong Policy Act. Trade between the United States and Hong Kong was about $66 billion in 2019.

The National Australia Bank said in a note on May 28 that the U.S. has opened "the door for possible tariffs on imports from Hong Kong, visa restrictions or asset freezes for top officials."

However, the U.S. has the greatest potential to inflict pain if it decides to restrict imports of sensitive technology to Hong Kong-based firms.

"Hong Kong will become just like another Chinese city," said Koepp. "For those companies that have interests where data is very important, say finance, say anything related to medicine or business information, business intelligence. Well, a lot of those operations might end up going to a place like Singapore, which is seen as untainted by the threat of Chinese national security laws."