Skip Navigation
Unlocked73-year-old pays $370/month to live in a 1,066-square-foot airplane
Celia Fernandez|Beatriz Bajuelos Castillo
Millennial Money26-year-old coffee CEO lives on $25,000 a year outside of NYC
Jennifer Liu|Mickey Todiwala
Side Hustles31-year-old makes $15,000/mo recording voiceovers, works '3 to 5 hours per day'
Megan Sauer
The Google logo outside if its New York City offices, which were closed on May 19, 2020 due to the coronavirus pandemic.
Ben Gabbe/Getty Images

The certificates are created and taught by Google employees, do not require a college degree, can be completed in three to six months and are offered through the online learning platform Coursera. Google says it will consider all of its certificates as the equivalent of a four-year college degree for related roles at the company.

"This is not revenue-generating for Google," says Google vice president, Lisa Gevelber, who leads Grow with Google and Google for Startups and serves as the company's Americas chief marketing officer. "There's a small cost from the Coursera platform itself — the current pricing is $49 a month — but we want to ensure that anyone who wants to have this opportunity, can have it."

The tech giant has committed to funding 100,000 need-based scholarships for individuals enrolled in any of these career certificate programs and will be awarding over $10 million in grants to YWCA, NPower and JFF — three nonprofits that partner with Google to provide workforce development to women, veterans and underrepresented Americans.

Gevelber says Google chose the specific fields of data analytics, project management and user experience because they can lead to "high-growth, high-paying careers."

Google's announcement comes as the United States grapples with historically high unemployment levels. According to most recent data from the U.S. Labor Department, 33 million people were collecting unemployment benefits as of June 20 — five times the previous high of 6.6 million hit during the Great Recession.

And while some of these jobs may return over time, the coronavirus pandemic has heightened fears that some jobs may not return for a variety of reasons, including cost-cutting measures, closing of businesses and also automation.

Coronavirus "has caused an acceleration of some labor trends like automation," Karen Fichuk, CEO of Randstad North America told CNBC Make It in April, adding that out-of-work Americans may need to develop new skills in order to find new jobs. "What we're seeing is this significant need for massive up-skilling and retraining, especially for workers who have been laid off."

Some believe that low-cost certificate programs may be a possible solution, as well as a tool to combat historic inequality in fields such as tech and improve prob prospects for those who do not have a college degree.

"While college degrees have tons of value, they are not accessible to everyone," says Gevelber. "And we believe that the absence of a college degree should not be a barrier to economic stability."

In 2018, Google launched a similar certificate program for those interested in IT.

"When we first built the IT certificate, we built it for our own use," says Gevelber. "We wanted to diversify our own workforce and we knew to do that we needed to create an on-ramp for underrepresented and 'nontraditional applicants.' We thought a certificate would be a way to accomplish that goal, and it did."

Google says that 58% of those who take its IT certificate identify as Black, Latino, female or as a veteran and that 45% of enrollees make less than $30,000 per year. The company claims that 80% of participants say the program helped them advance their job search or career within six months, including getting a raise, finding a new job or starting a new business.

Yves Cooper took Google's IT certificate in 2018 through a workforce-development program run by the nonprofit Merit America. Cooper had dropped out of Coppin State University and was working as a van driver for adults with developmental disabilities. Today, Cooper works as an IT help desk technician for Prosperity Now, a D.C. nonprofit and is earning "much more."

He says the Merit America program offered in-person support, encouraged his class of six students to complete the certificate in 10 weeks and that he and three others graduated from the program.

Before the program, Cooper says he did not hear back from any organizations he applied to. "A couple of days after I finished the Google certification, I applied to the job I currently have now and they got back to me maybe four or five days later," he says.

Jeff Maggioncalda, CEO of Coursera, says more than 250,000 people have taken Google's IT certificate, 57% of whom do not have a college degree, making it the platform's most popular certificate. He suspects the new certificates will be similarly popular — especially in light of recent events.

"There's a course from Yale on the science of wellbeing that saw 2 million enrollments just in 2020 alone," he says. "We have a course that was launched in May from John Hopkins called 'COVID Contact Tracing.' Within four weeks, it had 400,000 enrollments."

Some are skeptical of the grand promises of online learning and certificate programs.

Todd Rose, a professor at the Harvard Graduate School of Education, argues that learning online is significantly easier for students that have strong academic backgrounds, reliable internet connections and sufficient technology.

"The students that will do well online are people who are already prepared. You have to be pretty self-directed," he says, noting that in-person support for students learning online can help close these gaps. "Poor students and first-generation students often don't do as well online."

But Maggioncalda is bullish about the opportunity that online learning may provide. He says because the coronavirus pandemic has forced students to embrace online learning, and forced companies to embrace remote working, he is more optimistic than ever that certificates like Google's will be used as tools to increase opportunity.

"The college degree requirement excludes lots of people who could do the job if only they had a different way of getting the skills. Online learning is a necessary, but not sufficient, ingredient to creating more social equity," he says. "Our 'new normal' where I can get skilled to do a job without leaving my community, and I can get the job and do the job and get paid for doing the job without leaving my community, I believe that this will create more economic opportunity than anything we've seen before." 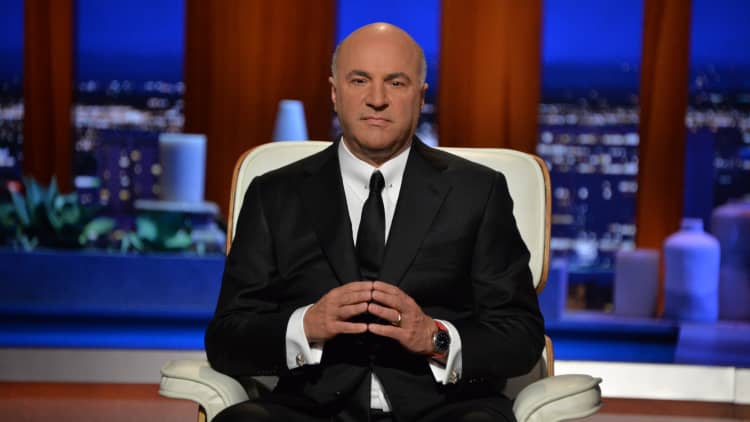 VIDEO1:0701:07
Kevin O'Leary: Now is the time to start your business
Power Players