The U.S. has reported a record-breaking number of new coronavirus cases, continuing an alarming surge and stoking concerns from health experts that the nation could be in for a difficult winter.

The country reported 83,757 new Covid-19 cases on Friday, passing the last record of roughly 77,300 cases seen on July 16 as the U.S. grappled with outbreaks in Sun Belt states, according to data compiled by Johns Hopkins University.

On Saturday, the U.S. reported another 83,718 new coronavirus cases.

"I think we're in for a very hard stretch here," Dr. Scott Gottlieb, the former U.S. Food and Drug Administration commissioner, told CNBC on Friday evening. "I think the winter is going to be very difficult."

Coronavirus cases grew by 5% or more over the past week in 37 states as of Friday, according to a CNBC analysis of Johns Hopkins data that uses a weekly average to smooth out fluctuations in daily reporting.

Some states, like California and Alabama, have been working through a backlog of tests that were added to Friday's count, pushing the nation's total higher, according to their data dashboards. However, the nation is now reporting roughly 63,200 daily new cases based on a weekly average, a more than 14% increase compared with a week ago.

While Covid-19 testing is up nearly 13% from Oct. 1, new cases have risen at a much faster rate. The seven-day average of new infections is up 51% over that same period, according to Johns Hopkins data.

"I think we're going to bear a lot more infection ... and the health-care system is going to have to bear the brunt of this burden, because I don't think you have the popular will for stay-at-home orders or broad mitigation," Gottlieb said, adding that the virus' spread would slow "if everyone would just wear masks." 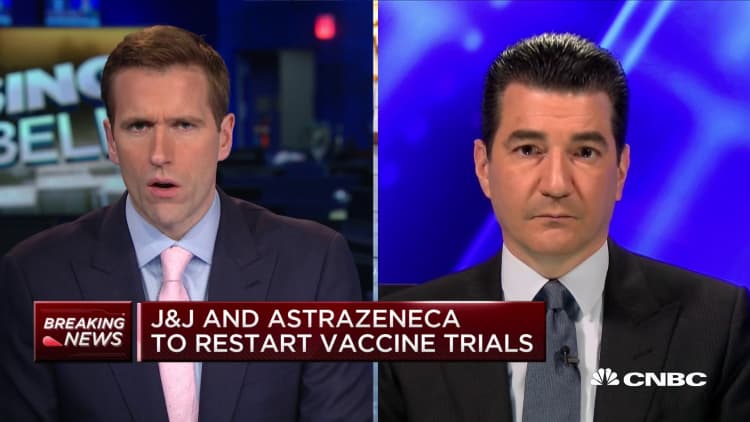 The recent surge is a "distressing trend" that is likely due to "smaller, more intimate gatherings of family, friends and neighbors" that are moving indoors as the weather cools, Jay Butler, the U.S. Centers for Disease Control and Prevention's deputy director for infectious diseases, told reporters on a conference call Wednesday.

The outbreaks are building throughout the country with particular areas of concern in the Midwest, Butler said. As of Friday, North Dakota, South Dakota, Montana and Wisconsin continue to report the highest number of new cases per capita.

Thirteen states reached record high hospitalizations on Friday, based on a weekly average. Many of them are in the West and Midwest, including Iowa, Montana, North Dakota, Nebraska, Ohio, Oklahoma, South Dakota, Utah, Wisconsin and Wyoming, according to a CNBC analysis of Covid Tracking Project data. 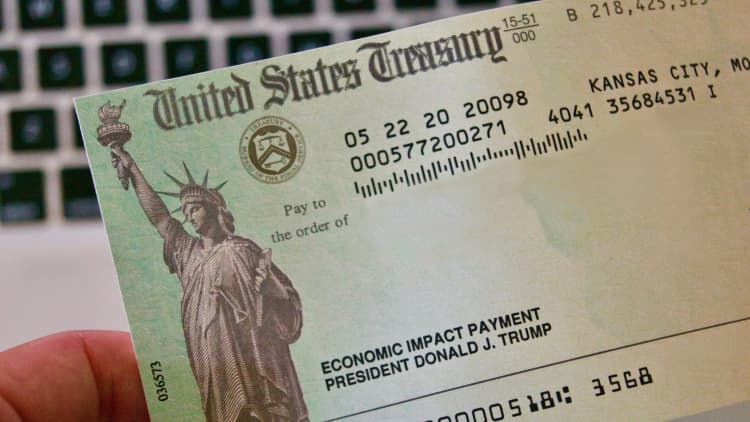 "When you enter the season of the cooler months of the fall and the colder months of the winter, where a lot of activity, out of necessity, is going to be inside as opposed to outside, that's a difficult and challenging situation to be in because you have a couple of factors against you," Fauci said.

Disclosure: Dr. Scott Gottlieb is a CNBC contributor and is a member of the boards of Pfizer, genetic-testing start-up Tempus and biotech company Illumina. He also serves as co-chair of Norwegian Cruise Line Holdings′ and Royal Caribbean's Healthy Sail Panel.