Fidelity Investments is preparing to launch its own bitcoin exchange-traded fund as the investment giant works to cement its clout in the market for digital assets and virtual currency.

FD Funds Management, a subsidiary of Fidelity, said on Wednesday that it plans to provide financial backing for an exchange-traded fund called the Wise Origin Bitcoin Trust.

The firm filed a Form S-1 with the Securities and Exchange Commission, a preliminary registration statement for the fund.

Fidelity confirmed that it filed a prospectus to sponsor a bitcoin ETF but said it could not offer further comment because of the preliminary nature of the filing.

The ETF, if approved by the SEC, will track the performance of bitcoin as measured by the movement of the Fidelity Bitcoin Index, a barometer the investment giant established to track the price of the digital currency.

Whether the SEC approves the plan, however, remains a key question. The regulator has not to date granted any company permission to create a bitcoin ETF, arguing that the market was not ready yet despite a growing number of applications.

Although the Fidelity-backed trust does not intend to sell bitcoin, it will use the cryptocurrency to pay certain expenses, which under current IRS guidance will be treated as a sale of such digital currency.

To be sure, Fidelity's bid to back a bitcoin ETF is far from its first venture into the expanding world of digital currencies.

It established Fidelity Digital Assets in 2018, a subsidiary that has since deployed its cryptocurrency custody and trade execution operations. The early endorsement was enough to draw clients ranging from institutional investors like hedge funds and family offices, according to its top executive.

Bitcoin, along with thousands of other digital coins, has seen a flurry of buying over the past 12 months as a growing number of investment managers and banks grow comfortable considering it as both a potential investment opportunity and a medium of exchange.

Though the world's largest digital asset has struggled in recent weeks, its current price around $52,430 is far above where it traded one year ago under $10,000, according to Coin Metrics. 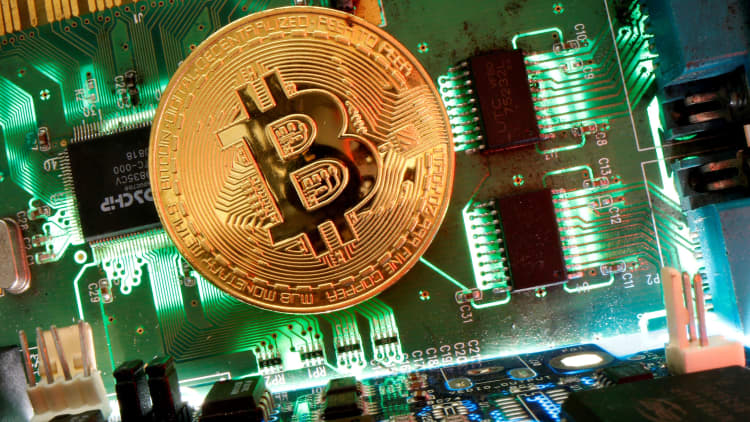